Chinese search engine Baidu has released an app that allows users to play high-end games atop their under-equipped devices.

The app essentially allows users to run resource-intensive games and apps on its cloud servers, instead of their own devices.

Baidu, popularly known as China’s Google, calls this app the ‘Cloud Phone’, since in essence it allows users to have a virtual phone on top of their original device.

Baidu is the first of a growing number of Chinese firms racing to market smartphones that run on the cloud, according to a report in KrASIA.

As per Cdrinfo, on the other end of Baidu’s ‘Cloud Phone’ is an ARM server and ARM virtualisation technology, supposedly developed independently by Baidu.

Besides streaming games, which really isn’t all that innovative, Baidu’s cloud phone also offers “cloud VR”. This service supposedly encodes both display and audio on remote cloud computes before streaming them to the user’s devices. Cdrinfo writes that this allows users to enjoy VR content without the headsets, which seems counter-intuitive.

We haven’t been able to verify the claims independently. But the possibility of leveraging the cloud for enabling low-end devices to punch above their weight seems like a smart move. If anything, this is one way to circumvent the planned obsolescence in devices.

Baidu’s service costs RMB 4 (US$0.6) per day, with discounts for monthly and yearly subscriptions. 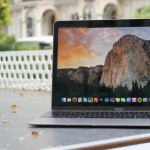 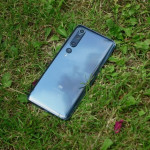 Don't miss a deal at Sephora
Best offers at Newegg
Discounts, Sales and Deals at Nike DE
Save your money with O2 Mobile
Online-Shopping with H&R Block
Best products at GoCompare