Despite being nearly synonymous with PDFs, Adobe’s Acrobat software hasn’t kept pace with the advancements we’ve seen the company’s competitors make to their online apps. In recent years, you’ve had to turn to the Acrobat desktop app if you wanted to access some of its more advanced functionality. But with Acrobat web’s latest update, Adobe hopes to change that.

Starting today, you can use the Acrobat web to add a password to a PDF, split a single PDF into multiple files, as well as merge multiple PDFs into a single file. Previously, those were all features you had to use the desktop app to access. Provided you pay for an Acrobat subscription, you can now also use Acrobat web to edit text and images in PDF.

The company is also making it easier to get to those features from your browser address bar. Back in July, Adobe started using Google’s .new domain to create handy shortcuts for quick access to specific Acrobat web features. With today’s update, the company is adding several new shortcuts, including one you can use to sign a PDF.

As for why it took Adobe so long to get to this point, the company told TechCrunch some technical challenges delayed the rollout of today’s new features. In particular, fonts made it tricky to make text and image editing available online. “We could have done it earlier, but it wouldn’t have been up to the standards of being fast, nimble and quality,” Adobe vice-president for Document Cloud told the publication. Late or not, if you use Acrobat web on a daily basis, you’re probably happy to finally have access to some new tools. 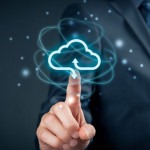 AWS and Microsoft are dominating the cloud market - for now 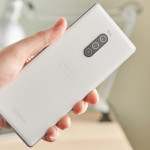 Don't miss a deal at Argos
Best offers at Currys
Discounts, Sales and Deals at Adobe
Save your money with Surfdome
Online-Shopping with Intuit Small Business
Best products at Groupon