Amazon cuts up to 30 percent off hard drives, SSDs and removable storage

Storage devices like external SSDs and microSD cards may seem like boring gifts, but for the tech-obsessed in your life, they’re some of the most useful gadgets you can give them. We saw a number of good deals on storage solutions during Amazon Prime Day last month, and if you missed them then (or just aren’t a Prime member), now’s your chance to grab a couple of the same deals. Today, Amazon’s running a daily deal on a bunch of storage devices from PNY, Lexar, Seagate and others, and one of the best deals is a Prime Day rehash: Crucial’s 1TB MX500 NAND SATA SSD is back down to $92, which is $23 off its normal price and an all-time low.

While the discount dollar amount may not seem high, this is a great sale because this Crucial SSD rarely drops below $100. It’s a standard 2.5-inch internal SSD that’s designed to work with both laptops and desktop, making it a good solution if you need more storage or if you want to upgrade from an HDD to a faster SSD. It also has AES-256 bit hardware encryption and integrated power loss immunity, which means all your saved files will remain intact even if you suddenly lose power.

You can also snag a couple of SD cards on sale from PNY and Lexar. While not quite as low as they were on Prime Day, Lexar’s Professional series 2000x and 1667x SD cards are discounted today and they’re best for photographers and videographers in need of a new, reliable card with a decent amount of space.

As for the rest of the sale, it includes a bunch of speedy, higher-end drives at good prices. To name a few: Seagate’s 16TB desktop expansion HDD has dropped to a record low of $275, WD’s 10TB Elements desktop hard drive is down to $150 and Toshiba’s 2TB Canvio Gaming portable hard drive is on sale for $60. While you can find internal and external drives with similar capacities for less, this sale is a good opportunity to grab a faster one at a cheaper price. 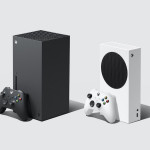 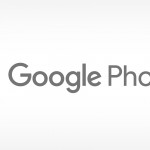 Don't miss a deal at Currys
Best offers at Go Daddy
Discounts, Sales and Deals at Argos
Save your money with Intuit Small Business
Online-Shopping with Groupon
Best products at Sephora