Amazon-owned home security company Ring has been accused of exploiting the emotion of fear to sell its doorbell cameras and sharing a “suspected” thief’s video as a promoted post on Facebook.

The e-commerce giant has been called out for promoting a culture where neighbours are encouraged to publicly suspect the worst about those they see and observe through the lens, The Verge reported on Thursday.

Most of that discussion has centred around Ring’s “Neighbours” app, an opt-in community where Ring owners publish their own videos.

“Is it legal for Ring or Amazon to use faces of people, suspected by their customers to have done crimes, in an advertisement? Especially given they have not consented or been convicted or anything. seems uhhh not right,” a Twitter user wrote in reaction to the video.

Meanwhile, a Ring spokesperson said this sort of sponsored post is actually a feature it supports, implying that this is not a one-off.

“Ring’s Community Alerts help keep neighbourhoods safe by encouraging the community to work directly with local police on active cases. Alerts are created using publicly posted content from the Neighbours app that has a verified police report case number,” the report quoted the spokesperson as saying,

“We get the explicit consent of the Ring customer before the content is posted, and utilize sponsored, geo-targeted posts to limit the content to relevant communities,” the spokesperson added.

On the other hand, the Mountain View Police Department (MVPD) said that the department, although grateful for the “additional outreach”, did not ask Ring to post the footage online.

As of now, it remains unclear whether Amazon would be investigated on this subject or not.

The idea seems to have raised questions about whether Amazon should be legally allowed to use somebody’s face to promote its brand and who would be blamed if the person alleged to be the criminal comes out innocent, the report added. 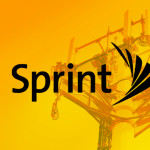 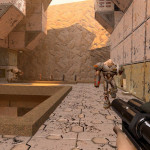 Don't miss a deal at Myprotein
Best offers at EE Mobile
Discounts, Sales and Deals at Brian Tracy
Save your money with TalkTalk Phone and Broadband
Online-Shopping with Marks and Spencer
Best products at Boohoo