Google has been clamping down on Android apps that abuse permissions, and that appears to have had a very tangible effect on the Play Store. As part of a larger piece explaining how Google continues to fight “bad apps,” the company revealed that there was a 98 percent drop in the number of Play Store apps accessing call log and SMS data in 2019. Simply put, an October 2018 policy against unnecessary access had its intended effect. The remaining 2 percent are apps that really do require call and text data to perform their core tasks, according to Google.

The internet pioneer also pointed to “improved vetting mechanisms” that stopped 790,000 policy-breaking apps from reaching the Play Store, and a May 2019 policy that asked developers to say whether or not apps were targeted at kids. Malware appeared to have ben kept at bay, too, with Google Play Protect blocking over 1.9 billion instances of non-Play Store malware.

As in the past, Google is painting a somewhat rosy picture. Malware remained a problem on Android in 2019, including rogue code delivered through compromised Play Store apps. It may also be difficult to completely stop permissions abuse even with Android 10 providing more control. Even so, this suggests that developers are getting better at respecting your privacy and reducing the amount of data they collect. 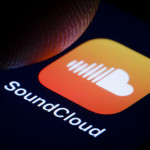 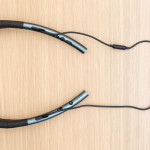 Don't miss a deal at Groupon
Best offers at Boohoo
Discounts, Sales and Deals at H&R Block
Save your money with Microsoft Store
Online-Shopping with Ticketmaster UK
Best products at Myprotein