If you’re in the market for a new pair of headphones, you’ll surely be familiar with Apple’s AirPods. The manufacturer has now upped the ante with a new “Pro” version, which adds active noise cancellation (ANC) to an already tempting formula.

There’s no getting around it, though: £249 is a lot to pay for a pair of earbuds. Can these high-end headphones justify the price?

Apple AirPods Pro review: What you need to know

The AirPods Pro are truly wireless in-ear buds that upgrade the standard AirPod design with ANC technology that monitors and filters out external noise. They look different, too: the stems are shorter, and now contain capacitive force sensors which can be used to control playback. There’s also a new set of silicone tips that fit snugly into the ear canal.

Thanks to this, the fit is secure enough for sports, and the AirPods Pro are sweat- and water-resistant, with a claimed battery life of five hours for the buds themselves (reduced to 4½ with ANC enabled) and a further 19 available from the pocket-sized carry case.

At £249, the AirPods Pro are undeniably expensive, but then there isn’t a great deal of competition when it comes to truly wireless headphones with ANC. The Sony WF-1000XM3, which cost £219, are brilliant but bulkier than the AirPods Pro and not really suitable for sports. The Libratone Track Air+ are daintier and a lot cheaper, at just £158, but the ANC isn’t as good as on the AirPods Pro, and I found that they fell out of my ears if I tried to wear them while working out.

If you don’t need ANC, the regular second-generation Apple AirPods are available for £159; good alternatives at this price point include the Jaybird Vista (£160) and the Jabra Elite 65t truly wireless buds (£149.99), which are both especially good for sports. 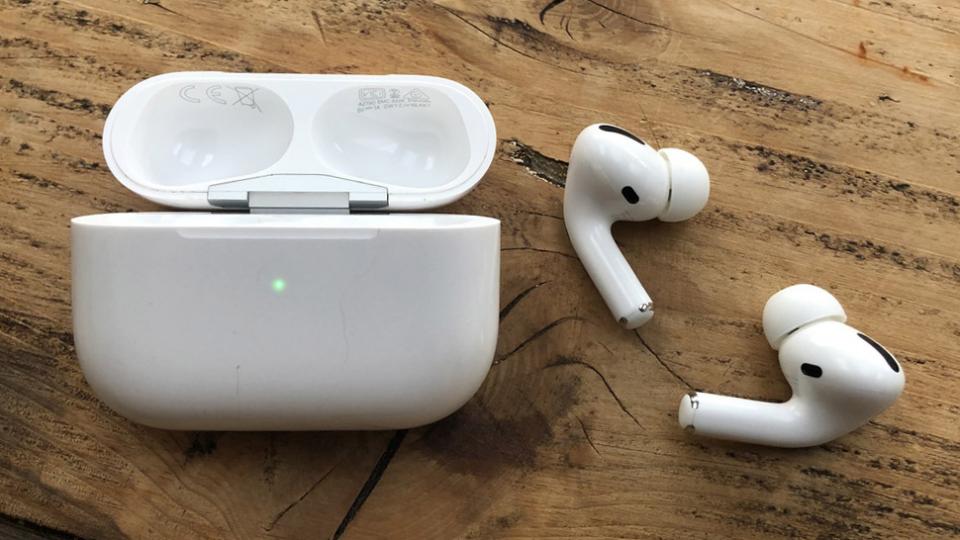 The AirPods Pro come with three sets of differently sized silicone tips in the box. That’s pretty standard in the world of headphones, but these ones have some nice distinctive touches. For one, the tips click securely into place on the bud, rather than being just jammed on – and if you go to the Bluetooth section on your iPhone you can carry out a quick three-second test to check that you’ve chosen the right-sized tip. It’s a clever trick: a short blast of music plays, and the AirPods Pro will automatically detect if you’ve gone too small or too large.

Once you’ve got the right tips in, the fit is tight and secure, yet incredibly comfortable. I wore the AirPods Pro pretty much all day for a couple of weeks and never experienced the slightest discomfort – and in general they’re a good tight fit. However, I did find that the AirPods could work a little loose when I was out on a run – not enough to fall out, but enough to break the seal and reduce the effectiveness of the ANC processing.

Predictably, the AirPods Pro work best with other Apple devices. Open the case near an iPhone and the AirPods will be immediately discovered, with a requester popping up that invites you to connect to them with one tap. Linking them to a MacBook or Apple Watch is almost as easy – just pop them in your ears and find the AirPods Pro on your list of Bluetooth devices.

On Android and other platforms the process is a little less obvious, but it’s still hardly complicated: you just have to hold down a button on the case to enable Bluetooth pairing mode so they can be found. Once connected I never had any dropouts using the AirPods Pro. 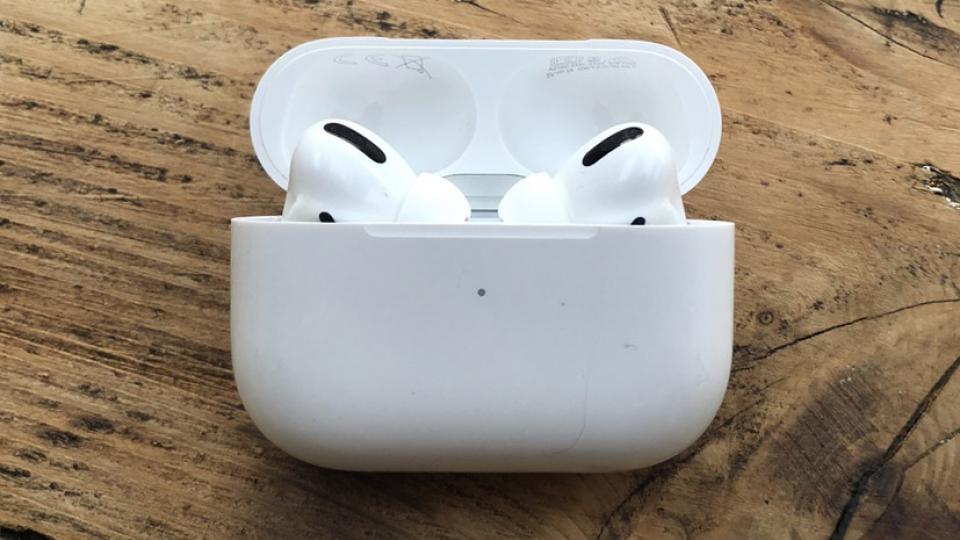 Another neat bit of design is a capacitive force sensor on the stem of each earbud, which replaces the tap controls of the regular AirPods. This can be used to control playback, and to switch between noise-cancelling and transparency mode, which mixes the sounds of the outside world into your ears to help you stay aware of what’s going on around you.

The squeezy sensor is perfectly pleasant to use, but I wish there were a volume control on the headphones; if you’re using an Apple device you can tell Siri to raise or lower the volume (as well as doing a multitude of other tasks, including reading out your messages), but that’s perhaps a little intrusive. On the plus side, I like the way that your music pauses automatically when you take the buds out of your ears.

The AirPods Pro aren’t waterproof, but their IPX4 rating means they are sweat- and water-resistant, so you should be fine to use them for almost all types of exercise (aside from swimming). I used the original AirPods for runs in all conditions without any problems on this front. My only complaint here is that when exercising it can be easy to accidentally tug on the stems when you’re trying to use the sensor controls.

The AirPods Pro case is also a little larger than the standard model, but it’s still smaller and lighter than the cases that come with the Sony WF-1000XM3 and the Beats Powerbeats Pro. It’ll fit easily into a pocket and weighs just 45.6g, making it a great travelling companion. It can be charged via a Lightning cable, or from a Qi-certified wireless charger, and a handy fast charge feature gives you an hour of music from a five-minute top-up. 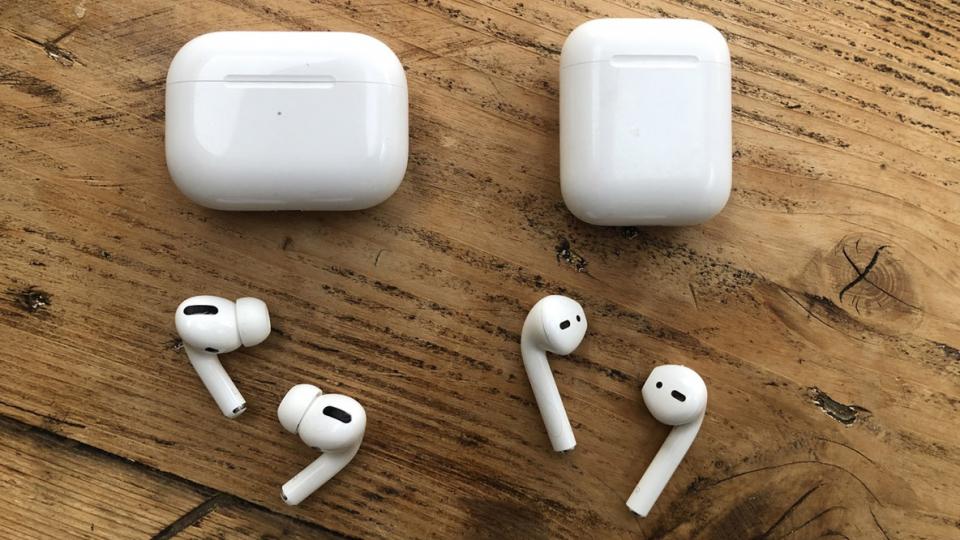 The AirPods Pro sound significantly better than the standard AirPods. Indeed, they stand up well against every other truly wireless bud I’ve tried. The bass feels solid but not overpowering, while mids and highs are clear and airy. You don’t get the feeling that the music’s being drummed into you at short range, which can be the case with some in-ear buds.

To be fair, if you prefer your bass to have a little more punch, the AirPods Pro might seem slightly weedy. They didn’t give as much rumbling energy to Massive Attack’s “Angel” as the Sony WF-1000XM3 did – although I was happy to forgive that when I heard how the vocals on “Unfinished Sympathy” simply shone through the mix.

The noise cancellation is impressive too. Unlike other ANC headphones, the AirPods Pro don’t offer multiple noise-cancellation levels to choose from; it’s all handled automatically, with the microphone inputs analysed 200 times a second to ensure accurate and responsive cancellation. As well as the outward-facing mic, an inward-facing microphone aims to eliminate internal sounds like the pounding of your footsteps, which can sometimes ruin the immersive feel of in-ear buds. I have to say, it works: when using the AirPods on a train or in a busy office, I found the noise cancellation strikingly more effective than that provided by the Libratone Track+ Air buds.

The transparency feature works very well too, using the outward-facing microphones to mix in external noise to the music you’re listening to, to help you stay aware of your surroundings. Ambient sound comes through far more clearly than if you were using regular, non-ANC headphones (or if you’d just switched the feature off), so this can be very useful when running on busy streets, or working in a location where you can’t just zone out.

You can conveniently switch between ANC and transparency modes by holding down the sensor on either bud – but if you want to maximise battery life by turning both off, this has to be done on your phone.

Although they are not fully waterproof like some sports headphones, such as the Jaybird Vista buds, the Apple AirPods Pro do have an IPX4 rating, which means they are water and sweat resistant. That’s not quite as rugged a design as other buds, but it is the same rating as the original AirPods, which I used for running almost daily for many months in all weather without any problems.

The fit, rather than the durability, of the AirPods Pro might cause more problems for those using them as sports headphones. I found that the in-ear bud would slowly ease itself out of my ear canal during a run, not to the point that the AirPod Pro would suddenly fall out – I could easily adjust them and push them deeper long before they got near to dropping, but it was something I needed to be aware of during exercise.

That said, the fit will differ from person to person. I know several other people who have had no such problems with the AirPods Pro, so you might never need to adjust them during your sports. I also found that the buds were comfortable to wear even under a hat or headband, whereas some in-ear headphones dig into the ear when trapped beneath fabric.

I loved having the ANC and transparency modes for my running, being able to quickly switch to the latter when on busy roads so I could hear more of the world around me, then back to ANC when it was safe to zone everything else out.

An off button would be handy on the buds for those occasions when you just carry them with you without the case, and want to pop them in your pocket for an extended spell without running the battery down. This is a fairly minor complaint, but when you’re waiting at the start of a marathon having dropped your bag off, you want to preserve the battery on the buds for the race. The last thing anyone wants is for their musical motivation to drop out before the finish line is in sight.

All-in-all, the AirPods Pro are brilliant sports headphones and have become my go-to option, even ahead of the likes of the Jaybird Vista and Jabra Elite Active 65t, which are more explicitly aimed at an active audience. That’s because the connectivity on the AirPods Pro always works, they sound brilliant, and the ANC is an absolute joy to use when possible.

The AirPods Pro are a brilliant set of headphones. You can happily wear them all day, shutting out the roar of public transport when you want to, and switching to transparency mode when you need to engage with the outside world. A good fit and water-resistant design makes them suitable for the gym as well.

Perhaps most importantly, they sound great. Those who love particularly bass-heavy music might prefer Sony’s competing earbuds, but overall they give a fantastic audio performance. Yes, the price is steep, but if your budget will stretch to it, the AirPods Pro won’t disappoint. 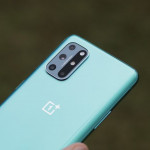 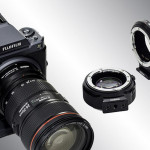 Don't miss a deal at H&R Block
Best offers at Mobiles
Discounts, Sales and Deals at Vodafone UK
Save your money with Groupon
Online-Shopping with EBay DE
Best products at EE Mobile