According to an investigation by The Washington Post and the Tech Transparency Project, companies including Apple, Amazon and Tesla are sourcing parts from a Chinese supplier that allegedly uses forced Muslim labor. The Tech Transparency Project found documents detailing how Lens Technology uses “thousands of Uyghur workers from the predominantly Muslim region of Xinjiang” in its factories. The Post describes Lens Technology as a long-time, major partner of Apple, with a history going back to the “early days” of iPhone production.

“Our research shows that Apple’s use of forced labor in its supply chain goes far beyond what the company has acknowledged,” director of the Tech Transparency Project Katie Paul said to the Post. “Apple claims to take extraordinary measures to monitor its supply chain for such problems, but the evidence we found was openly available on the internet.”

An Apple spokesperson told the publication that the company confirmed Lens Technology “has not received any labor transfers of Uyghur workers from Xinjiang.” The company’s supplier progress report states that Apple conducted 1,142 “assessments” across its entire supply chain in 49 different countries in 2019 to enforce its Supplier Code of Conduct and the Supplier Responsibility Standards, but declined to tell the Post whether Lens was among the companies it audited. In November, Apple spokesperson Josh Rosenstock told the Post that the company “conducted a detailed investigation with our suppliers in China and found no evidence of forced labor on Apple production lines.”

The issue of forced Uyghur labor in China has gained increased attention this year; Congress introduced a bill earlier this year that would keep goods made with forced labor in the Uyghur region of China from entering the US and that companies would be held responsible for such human rights violations. The bill passed in the House back in September, but since then it was revealed by both The Information and The Washington Post that Apple paid to lobby Congress to essentially water down the bill. Nike and Coca-Cola have reportedly been pushing back against the potential legislation through lobbying, as well. Though it already passed in the House, the Senate has yet to vote on it.

Publicly, Apple has been consistent on its stance around forced labor: CEO Tim Cook testified in a congressional hearing in July, saying that “forced labor is abhorrent. We would not tolerate it in Apple.” Cook also said that the company would terminate any relationships with suppliers that used forced labor — but the Post says that Lens Technology is one of “at least five” companies in Apple’s supply chain that allegedly use forced labor.

This is hardly the first time that Apple has come under fire for its labor practices in China. For much of the last decade, the company dealt with issues arising from poor working conditions at factories throughout China, perhaps most notably at the Foxconn manufacturing facilities. The company appears to have improved things in recent years, but issues still persist, like more recent claims around reports of student workers in factories. Similarly, both Amazon and Tesla have also had their share of claims of labor violations and foreign worker abuse.

Buzzfeed News has been reporting extensively on potential human rights violations in the Xinjiang region of China, detailing how the country has built a huge number of prison camps in the last few years as it ramps up a campaign against Muslim minority groups like the Uyghur. Yesterday, the publication revealed that it had found evidence of more than 100 factory buildings right on the site of prison camps where it could force detainees to work. All told, Buzzfeed News estimates that more than one million Muslim minorities have been detained in China since 2016.

China, meanwhile, is working with the European Union on an investment deal that would include provisions that the country would “make continued and sustained efforts” to work on banning forced labor. Given the alleged mass imprisonment and forced labor in the Xinjiang region, though, China clearly has a lot of work to do before its claims of combating the issue can be taken seriously. 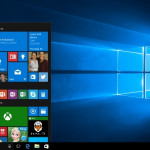 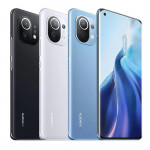 Don't miss a deal at The Home Depot
Best offers at Vimeo
Discounts, Sales and Deals at Farfetch
Save your money with Marks and Spencer
Online-Shopping with Udemy
Best products at H&R Block