The leaked cases corroborate everything we have heard about the upcoming iPhones.

Apple’s upcoming iPhone 7 Plus is turning out to anything but boring. While there have been many rumors suggesting interesting twists about the iPhone 7 and iPhone 7 Plus, we have come across yet another leak that seems to corroborate what we gave heard so far. The images are from iPhone case makers Olixar, which reveals the dual camera setup and the Smart Connector on the bigger iPhone.

Leaked cases ahead of the annual iPhone launch event have become a tradition but many of them turn out to be hoaxes at the end. However, these cases confirm some of the past rumors like the much-rumored dual-camera setup on the back. While the iPhone 7 will reportedly be 6mm thin, the images show that bigger variant, the iPhone 7 Plus, sports a Smart Connector that will be used for pairing accessories like the iPad Pro.

KGI Security analyst Ming-Chi Kuo had mentioned that the 5.5-inch iPhone 7 Plus would sport 3GB of RAM, an extra 1GB to meet the demanding processing needs of the rumored dual-camera setup. Some recent rumors, Apple may finally ditch the base 16GB variant and start with 32GB storage as the base version.

The iPhone 7 is also expected to include some sort of water and dust proofing capabilities, long-distance wireless charging from a distance of up to 15 feet, and the design is also likely to do away with those annoying antenna bands at the back. That’s not all; from the leaked CAD designs we’ve seen before, the 3.5 audio headphone jack is expected to be sacrificed to make way for thinner design. 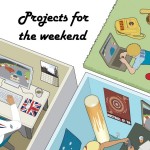 Essential projects for the weekend 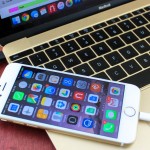 Don't miss a deal at House of Fraser
Best offers at Argos
Discounts, Sales and Deals at Marks and Spencer
Save your money with Myprotein
Online-Shopping with EE Mobile
Best products at Intuit Small Business