Apple Maps gets a much-needed revamp

Back when Apple Maps debuted, it was often derided for lacking a lot of detail, especially when compared to Google Maps. Now, with iOS13, that appears to be changing. At WWDC, iOS lead Craig Federighi showed off a new Apple Maps that is much more detailed, more three-dimensional ​​​​​​with a much better user interface for navigating the map.

Other features of the new Maps include a binoculars “Lookaround” view that lets you have a street-level view of the map, similar to Google Street View. You know those rumors of a self-driving Apple car? It turns out they were just LiDar-equipped vehicles sent out as part of this new Maps revamp. You can also add certain spots to Favorites, or create a Collection of your favorite hangouts to send to friends. There’s also an option to update people with your estimated time of arrival.

According to Federighi, maps has been designed to be private and secure, with no need to flip a switch to enable it. 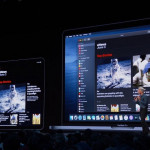 Is Apple dumbing down our Macs by putting iPhone apps on them? 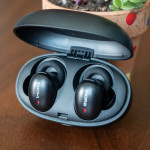 Don't miss a deal at Mobiles
Best offers at Farfetch
Discounts, Sales and Deals at Vimeo
Save your money with Intuit Small Business
Online-Shopping with Nike DE
Best products at Boohoo