Apple is reportedly in talks to buy Intel’s German modem business as it seeks to take more control over the iPhone’s supply chain.

The Information says talks between the two companies started last year, with Intel eager to sell off its modem division.

Intel has supplied Apple with modem chips since 2016, supplanting Qualcomm, but has struggled to keep pace with its rival. Earlier this year, Intel abandoned plans to build 5G modems after missing a number of deadlines for development of a chip that would have powered the first next generation iPhone in 2020.

Apple has moved to design more of its components itself in recent years in order to gain more control over cost, development and timelines. This allows the firm to differentiate against Android manufacturers who source from a pool of suppliers.

The Cupertino-based company has made its own processors for the iPhone and iPad since 2010, while in 2017, it announced it planned to stop including UK chip manufacturer Imagination Technologies’ graphics technology in favour of an alternative developed in-house.

However, developing a modem chip is a complicated and expensive exercise. Apple has already set up shop in San Diego, hoping to attract engineers over from Qualcomm, but it might not be until 2025 that the first iPhones with Apple-designed modem chips will appear. Acquiring part of Intel’s business would be a huge boost.

Last year it bought UK-based power management chip firm Dialog Semiconductor in a deal that involved patents, staff and products and it is speculated that any deal with Intel would be similar. The German part of Intel’s modem business is the most integral and originates from the 2011 acquisition of Infineon, which saw more than 1,000 engineers join Intel.

A number of senior executives that made the transition are now at Apple, adding strength to the reports. 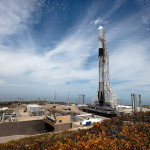 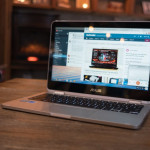 Don't miss a deal at Vimeo
Best offers at Brian Tracy
Discounts, Sales and Deals at Carphone Warehouse
Save your money with Marks and Spencer
Online-Shopping with Argos
Best products at Ticketmaster UK