Apple really, really doesn’t want you replacing your own iPhone battery. It has rolled out new software that detects if a battery has been installed which lacks an official authentication key and displays a warning about the battery’s health.

The issue, first spotted by iFixit, affects the iPhone XR, XS and XS Max devices running iOS 12 and the iOS 13 beta. If you replace your own iPhone battery or get it replaced by an unauthorized repair shop, when you head to the Battery settings page you’ll see a message:

Unable to verify this iPhone has a genuine Apple battery. Health information not available for this battery.

This message usually appears when there is a problem with the battery and it needs to be replaced. Now, however, this message is shown even if the battery you installed is genuine, brand new and working fine.

It seems that Apple is trying to scare off iPhone owners from getting a battery swap done at anywhere other than an authorized service provider. On the other hand, authorized repair outlets are guaranteed to use official parts and to perform repairs according to proper routines.

Apple had appeared to be easing up on its campaign against third-party battery swaps, as it reversed its policy against repairing iPhones with replaced batteries earlier this year. However, the company has introduced similar software limitations in the past to prevent users from repairing other Apple products such as MacBook Pros.

iFixit called the new battery message “user-hostile” and said the decision to add a warning after legitimate repairs is not about protecting users but is actually about “preventing you from having any autonomy with a device you supposedly own”. Apple continues its fight against the right to repair movement which campaigns for the right of users to modify and repair technology that they own. 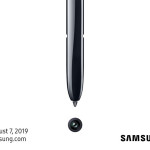 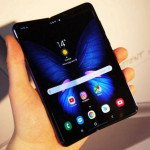 Don't miss a deal at Nike DE
Best offers at Myprotein
Discounts, Sales and Deals at Adobe
Save your money with Brian Tracy
Online-Shopping with Farfetch
Best products at John Lewis