Apple Watch 6 could be faster, more reliable and water resistant

We still don’t know much about the Apple Watch 6, but reputed analyst Ming-Chi Kuo has new predictions for the models coming in 2020: faster speeds, improved wireless connectivity, and better water resistance.

That’s all thanks to the switch to liquid crystal polymer (LCP) materials in the circuit boards coming in the company’s next wearable, the Apple Watch 6, Kuo reportedly claimed in a research note with investor firm TF International Securities – a note seen by MacRumors. (Series 5 models and prior use polymide (PI) instead.)

Exactly how the LCP directly improves performance in these areas is unclear. Conceivably, faster internal connectivity could improve the Apple Watch 6’s Wi-Fi and cell speeds – and perhaps speed up other processes on the smartwatch. On the other hand, it’s very likely that the wearable will come with a faster S6 chipset given each Apple Watch has come with a newly-iterated processor in the S-line (the S5 in the Apple Watch 5, S4 in the Watch 4, and so on).

As for the water resistance, the Apple Watch 5 is rated to resist up to 50m of water, so it’s unclear how new internal materials could improve this capability.

Apple Watch 6 – what it could improve on

The Apple Watch 5 only included a handful of improvements over the Apple Watch 4, including an always-on display, an added compass to show direction in the Maps app, and noise detection – not exactly essential upgrades.

The Apple Watch 6 could receive similarly underwhelming iterative upgrades, but given how few rumors we’ve seen, it’s hard to tell what Apple has planned. We do, however, have a few ideas on how the next Apple smartwatch could improve – most importantly, longer than single-day battery life. 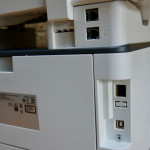 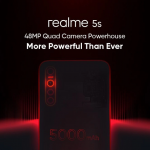 Don't miss a deal at Surfdome
Best offers at Go Daddy
Discounts, Sales and Deals at Bodybuilding
Save your money with Virgin Media
Online-Shopping with Groupon
Best products at Argos