Bloomberg’s predictions proved accurate at Apple’s September iPhone event held in Cupertino on Tuesday. The company announced on stage that the iPad’s 9.7-inch base model will slightly increase in size, to 10.2 inches, for its 7th generation. This move follows April’s revamping of the iPad Mini and iPad Air lines. The new iPad is “designed to make the most out of iPadOS,” Apple VP Greg Joswiak told the assembled crowd. It offers a number of new features and design tweaks including a redesigned home screen, deeper Apple Pencil integration, and improved multitasking controls. Best of all, it will also offer a smart connector which allows you to strap on the optional ($159) full-size keyboard, which also doubles as a protective cover. If you prefer to use the onscreen keyboard, a simple pinch on the screen will transform it to a floating keyboard that can be used one-handed.

Despite the display’s increased real estate and feature set, the 7th gen iPad will cost the same amount as its predecessor: $329 for the Wi-Fi model and $459 for Wi-Fi + LTE. The starting price will increase slightly for UK customers to £349. You’ll have your pick between 32GB and 128GB hard drives. The new model will be available with a 100 percent recycled aluminum chassis in silver, space gray and gold finishes. It ships on September 30, though you can put your order in today. 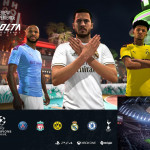 FIFA 20 Demo for PlayStation 4, Xbox One, and PC is Now Live Ahead of September 27 Release 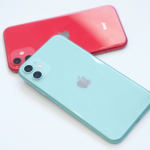 Don't miss a deal at Turbo Tax
Best offers at Ancestry
Discounts, Sales and Deals at Bodybuilding
Save your money with Virgin Media
Online-Shopping with John Lewis
Best products at GoCompare