Apple last launched an updated iPad Pro in June 2017, which has us thinking that new models must be on the way in the not-too-distant future – and we just got a hint about some of the changes that might be coming to the next series of tablets.

Japanese site Macotakara, which has a reasonable record in predicting Apple’s moves ahead of time, says that the 12.9-inch and 10.5-inch iPad Pros are set to get smaller overall, even while the screen size stays the same. In other words, the tablets are going to join the iPhone X in ditching bezels almost completely.

With the bezels shrinking, the iPad Pros will adopt Face ID, Macotakara says – something we’ve heard before, and which makes perfect sense. The site claims Face ID on the iPad Pro will only work in portrait mode though, which doesn’t make much sense at all.

The report also claims the next batch of iPad Pros are going to ditch the 3.5 mm headphone jack so everything has to go through the Lightning cable, which again wouldn’t be a huge surprise and would follow what Apple has done with the iPhone. If you haven’t bought some AirPods yet, now might be the time.

All the signs point to Apple bringing out some new iPad Pros before the year is out, though as yet there’s been no official word. They might even get unveiled alongside the new iPhones, though they could also turn up a month or two afterwards. 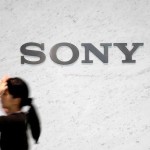 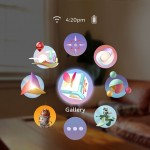 Don't miss a deal at Mobiles
Best offers at Currys
Discounts, Sales and Deals at Groupon
Save your money with EE Mobile
Online-Shopping with Carphone Warehouse
Best products at Sky