There’s no denying that the Asus Mini PC ProArt PA90 can swallow anything you throw at it, but it comes at an exceptionally high price. It’s also not the easiest to upgrade, which doesn’t bode well for those looking to swap components in the future.

The Asus Mini PC ProArt PA90 is a peculiar thing. It’s got workstation-grade internals, yet Asus insists on slapping on the ‘Mini PC’ moniker. This PC may be sleek enough to hide away in a small space, but there’s nothing mini about what this beast can do.

Asus is squarely targeting the creative types with the PA90, especially for those working with CAD software or manipulating 4K video footage. It’s a PC that’s more than capable of handling demanding workloads, but that sort of immense power comes at a rather steep price tag and some limited upgrade paths.

The PA90 comes in a variety of configurations, all powered by either an Intel Core i9-9900K or i7-9700K processor, and up to 64GB of DDR4 RAM. You’ll also get the power of an Nvidia Quadro P2000 or P4000 graphics card to handle GPU-intensive applications.

The cylindrical shape of the PA90 gives it a much smaller footprint than a normal tower PC, so you’ll be able to place the PA90 alongside your monitor rather than trying to hide it under your desk.

A unique element to the PA90 is its top cover. Once you boot up the PC, it raises upwards to allow air to flow in and cool the device. The cover automatically adjusts its height to let in up to 38% more airflow in automatically, depending on what core temperatures are running at. Also keeping the PA90 cool is a liquid CPU cooler with a fairly large heatsink, so even under demanding workloads the PC doesn’t get alarmingly hot. 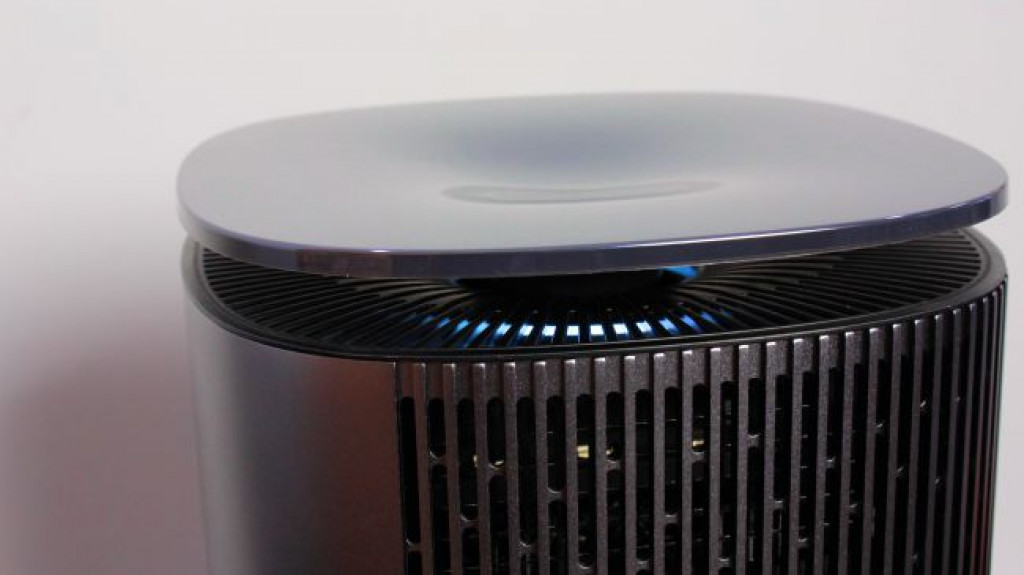 Three-quarters of the PA90 is surrounded by a metal grille, which lets air flow freely in each direction. Even under heavy workloads, the PA90 remains fairly quiet, but airflow around the side near the heatsink definitely heats up as the system works had to keep everything in check. 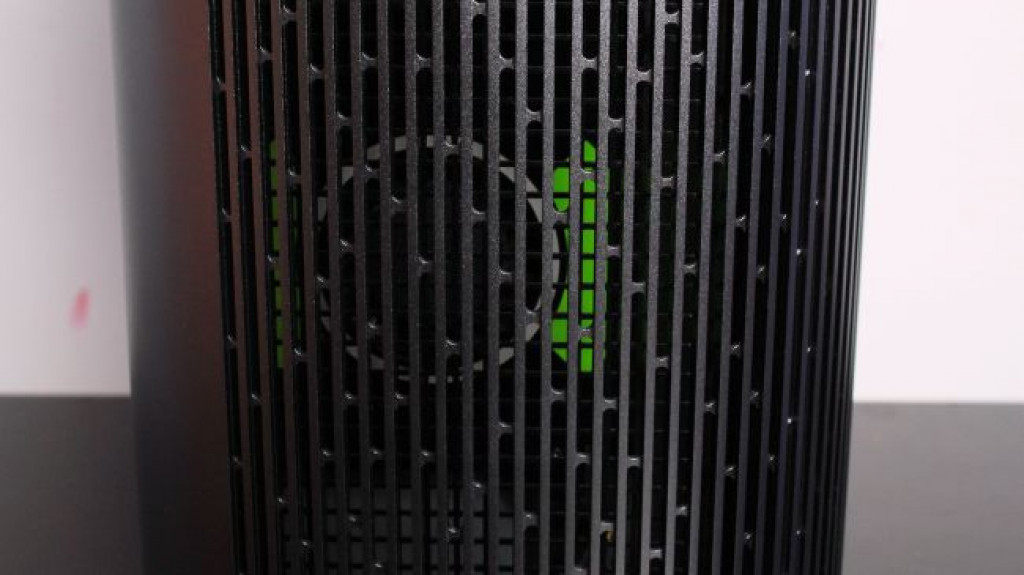 The majority of the PA90’s ports are located in the rear of the device, including the four DisplayPort connections. You won’t find any HDMI connections here, which is probably for the best as DisplayPort connections tend to give better refresh rates and color accuracy for design programs. There are also two USB 3.0 Type A ports, as well as two USB Type-C ports for newer devices. There are also two more USB 3.0 Type A ports in the front which brings the total to four ports, but personally speaking we would have liked at least six USB Type-A ports just to ensure that peripherals such as graphic tablets and other USB devices have enough free ports to connect to. 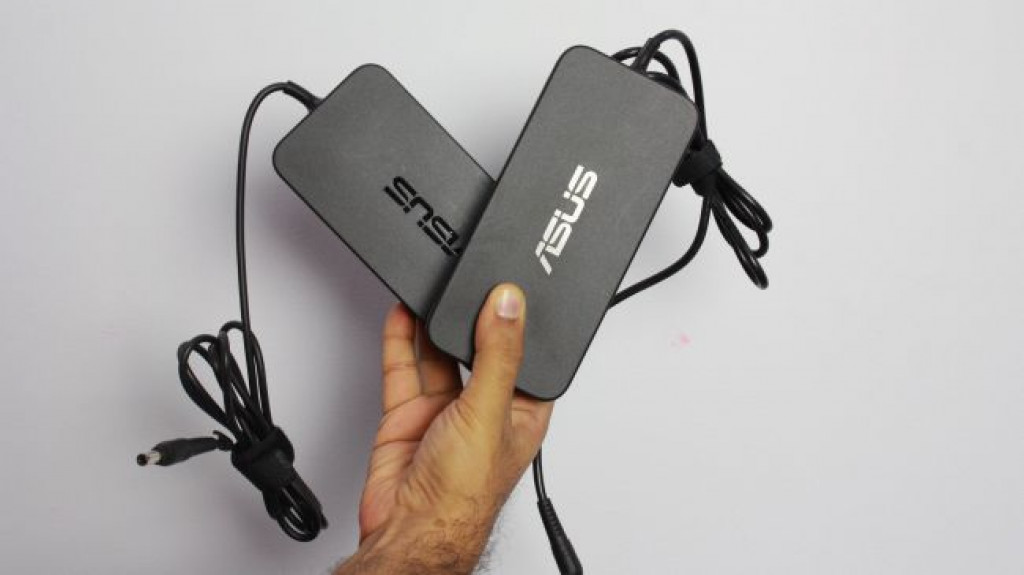 Probably the most bizarre thing about the PA90 is the fact that it requires two power bricks to run – one that powers the CPU and one that powers the GPU (each 230W and 180W). This makes cable management a bit of a challenge, as you have to secure the power cables as well as the bricks themselves, depending on how you set up the PA90.

While most tower PCs are easy to get into to upgrade components, things can get a bit challenging when tackling upgrades in the PA90.

Other manufacturers now offer tool-less access to the innards of their PCs, the PA90 needs a fair bit of elbow grease to get into. First you have to unscrew not just four standard Philips screws, but four Torx screws as well. This should already be your first indication that Asus doesn’t want users fiddling around inside the PA90 themselves. 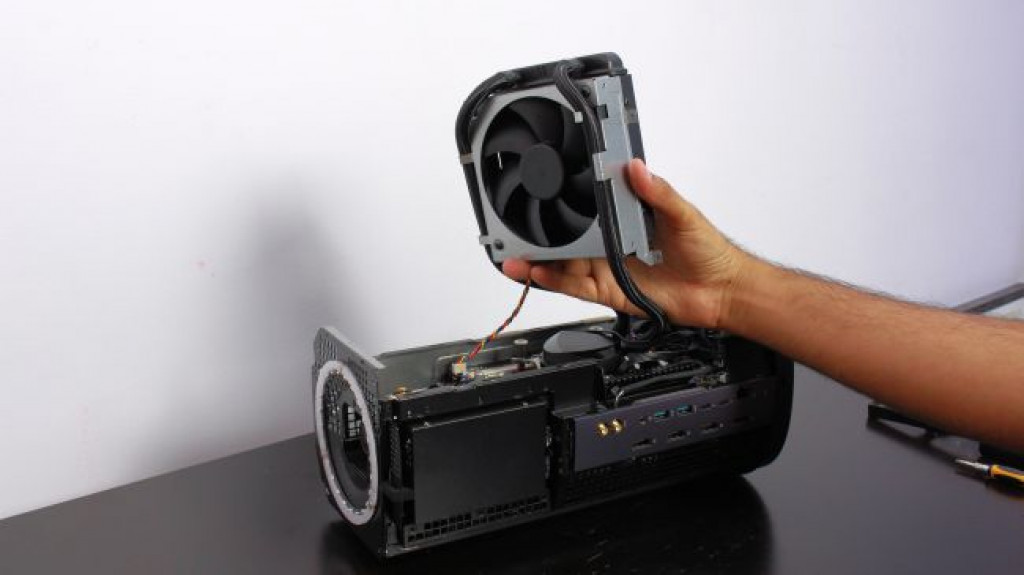 Once you’ve got the screws off, the metal grille slides upwards, revealing the core components on each side. On one side you have a small metal box which houses a 2.5” storage drive (either SSD or HDD). This can be upgraded by removing a total of eight screws, which isn’t too much of a hassle. There’s also a spare M.2 slot at the bottom of the board for additional storage, or for utilizing Intel Optane memory.

On the other side you’ll see the graphics card – in our case the Quadro P4000 – which is further protected by another four screws and a piece of plastic. The card itself looks straightforward enough to try and swap out, however on closer inspection there’s a different story to tell, with the card being held in place by even more screws at the back, and a section of the top was covered in black tape.

We were weary of trying to dive any further lest we permanently damage something, but it’s clear that whatever card you configure the PA90 with, you’re going to be stuck with it. There’s no chance you’ll be able to swap in any kind of newer card in the future, just because of the chassis design and power distribution. 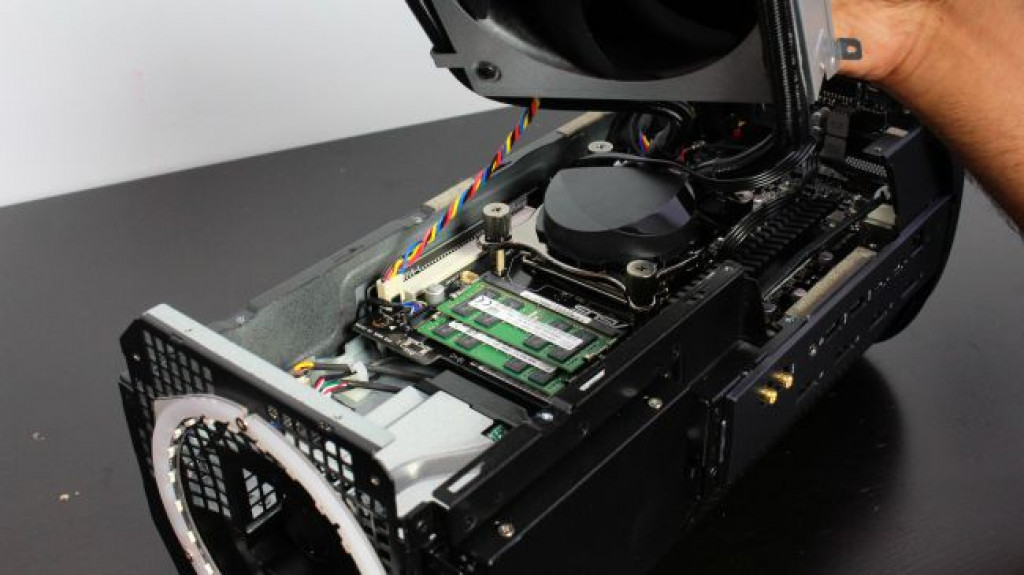 Our review unit came with 64GB of RAM, and accessing the memory slots proved to be another challenge. They’re located directly under the CPU heatsink, so only after you’ve safely unscrewed the heatsink can you access the two memory slots. We did spend an absurd amount of time trying to see if there were other memory slots as well, but again we didn’t want to break anything in our search – all you need to know is that you can comfortably slot in a total of 64GB of RAM, which turns the PA90 into an absolute powerhouse.

So the PA90 looks good and has plenty of power, but just how does it actually perform? We subjected it to a number of benchmarks as well as real-world tests to see exactly what the results would be.

The PA90 handled all of our benchmarks with ease, blitzing through them one after the other without any trouble at all. Stress CPU testing using Prime95 saw core CPU temperatures hit close to 90C, but then quickly dropped down to the 80-85C range once the PA90 increased airflow to keep itself cool. This hardly had any effect on noise levels either – the PA90 will probably be quieter than the hum of an office air conditioner, so full points to Asus for managing to keep this beast both cool and quiet under tough workloads.

Our next series of tests would feature more workstation-level testing as well as real-world use. The Cadalyst Benchmark Test – which specifically benchmarks AutoCAD performance – came up with a score of 733 overall, which shows a strong capability for 2D and 3D rendering and calculations. In Adobe’s suite of programs, Premiere Pro took 1 minute and 12 seconds to render a one minute 4k video file, and 21 seconds to render the same file to Full HD. Adobe After Effects took around 8 minutes to render a 4k animation file to mp4, consisting of 27 individual layers, and about 4 minutes and 15 seconds to render the same file in Full HD resolution.

That may seem like a long wait time, but After Effects is a CPU-intense program, and given the complexity of the project we were rendering, these timings were more than acceptable. Comparatively, we let the same project render on our standard video editing PC in the office (i7 processor, 16GB RAM, GeForce 1070) and it took almost 12 minutes to render the same Full HD file – almost more than double the time.

We next tried out SPECviewperf 13 and SPECworkstation 3, which run a variety of industry-leading applications that focus on 3D animation and rendering. The results showed the true potential of the PA90 as a workstation powerhouse, regardless of what application you’re running on it. 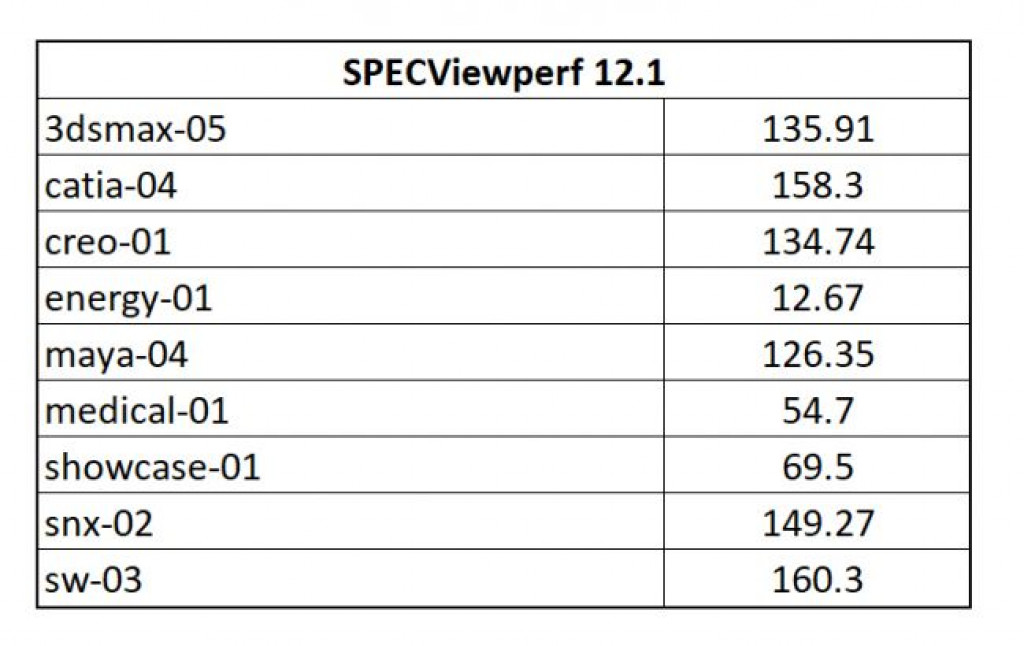 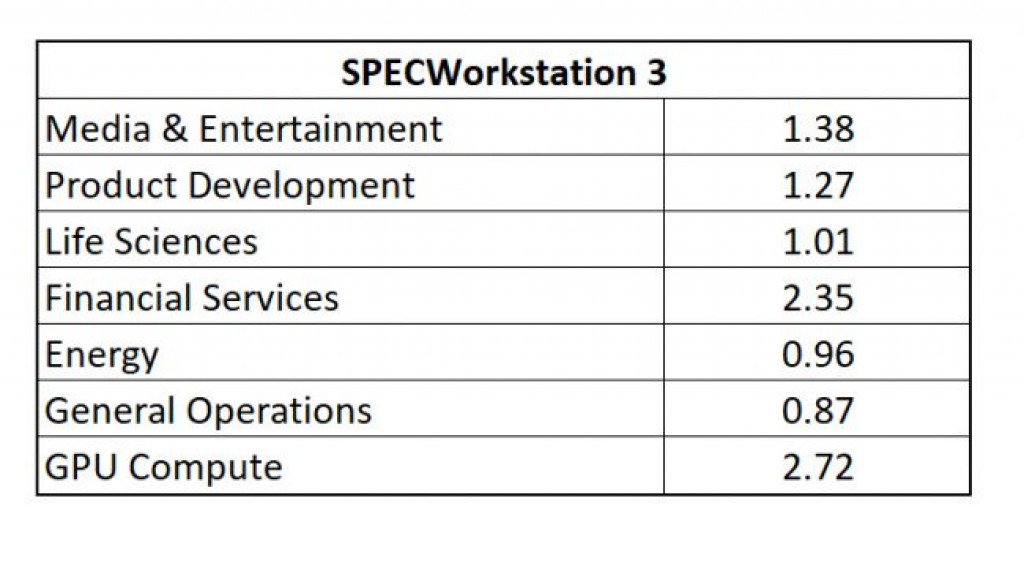 Storage tests in CrystalDiskMark showcased the insane speeds of the M.2 drive, which far outperformed the secondary hard drive. 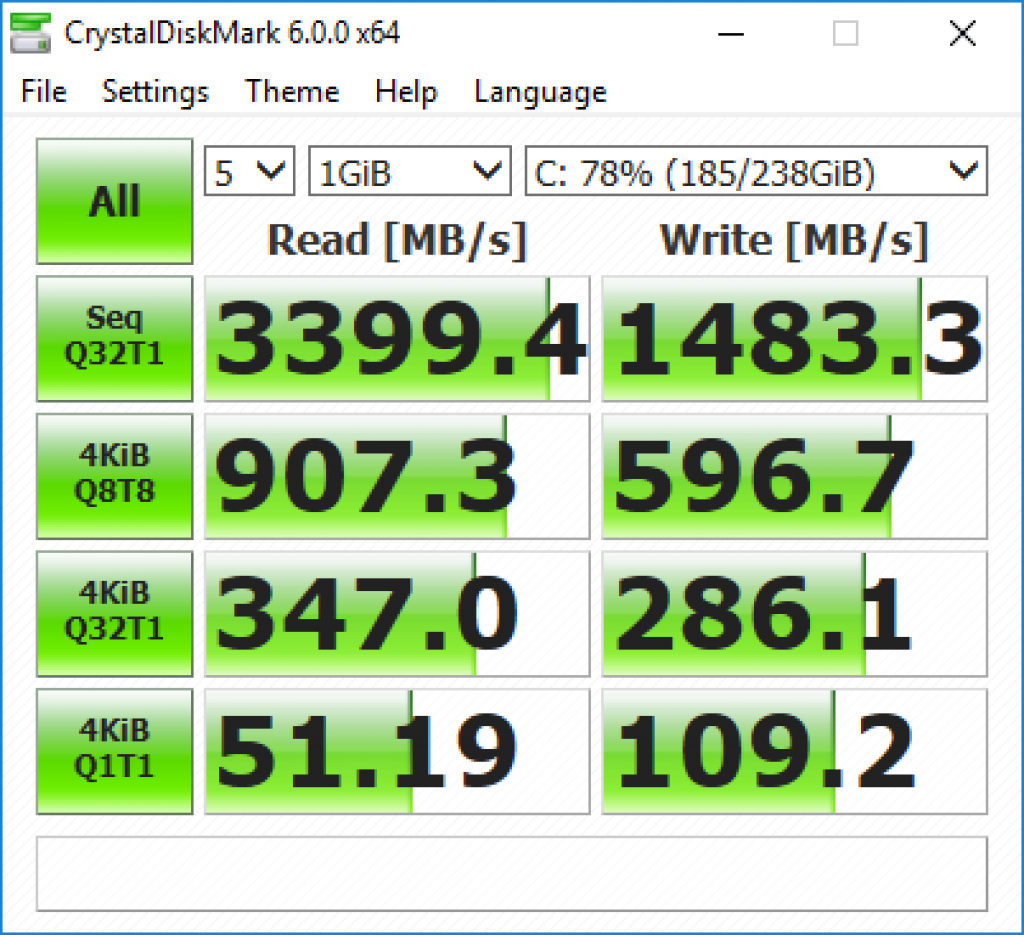 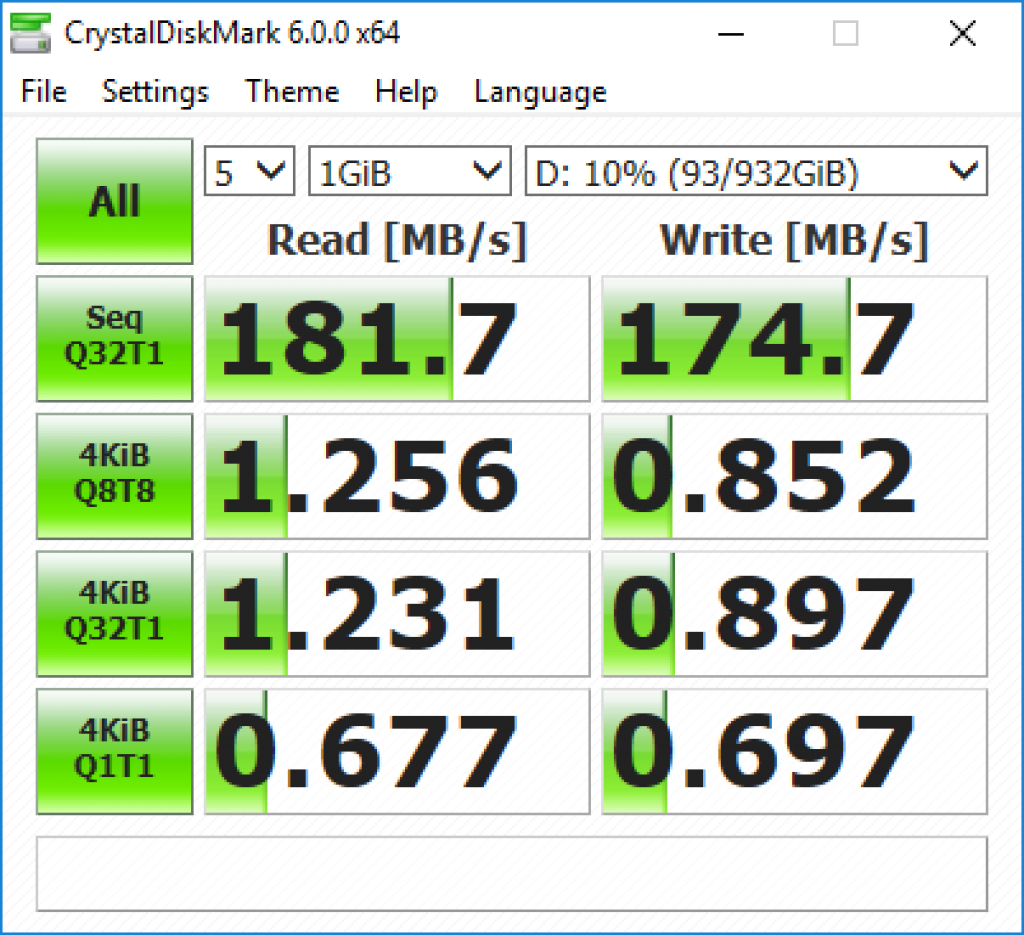 While the PA90 isn’t really marketed as a gaming machine, it’s more than capable of running games as well. We fired up Shadow of the Tomb Raider and cranked everything up maximum detail settings. At 4k resolution the game has an average framerate of 38.97fps, but when we dropped the resolution to 1080p, the framerate jumped to 82.44fps. So for those moments when you just need a bit of a distraction from your work, you can jump into pretty much any modern videogame and experience smooth visuals and gameplay throughout.

The Asus Mini PC ProArt PA90 is not to be messed around with. The sheer power this innocent looking PC can dole out is ridiculous, and anyone who’s in need of that kind of performance will certainly appreciate it. From 3D rendering to smoothly handling 4k video, the PA90 can be used in almost any scenario, and can even handle the odd game or two during a quick lunch break.

An important talking point will be the PA90’s upgradability. While tower PCs are fairly easy to swap components in and out over time, the only thing you’ll be able to comfortable change here is the RAM and storage options. That means you’ll have to be 100% happy with the PA90 configuration you opt for, especially with the graphics card. If you’re happy to shell out the extra cash to opt for a configuration that will last you for a lot longer, then the PA90 is a great recommendation that will annihilate anything you throw at it. 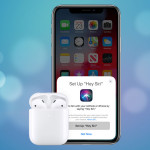 Don't miss a deal at Myprotein
Best offers at EE Mobile
Discounts, Sales and Deals at Mobiles
Save your money with EBay DE
Online-Shopping with Nike DE
Best products at Surfdome