Australia announced on Monday that it will begin forcing Google and Facebook to pay news companies for content, in a landmark move aimed at shielding traditional media from the tech giants’ digital dominance.

Treasurer Josh Frydenberg said a mandatory code of conduct to be unveiled by July would require the firms to reimburse Australian media companies for using their news and other content.

It comes just weeks after France’s competition authority ordered Google to negotiate with publishers over payments to reuse snippets of content in its news aggregator and Google Search.

Google and Facebook have had a huge impact on Australia’s news industry, with the number of newspaper and online journalists falling more than 20 percent since 2014 as digital advertising revenues were overwhelmingly captured by the two titans.

The new regulations follow an 18-month inquiry into the power of digital platforms by the Australian Competition and Consumer Commission (ACCC), which recommended an overhaul of existing regulations.

Frydenberg said the government was imposing the measures after discussions on a voluntary code failed to make headway, with the impact of the coronavirus pandemic on advertising revenues hastening the need for action.

“That hasn’t made meaningful progress so now we are taking the decisive decision to create a mandatory code, seeking to be the first country in the world to ensure that these social media giants pay for content,” he said.

A similar move by Spain saw Google shut down its News service there in 2014, while the company has threatened to do the same in response to the new French laws.

Australia’s new regulations will also cover the sharing of data, and the ranking and display of news content, to be enforced by binding dispute resolution mechanisms and penalties.

An estimated 17 million Australians use Facebook each month and spend an average of 30 minutes on the platform a day, while 98 percent of Australian mobile searches use Google. 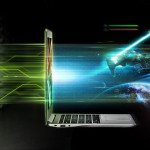 Don't miss a deal at GoCompare
Best offers at The Home Depot
Discounts, Sales and Deals at Brian Tracy
Save your money with Vimeo
Online-Shopping with Boohoo
Best products at Ancestry