For last-gen gamers craving a super responsive beamer and have control over the lighting in their rooms, the BenQ TH685 gets the job done. But for folks who don’t have absolutely dark rooms and care about a 4K resolution, well, the projector’s unsurprising limitations will likely become big disappointments.

On paper, there’s a lot to like about the BenQ TH685: it’s an affordable 1080p projector with HDR support that can put out 3,500 lumens of brightness and has an input lag of less than 10ms. For last-gen gamers craving a super responsive beamer, it’s absolutely great.

The problem, though, is that those specs become less phenomenal when put within the context of today’s media landscape of 4K gaming consoles and a push toward streaming services. Its obsolescence is already writing on the wall.

For those that can overlook the future and can instead revel in the here and now, the BenQ TH685 is an affordable projector that’s perfect for a basement gaming setup.

That’s a bit pricey compared to some 4K TVs, but in the grand scheme of serious AV equipment, the BenQ TH685 is surprisingly affordable. Take, for example, its 4K stablemate, the BenQ HT3550 that comes in at $1,499. That’s undeniably a better projector, but the TH685 is exactly half the cost.

Compare it to other models from its competitor Epson like the award-winning Epson EH-TW940 that goes for $3,999 (£2,549) and you’ll see that the BenQ is a real steal at its price.

The counterpoint to this, of course, is that the price of 4K TVs have come down substantially and while you can’t get anything close to 85 inches for under $1,000, you can get some downright exceptional 55-inch TVs for $650 – $100 less than the BenQ TH685. They’re smaller, yes, but the picture quality is much, much better and they’ll look good wherever you put them in your house. 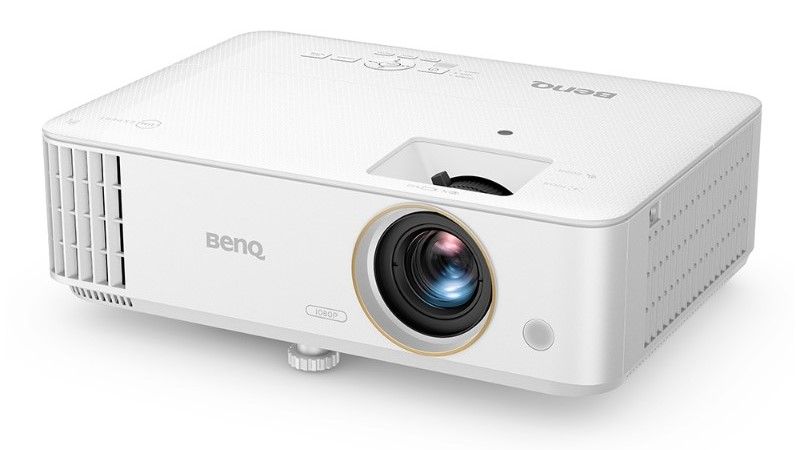 The BenQ TH685 is best classified as a mid-size long-throw DLP projector – you’ll need to put a bit of space between it and the wall but it can fill a potential screen size of up to 100 inches from 2.5 meters away.

Setup is fairly simple, too: to help position the picture you’ll use a bottom foot that’s used to adjust projection height and the manual zoom / focus dials along the top.

On the front left face of the projector you’ll find the fan that operates at a fairly quiet 50db – which is a bit more than a whisper, but not much. Note, however, that the fan does output a fair amount of heat, especially if you’re unfortunate enough to be sitting right next to it.

On the top of the projector you’ll find the physical controls that offer most basic functionality, however there’s no horizontal keynote, so you’ll need to make sure the projector can sit directly facing the wall without any angling. If you plan to put the projector out of reach, there’s also a basic remote included that has all the same features and gets the job done. 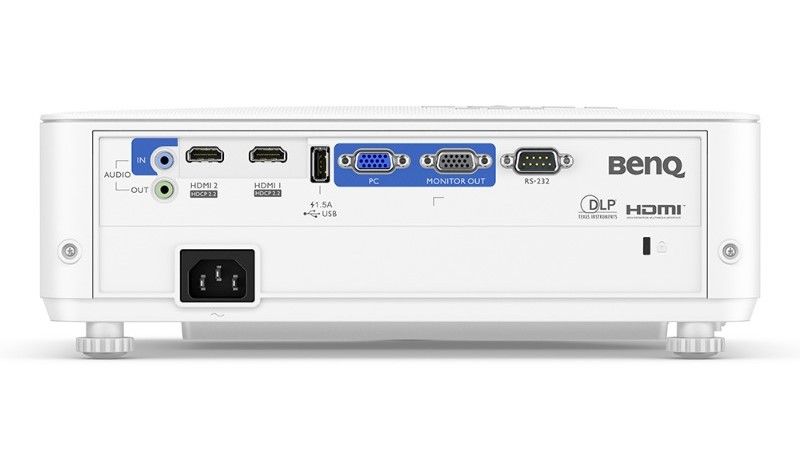 Spin it around to the back and you’ll find a modest selection of inputs and outputs. Namely, that includes 3.5mm input and output jacks, VGA In and Out, RS-232, one USB and two HDMI ports with HDCP 2.2. The HDMI ports don’t carry 4K signal, obviously, but do carry and recognize HDR, which is nice if you plan on connecting an Apple TV 4K or a similarly specced streaming device.

If you plan on ceiling mounting the projector just be warned that the included power cable is a bit on the shorter side, but it should be enough to reach an outlet if you put it on a table.

Disappointingly, the BenQ TH685 is a ‘dumb’ projector – and it doesn’t have any included smart features to speak of. In fact, the most automated thing it does is that it can automatically adjust the vertical keystone but that’s about it. 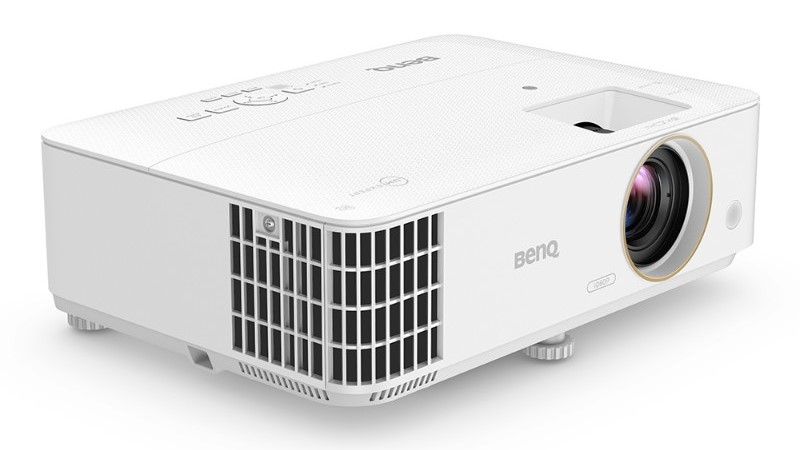 What BenQ wants to highlight most about the projector is its responsiveness of under 10ms. That’s a leap ahead of other projectors and make the TH685 a great pick for gamers who need as little input lag as possible.

So why the focus on input lag? Traditionally that’s been a real weak spot for projectors and most still routinely have over 30ms of input lag – i.e. the time it takes from the picture to be sent to the projector to when it’s displayed on the screen. For gamers, that number has always been way too high and made playing twitch-based first-person shooters a nightmare.

Thankfully, that’s no longer the case and games – even in 1080p – look great. That’s thanks to a built-in game mode that can detect when a console is plugged in and will automatically kick on, enhancing the brightness and maximizing the refresh rate up to 120Hz. For buttery-smooth gaming, this TH685 has no equal.

And yet while it certainly works as advertised in the responsiveness department, it’s not the all around champion in other important metrics like contrast ratio (10,000:1) or, most notably, resolution (1080p). Shows and movies watched on the projector mostly looked desaturated in a room with any bit of ambient light and while the lower resolution worked for some content, the extra pixels would’ve made everything much, much sharper.

To put the projector through its paces, we played some games, watched some films and binged on two shows – the color-rich Central Park on Apple TV Plus and the heart-warming Ted Lasso. Both shows were available in HDR, and both looked… well, just OK on the projector. 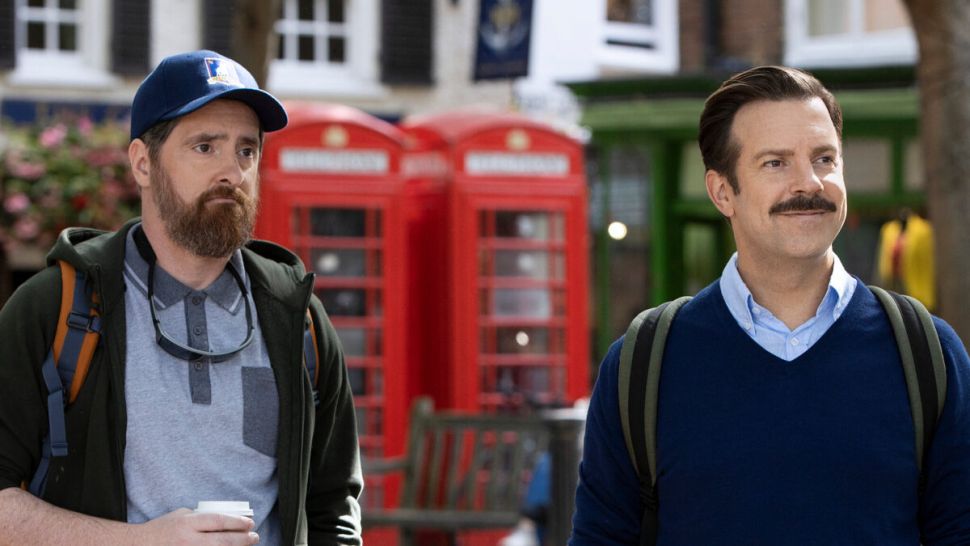 In the case of the bright and colorful Central Park, the projector did a good job of mostly getting the colors right and offered a pretty good overall experience. Unfortunately that wasn’t really the case for Ted Lasso, which looked a bit desaturated and less crisp – though admittedly live action series are a bit harder to get right in terms of colors and brightness than cartoons.

Movies certainly looked mostly cinematic on the big screen, but having lower-than-average contrast made blacks look a tinge grey.

If you can find a way to get absolute darkness, say, by taking the projector outside for a movie night or squirreling it away in a basement, you’ll regain some of the contrast and color levels, but don’t go in expecting the same saturation or contrast of a comparable LED-LCD TV. That last bit may not matter as much to you if overall image size is your biggest concern, but it’s worth pointing out all the same.

Audio is handled through a 5W chamber speaker that really rocks the mids and highs but leaves almost nothing in the bass range. It’s passable, but probably not preferable if you can connect it to an external speaker system.

Last but not least, BenQ says the TH685’s lamp life is rated for around 4,000 hours in normal mode and leaps to around 10,000 in eco mode. You probably won’t want to use the latter very often as it degrades luminence by 35%, but it’s a nice option to have if you don’t want to shell out for a replacement lamp anytime soon.

Should you buy the BenQ TH685? 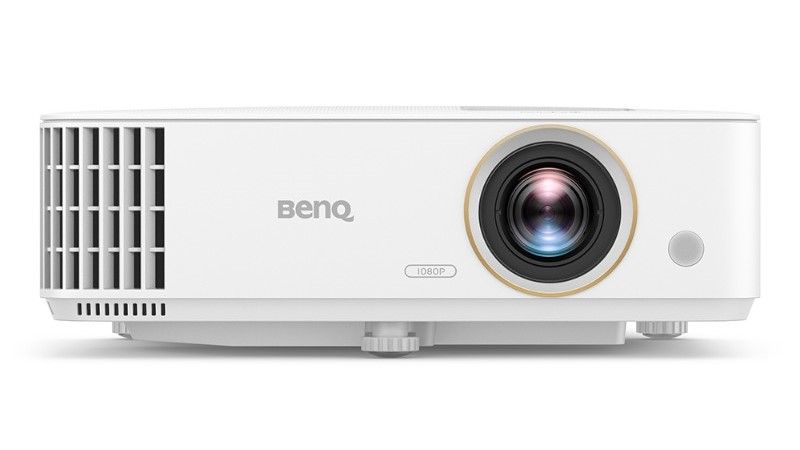 You don’t mind a 1080p resolution to save some money

While it’s a bit behind the times compared to a 4K TV, the 1080p BenQ TH685 is an affordable beamer for folks who want the biggest screen possible for the least amount of cash.

You’re a gamer with a light-controlled room

Last-gen gamers will love the BenQ TH685’s exceptional response time, but they’ll be doubly impressed if they’re playing in a pitch-black room where contrast becomes less of an issue.

We’ve beaten the point to death by now, but seriously don’t buy this projector if you have a window in the same room as the projector – the brightness seriously desaturates the image.

You’re looking for the best contrast and color performance

By extension of that last point, the BenQ TH685 is also not the best at contrast or color performance. That doesn’t make what’s on offer here awful by any means, but there’s certainly a lot of room for improvement, too. 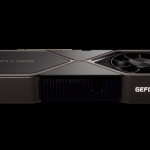 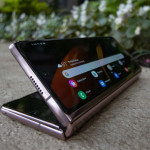 Don't miss a deal at Vimeo
Best offers at Bodybuilding
Discounts, Sales and Deals at Currys
Save your money with Brian Tracy
Online-Shopping with The Home Depot
Best products at TalkTalk Phone and Broadband