The Bose Soundbar 700 looks smart, sounds smart and actually is smart thanks to the inclusion of both Amazon Alexa and Google Assistant. However a lack of HDMI inputs, no Atmos/DTS:X support and a glass top that reflects the TV screen isn’t quite so smart at this price.

A late 2019 addition to Bose’s audio lineup, the Bose Soundbar 700 is the latest speaker from the manufacturer, and as with other models in its range uses QuietPort and PhaseGuide technologies. It also includes the company’s ADAPTiQ auto audio calibration, and uses the same cabinet as the previous 300.

The 700 sports an HDMI connection with eARC, support for Apple AirPlay 2, a redesigned universal remote and the Bose Music app. It also has Amazon Alexa and Google Assistant built-in, making it a fully-fledge smart speaker.

Despite Bose’s claim that the 700 is the world’s best soundbar, however, it doesn’t have any HDMI inputs, nor does it support for Dolby Atmos and DTS:X. Those are some big negatives for a soundbar that costs £699 / $799 / AU$945 and doesn’t even have a separate subwoofer, so there’s a lot riding on performance.

The Bose Soundbar 700 certainly looks like a high-end speaker, with a sleek and stylish cabinet and a superb level of build quality. There’s a perforated wraparound aluminium grille combined with a tempered glass top, and a choice of glossy black or arctic white.

Unfortunately the design suffers from form over function, with certain elements quickly becoming annoying. At the slightest touch the glass top becomes smudged with fingerprints, and as soon as you turn on the TV it reflects what’s on the screen – which is very distracting.

On the plus side the Soundbar 700 is only 57mm high, so it shouldn’t block your TV. It’s wide enough for TVs with screen sizes of between 45 and 55 inches, and there’s an optional bracket for those that want to wall mount.

The design is an exercise in minimalism, with only two touch sensitive controls: one for power and one for muting the built-in smart assistants. There’s virtually no display, just a row of lights, but you’ll need to be a professional code-breaker to work out what they mean.

Design TL;DR: This soundbar looks stylish and is very well made, but the glass top will reflect your TV screen; the absence of any HDMI inputs or even a display will also frustrate. 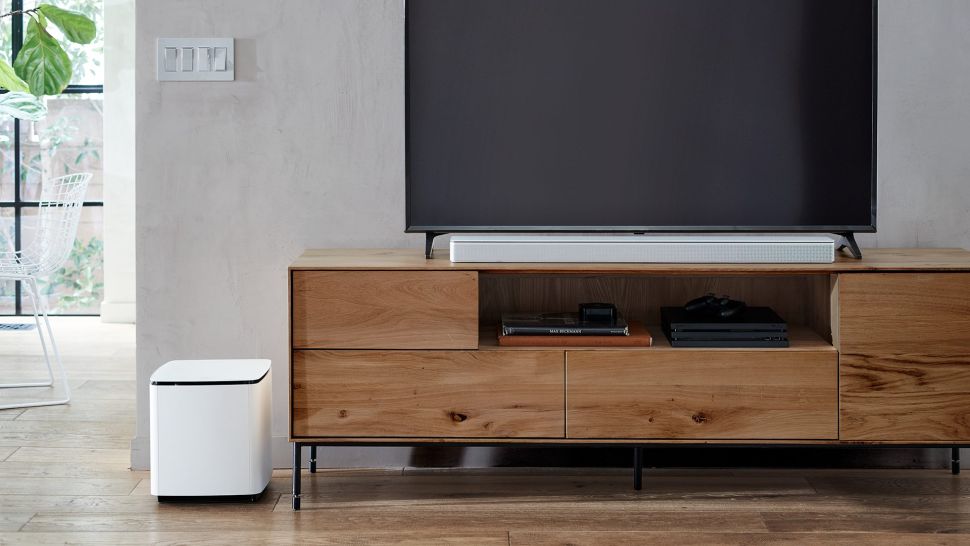 The Bose Soundbar 700 houses all its physical connections in two recessed areas on its underside, but in another design misstep there’s limited room to actually plug-in the various cables. However to Bose’s credit, they do at least include optical and HDMI cables in the box.

The physical connections are a mixed bag, and in one recess is an HDMI port, an optical digital input, an Ethernet port and a micro USB port for service. In the other recess is the socket for the power cable, and four 3.5mm jacks for a subwoofer, data, IR extender, and the ADAPTiQ headset.

Considering the price it’s surprising there are no HDMI inputs, just a single output. The good news is that it supports eARC (enhanced audio return channel), so you can send lossless audio from your TV back to the soundbar. Of course that’s assuming your TV also supports eARC.

The wireless connections offer a choice of Wi-Fi (2.4GHz and 5GHz bands), Apple AirPlay 2 and Bluetooth. The latter is limited to the SBC codec, so for those that demand the highest quality audio the first two options are a better choice.

The soundbar includes a well-made universal remote control, with metal construction and a motion-activated backlight. It can be paired with numerous devices, including a TV, Blu-ray player, games console, video streamer, or set-top box, providing control from a single wand.

Unfortunately the zapper suffers from similar short-sighted design choices to the soundbar itself. For a start it’s too big, while the soft rubber buttons attract dust and fluff. They’re also impossible to see when the backlight is off, and even when illuminated they don’t always make sense.

At least the Bose Music App is well-designed, with an intuitive interface that takes you through set-up. It allows you to fine tune certain aspects such as centre channel, bass, treble, and the remote, while providing access Spotify, Amazon Music, Deezer, TuneIn, AirPlay and Bluetooth 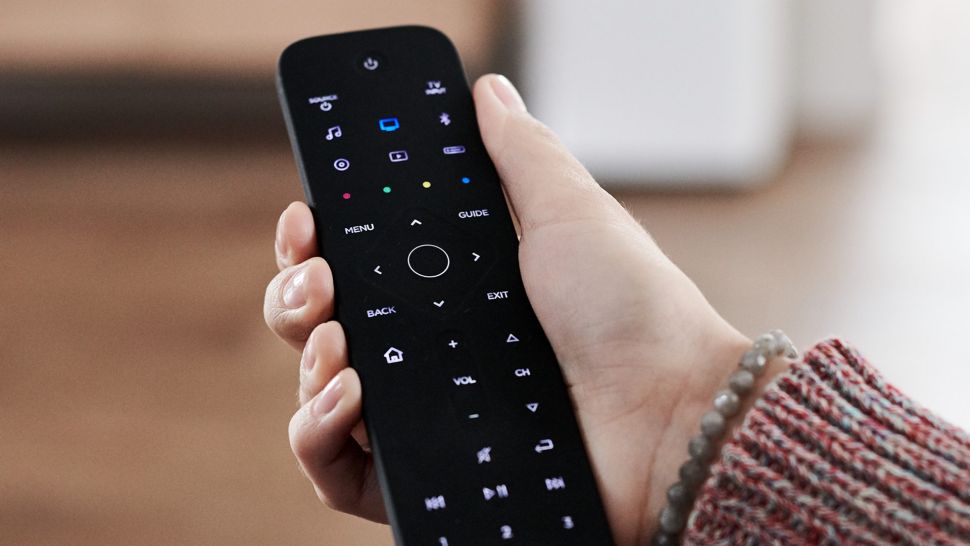 The Bose Soundbar 700 boasts a number of features, many of which are focused on its capabilities as a smart speaker: The inclusion of Amazon Alexa and Google Assistant are the headliners, and can be easily set-up by linking to your existing accounts using the Bose app.

The process is a cinch, and once complete you have a fully functioning smart speaker that can provide the news or weather, play music, pick a radio channel and provide voice control. There’s a choice of four music services – Spotify, Amazon Music, Deezer and TuneIn Radio.

The soundbar itself includes Bose’s proprietary PhaseGuide and QuietPort technology; the former is intended to send audio to the sides of the soundbar to create a wider front soundstage, while the latter is designed to deliver deeper, cleaner and distortion-free bass.

Where this soundbar really falls down is in terms of multi-channel audio: it can decode 5.1 Dolby Digital and DTS, but doesn’t support lossless codecs like Dolby TrueHD or DTS-HD Master Audio, let alone object-based audio like Dolby Atmos or DTS:X.

Considering the price, this seems like a major omission, and the inability to support lossless audio largely negates the inclusion of eARC. The lack of upward-firing drivers or even a separate subwoofer means the 700 is better suited to TV and music, rather than movies.

This is a single-unit soundbar, so if you want to improve the bass or add surround channels, you’ll need to spend more. Bose offers the optional Bass Module 700 (£615) and Surround Speakers 700 (£499). That means creating a full 5.1 system will cost of over £1,800 – which is expensive.

Features TL;DR: The inclusion of Alexa and Google Assistant is nice, but hardly essential in a soundbar. However the lack of lossless Dolby and DTS support is a major omission. 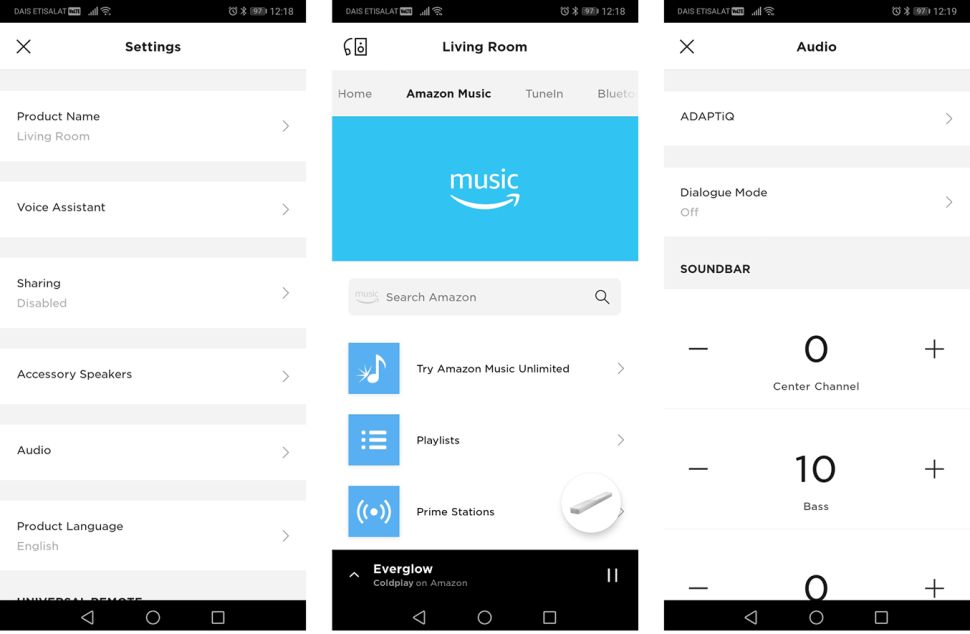 The Bose Soundbar 700 uses four mid-range drivers – two either side of a central tweeter. At the far left and right is the PhaseGuide technology, which is designed to widen the front soundstage, but the company is fairly tight-lipped about specific driver sizes and amplification.

Thankfully since this is a single-unit soundbar, it’s easy to install – just position in front of your TV and you’re good to go. Set-up is equally straightforward: simply launch the Bose Music app and follow the instructions, which take you through the ADAPTiQ automated calibration process.

This does involve wearing the microphone on your head, and while it might look a bit silly, taking measurements from where you head is actually located makes perfect sense. Bose are to be congratulated for including auto cal, and it’s a shame other manufacturers don’t do the same.

ADAPTiQ analyses a range of frequencies, adjusting for distances, levels and the negative effects caused by the room itself. There are five measurements in total, starting at the sweet spot and moving to other seating positions in the room, thus ensuring optimal performance.

There’s no doubt that engaging ADAPTiQ certainly improves the overall soundstage of the 700, with a pleasing sense of balance and a lively sonic signature that has plenty of width and even a degree of depth. There’s also good stereo separation, which results in some nice imaging.

The 700 certainly seems at its best with music, and the driving urgency of Placebo’s Every Me, Every You is delivered with precision. The sparse beauty of their cover of Running Up that Hill is equally impressive, with a well rendered mid-range and some excellent high frequencies.

Watching TV doesn’t stress the Bose either, and with most programming it’s capable of a solid overall performance that ensures music is enjoyably reproduced, effects are well defined and dialogue remains clear and focused. The news, gameshows and documentaries all benefit from this, while coverage of the Rugby World Cup delivered big crowds and clear commentators.

Where this soundbar struggles is with gaming and movies. Here the soundstage feels more constrained, with no immersive effects, no surround channels and limited bass. The PhaseGuide technology widens the front soundstage, but does so as the expense of the imaging, as a result effects can often sound less precise than with a more directional driver.

What this essentially means is that less demanding films sound quite good, with well-defined music and dialogue that retains clarity. However a more directional soundtrack like Spider-Man: Far From Home loses much of the precision required to localise and steer its effects. The same is particularly true with gaming, where placing effects can be the difference between life and death.

The lack of a separate subwoofer is also an issue, and despite the QuietPort technology this soundbar lacks real low-end punch. As a result a bass-heavy film like Overlord is a lot less fun, with the absence of low frequencies making the opening parachute drop less visceral and robbing gunfire of its percussive kick and explosions of their seismic impact.

Performance TL;DR: The soundstage has width an even some depth, and overall this is a competent performance, but the lack of separate subwoofer results in lightweight bass. 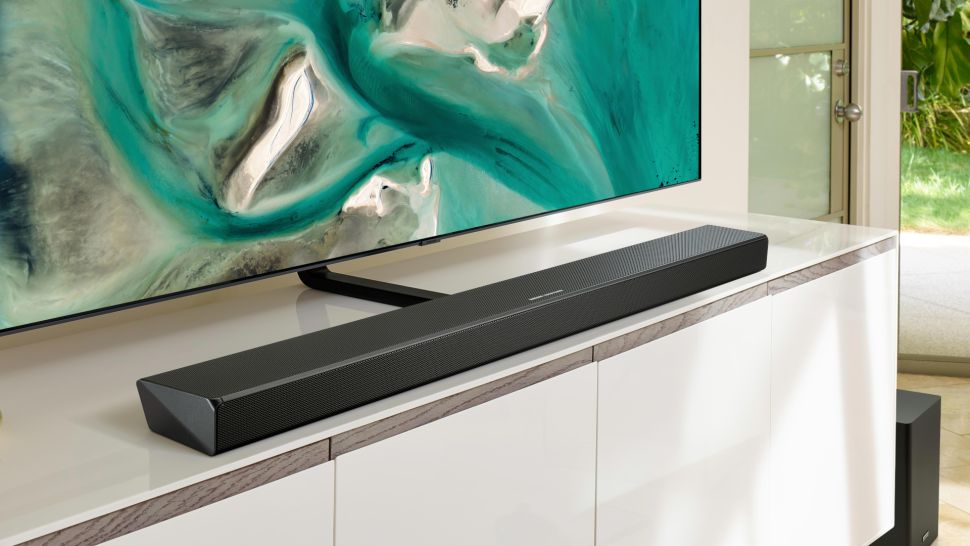 Other soundbars to consider…

The Sonos Playbar is the obvious alternative: it sounds good, is incredibly easy to setup and works well as both a TV speaker and a standalone Sonos speaker. It benefits from all the features associated with the Sonos system, including an intuitive control app, voice control via an Alexa-enabled or Google Assistant-enabled device, class-leading multi-room capabilities, and additional TV functions.

If you are a film fan or gamer, the Samsung HW-Q70R is a much better choice. This impressive soundbar and subwoofer combination delivers immersive Atmos and DTS:X performance, and has an HDMI input. It doesn’t have a smart assistant built-in, but the soundbar works with Alexa, and crucially the separate sub delivers deep bass that adds plenty of impact to your favorite blockbusters.

It’s obvious that the Bose Soundbar 700 has been designed to compete with Sonos, hence the emphasis on music and smart features. But that misses the point of Sonos – the appeal of which is primarily derived from its multi-room platform. As it stands this soundbar feels like a product that falls between too many stools. It lacks the multi-channel support and bass to please film fans and gamers, but it also doesn’t have an established multi-room ecosystem like Sonos.

The inclusion of Amazon and Google AI assistants feels more like a gimmick, and if you really need a smart speaker there are plenty of cheaper options. Ultimately the 700 is well made and generally sounds good, but unless you’re a huge Bose fan there are better alternatives. 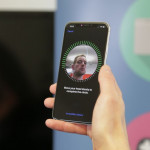 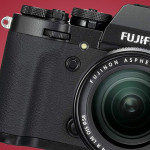 Fujifilm X-T4: everything we know so far

Don't miss a deal at O2 Mobile
Best offers at Argos
Discounts, Sales and Deals at Nike DE
Save your money with Microsoft Store
Online-Shopping with Ticketmaster UK
Best products at Sky