Home » Reviews » Channel Master Smartenna+ review: This TV antenna tunes itself to pull in all the channels it can
0

Channel Master Smartenna+ review: This TV antenna tunes itself to pull in all the channels it can

Did you ever have a pair of “rabbit ears” on your TV set when you were growing up? If you did, you might have had to adjust them different ways for different stations. That’s because different frequencies are reflected, amplified, and attenuated by things in your house in different ways, so getting constant, strong reception across all channels can be difficult.

The same is true of digital TV, but without rabbit ears, the only way you can influence reception is by moving the antenna around the room. Channel Master’s CM-3001HD Smartenna+ changes all that.

At first glance, the Smartenna+ looks like a typical indoor TV antenna. It’s a flat plastic panel with a case around the antenna cable connection. But it’s a lot more intelligent than a typical antenna. Inside is a basic TV tuner and an amplified antenna that can be electrically changed into any of seven reception patterns.

When you plug in the antenna, it cycles through each of the patterns and counts the number of TV channels it can receive with each pattern. After it’s done, it settles on the one that will bring you the greatest number of channels. The technology is based on the “antenna steering” that is used in some smartphones and Wi-Fi routers and access points to improve reception.

It sounds almost too complex for a small antenna, so we put it to the test. 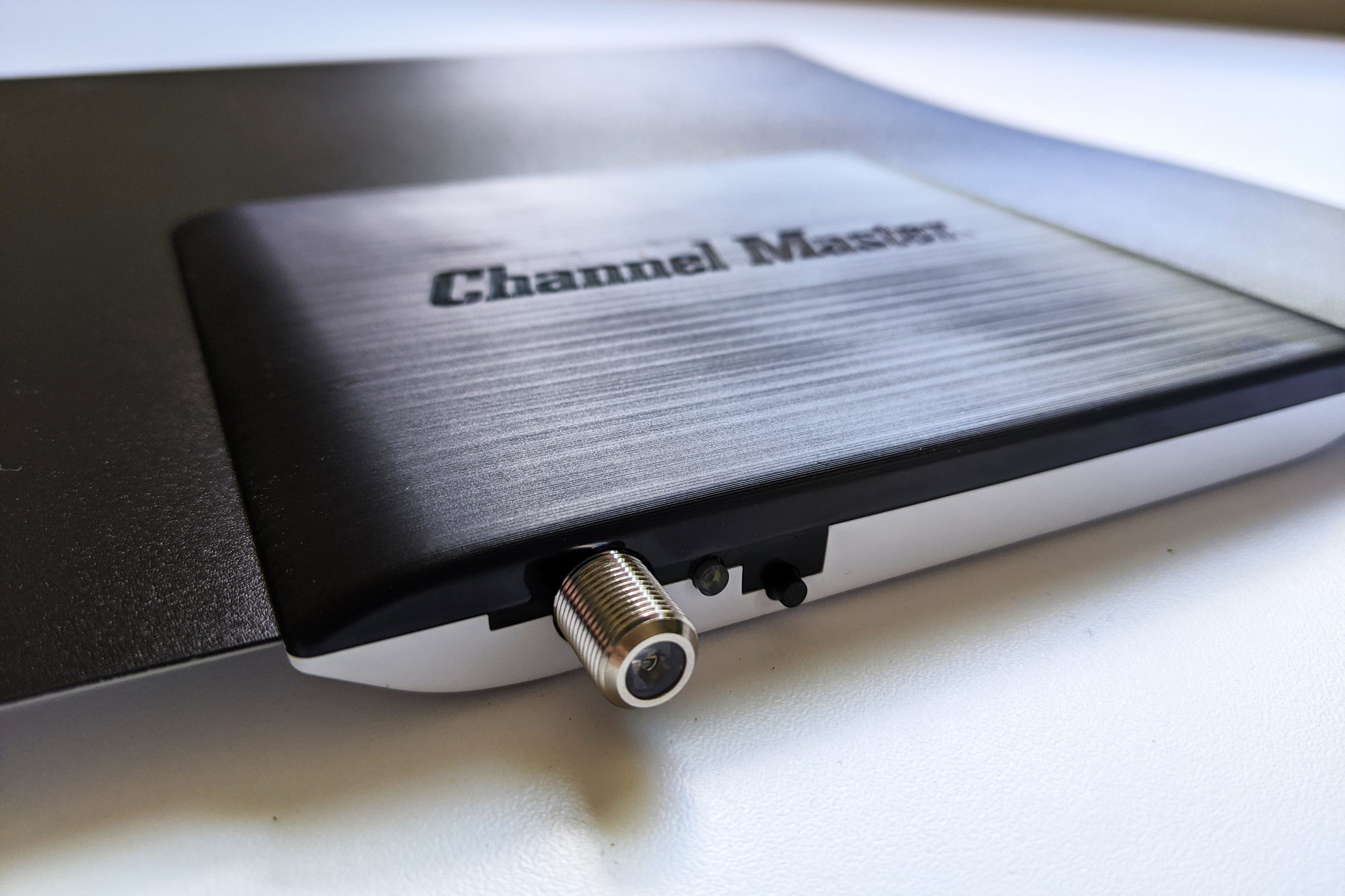 There are a couple of things to remember when setting up the Smartenna+. The first is that you’ll need to find a position near a power outlet, because the antenna requires power. Channel Master supplies a 6-foot power cord and a 16-foot coaxial cable with the antenna, and the power adapter sits in the middle. If you can’t find a place within reach, you can buy a longer cable.

The supplied cables have a neat new cinch connector, designed to maintain good conductivity without needing to be screwed on (you simply push it on, instead).

The second thing to remember is that you should hang it on the wall before you plug it in. That’s because as soon as you connect the power, it starts scanning for channels. A white LED on the base of the unit flashes to show its scanning and after a few minutes, when the LED goes out, it’s done. 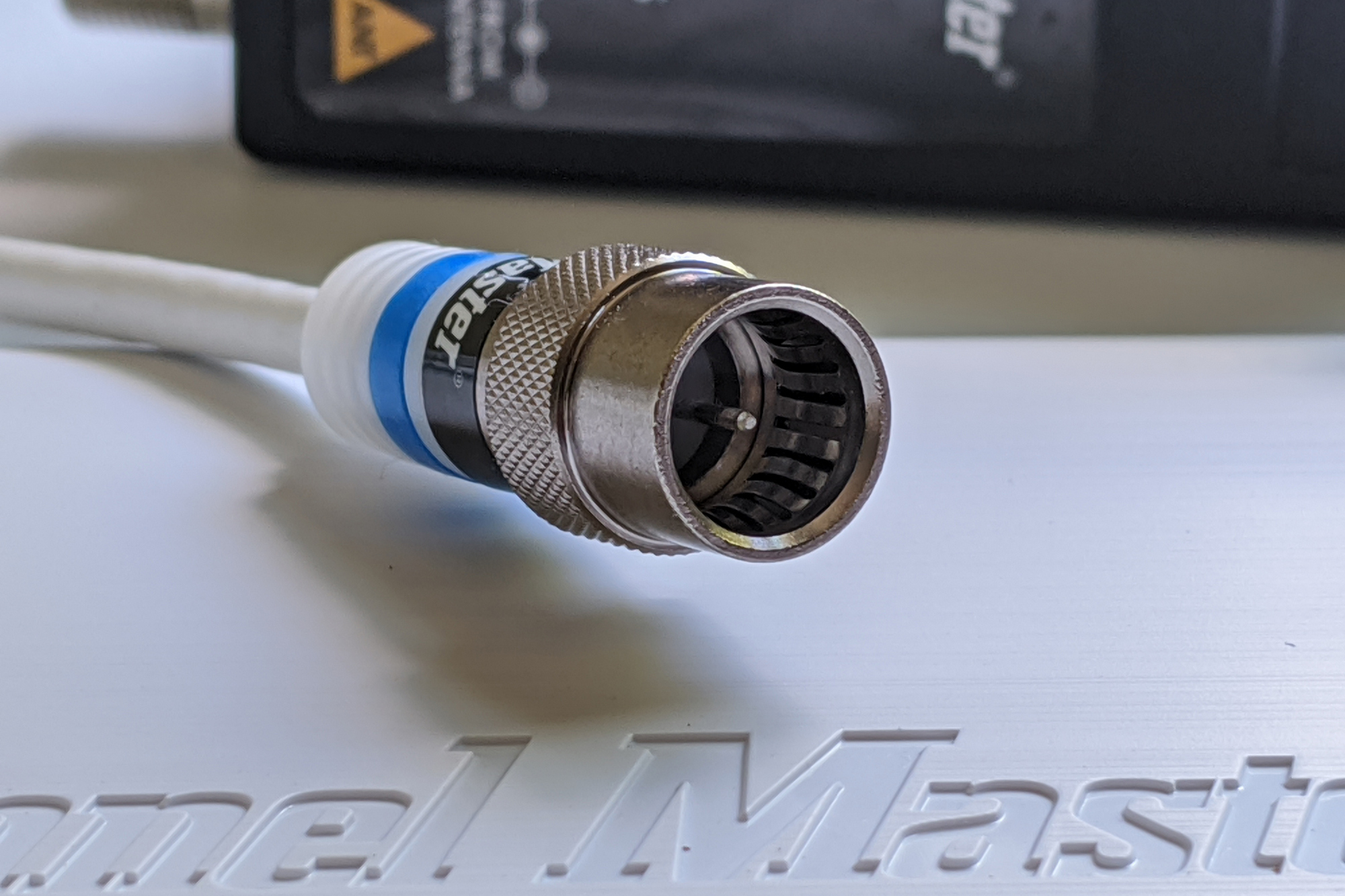 Once the antenna has settled on a pattern, you need to run a scan on your TV—the tuner in the antenna doesn’t replace the one in your TV.

Now cycle through the channels. If you notice any that are suffering break-up, you can manually switch through the different patterns to see if one improves reception. Give the small button on the bottom of the Smartenna+ a tap and you get pattern one, two taps for pattern two and so on.

The ability to manually switch between patterns is there because the antenna settles on its chosen pattern based on the greatest number of channels that can be received. But it doesn’t know what’s on those channels, so it might settle on a pattern that isn’t optimized for your favorite station.

After performing a scan, I found breakup on a local station and tried each of the different patterns. Sure enough, the break-up cleared up for this channel when I reached pattern four.

In auto-scans, the Smartenna+ managed to receive nine broadcast stations carrying a total of 45 channels. Our current top-ranked amplified indoor antenna, the Winegard Flatwave Amped, managed one extra station with two additional channels. That extra was an out-of-market station, which indicates the Winegard model might be slightly more sensitive, but the Channel Master could be better for you, especially if a lot of the stations you do receive suffer from breakup.

Channel Master has developed a pretty slick system, but it’s important to remember it’s not a cure for all your TV reception problems. There are many compromises made with an indoor TV antenna and picture break-up comes with the territory.

Using the Smartenna+ will probably improve the reliability of the channels you do get, and it might get you a few more, but it can’t magically solve all your reception problems. Some channels will remain poor. (As a reference, the Smartenna+ picked up a maximum of 45 channels in tests while an outdoor antenna at the same spot pulled in 68).

Channel Master’s Smartenna+ could be especially useful in locations where reception isn’t necessarily weak, but is prone to break-up due to nearby buildings or trees.

The Channel Master Smartenna+ is the highest-tech antenna we’ve reviewed, with a built-in tuner that adjusts to pull in the maximum number of channels possible. 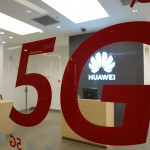 US lets companies work with Huawei on 5G standards 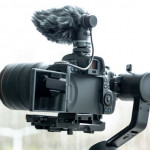 Nikon: Adding Autofocus to the Noct Lens Would Increase Size ‘Far Beyond Imagination’

Don't miss a deal at H&R Block
Best offers at Brian Tracy
Discounts, Sales and Deals at Currys
Save your money with O2 Mobile
Online-Shopping with Myprotein
Best products at Bodybuilding