When it comes to imitating human emotion, robots have a long way to go, but researchers at Columbia Engineering’s Creative Machines Lab have taken an initial step toward this goal. They designed a robot capable of predicting another robot’s intent, essentially placing itself in the shoes (or the little plastic wheels) of the second machine.

Here’s how engineers designed the experiment: They placed one robot in a 3-foot by 2-foot playpen and programmed it to travel toward any green circle it could see projected on the floor. A large red box obscured the robot’s view of some circles, meaning it didn’t travel to these spots, even if they were physically closer than others. From above, the observer robot watched its buddy navigate the space for two hours and then began predicting its path.

The observer was able to anticipate the traveling robot’s movements 98 out of 100 times, without receiving additional information about the obstruction or the goals of the mobile machine.

It’s a rudimentary situation, but the results are impressive.

“Our findings begin to demonstrate how robots can see the world from another robot’s perspective,” lead author Boyuan Chen said. “The ability of the observer to put itself in its partner’s shoes, so to speak, and understand, without being guided, whether its partner could or could not see the green circle from its vantage point, is perhaps a primitive form of empathy.”

This experiment is a concrete attempt to infuse machinery with human-like behavior, or what cognitive scientists call Theory of Mind, according to Columbia Engineering. Theory of Mind is the understanding that other people can have different goals or perspectives than you, and it tends to manifest in humans around the age of 3. This is a critical aspect in developing cooperation, competition and empathy skills, while it also lays the foundation for deception. 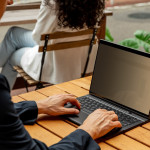 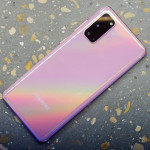 Don't miss a deal at Adobe
Best offers at Microsoft Store
Discounts, Sales and Deals at GoCompare
Save your money with Ancestry
Online-Shopping with Vimeo
Best products at Carphone Warehouse