With the official iPhone 12 announcement rumored to be set for this month, speculation is rampant as to how long each of the four iPhone 12 models will be delayed past their original September launch.

If this manufacturing data is true, it could indicate that the two 6.1-inch models could launch first, with the base iPhone 12 and the iPhone 12 Pro Max following a month later.

While it makes logical sense that the 6.1-inch components would be the same size, and thus simple to manufacture at the same time, that doesn’t necessarily mean that these models will sell at the same time, or that Apple will build these models simultaneously. Previous rumors and leaked information seem to suggest otherwise.

Apple analyst Ming-Chi Kuo claimed last month that the two Pro models would ship last. According to his sources, the 5.4-inch model and 6.1-inch Max are being produced simultaneously, not the two 6.1-inch models. Kuo claimed that while the 12 and 12 Max had some quality issues with the camera lenses, it wouldn’t impede their launch schedule. The 6.1-inch Pro and 6.7-inch Pro Max would ship later.

Apple leaker Jon Prosser agreed with this assessment, and went further to suggest actual shipment dates. He predicted that the 5.4-inch and 6.1-inch Max will ship in October while the 6.1-inch Pro and 6.7-inch Pro Max will ship in November.

Another Apple leaker, Mark Gurman, suggested that Prosser’s theory was wrong with a thumbs-down emoji, but didn’t provide an alternative prediction. 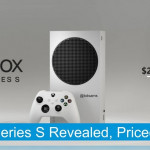 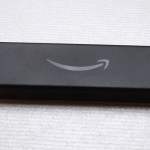 Don't miss a deal at House of Fraser
Best offers at Nike DE
Discounts, Sales and Deals at TalkTalk Phone and Broadband
Save your money with Myprotein
Online-Shopping with Currys
Best products at Sephora