DJI Mavic Mini drone leaks out thanks to FCC filing

While we’ve seen some fabulous Osmo products launch this year, DJI has been relatively quiet on the drone front since the announcement of the the Mavic 2 Pro and the Mavic 2 Zoom last year. That might be about to change, with FCC filings for something called the Mavic Mini having now been made public.

We first heard about the Mavic Mini in August when a Chinese patent filing for a new pint-sized quadcopter was discovered. At the time, leaked images of a consumer-grade drone resembling a mash between the DJI Spark and the Mavic Air set the drone community abuzz.

The main difference here is the possible addition of 4K video capture which the Spark missed out on.

More than just a mini refresh

While the Spark is still one of the best entry-level drones you can buy, it is over two years old and could do with a fresh coat of paint, which the Mavic Mini might just provide.

Where the Spark couldn’t be folded into a smaller package, the Mavic Mini will reportedly have folding propellers like its older Mavic siblings. The rumor mill also puts the Mavic Mini’s dimensions at 270mm diagonally when unfolded and weighing in at just 250g.

If true, that would mean you may not need to register it with aviation safety authorities in your country. In the US and Australia at least, drones weighing 250g or less don’t need to be registered with the Federal Aviation Administration (FAA) or the Civil Aviation Safety Authority (CASA) respectively.

DJI owns a majority share in camera company Hasselblad, explaining how it was possible for the Mavic 2 Pro to feature a superior snapper. However, that did come at a steep price. If the $399 price point for the Mavic Mini is anything to go by, chances are we’re not going to see any Hasselblad tech here.

That said, it would be fair to expect a 12MP sensor (similar to the Spark’s) with 4K/30p video recording capabilities under the hood.

The all-important battery life remains a mystery, but if the Mavic Mini is replacing the Spark, then about 18 minutes of flight time is what you should expect. Anything more from a pint-sized quadcopter would be a massive bonus to the users and a major achievement for DJI.

With the FCC filing available to view by the public, it’s safe to say a launch announcement is imminent. In fact, we wouldn’t be surprised if it arrived in time for the Christmas shopping period. 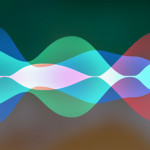 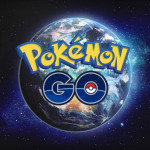 Don't miss a deal at Turbo Tax
Best offers at Carphone Warehouse
Discounts, Sales and Deals at Farfetch
Save your money with Go Daddy
Online-Shopping with O2 Mobile
Best products at EE Mobile