For any sci-fi horror fan, it’s hard to imagine a world without 1979’s Alien – or its myriad sequels and spin-offs.

Luckily, we don’t have to ponder such a meaningless existence; there’s still time to get stuck into its action shooter successor before it leaves Xbox Game Pass for good.

Aliens: Fireteam Elite is one of the 11 games set to pack up and head out of the Game Pass roster on December 15. Sure, we’ll be consoled by 11 new titles to sink our Facehuggers into, but now’s as good a time as ever to head to the USS Endeavor for one last alien-blasting hurrah with your friends. Think Warzone, but with Xenomorphs and a storyline.

In with the crew

It’s always a bittersweet time when Xbox Game Pass announces its comings and goings. Although 11 new games certainly won’t go amiss, especially if you’re one of the lucky new owners of an Xbox Series S after it cleaned up on Cyber Monday, there’s something special to be said about Aliens: Fireteam Elite that will be hard to find in another title. Whether it’s the nostalgia factor or the bizarre enemies you go up against, it’s definitely worth a gander before it leaves the service.

You play as a Colonial Marine heading out into the expansive battleground of outer space, answering a distress call. What you find is more than just a spaceship wreck. You and your team quickly learn that an extraterrestrial experiment has gone horribly wrong.

If you’ve always been a bit put off by the litany of Alien films and movies as a person who scares easily, you don’t need to panic heading into Fireteam Elite. Much like how Resident Evil 6 replaced the screams with teams, Aliens: Fireteam Elite leans heavily into the action-shooter side of the tracks rather than being a straight-up survival horror adventure. This is not the case with the likes of its Game Pass native sibling, Alien: Isolation, so you’ll want to be sure you don’t download that one by mistake.

If the promise of frights being fewer and farther between isn’t enough to encourage you, you can go at it with two friends by your side for that extra bit of moral support. The game is fully supported for online co-op gaming, so there’s no need to get worried about those nasty Chestbursters.

New kids on the chopping block

Although it will be sad to bid Fireteam adieu on December 15, don’t despair. We will see the likes of Lego Star Wars: The Skywalker Saga coming to Game Pass on December 6, encompassing all nine games and even some elements of the TV spin-offs.

Accompanying the utterly massive Lego Star Wars collection is Hello Neighbor 2 on December 8, the much-anticipated sequel to the 2017 original stealth horror game that took streamers by storm. Using only your wits and surroundings, your mission will be to infiltrate your creepy neighbor’s house and uncover the secrets he is hiding there before he finds you first – and if the first installment is anything to judge this one by, you really don’t want that to happen.

Check out the full list of Game Pass’s December additions on the Xbox blog. 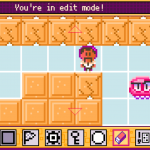 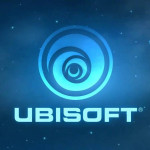 Ubisoft wants to help you be a less toxic gamer

Don't miss a deal at House of Fraser
Best offers at EBay DE
Discounts, Sales and Deals at Sky
Save your money with Bodybuilding
Online-Shopping with Boohoo
Best products at GoCompare