Drones might soon deliver a heads-up when natural disasters are about to strike. Researchers have developed a communication system that uses a drone network to provide early warnings for disasters. The challenge wasn’t so much the drone-to-drone communication as the battery life. Where a typical hobbyist drone rarely lasts more than half an hour in the air, a smarter resource allocation method helps this system lasts three to five longer while covering a large area. The drones can also form a WiFi hotspot that keeps people online when conventional infrastructure has fallen apart.

These drone sentries should be relatively inexpensive, costing less than some professional drones. It’s more resilient than some warning systems, too. Where river monitoring stations frequently collapse in floods and other natural catastrophes, the drones can fly above the chaos as long as they have a charge.

Unlike many research projects, there’s already a customer. Vietnam’s Disaster Management Authority has picked the drone network to help monitor extreme weather and get in touch with emergency services. Whether or not other countries follow suit is less than certain. The US Interior Department, for instance, recently grounded its Chinese-made drones over security fears. It may take a lot of persuasion (and non-Chinese drones) before you see drones keeping watch over American waterways. 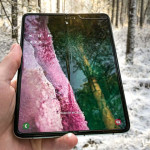 A true Samsung Galaxy Fold 2 could launch later in 2020, with 4G and 5G versions 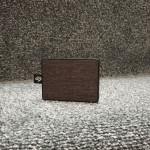 Don't miss a deal at Adobe
Best offers at Sephora
Discounts, Sales and Deals at Farfetch
Save your money with Groupon
Online-Shopping with EBay DE
Best products at Surfdome