Facebook wears its devotion to virtual reality and 360 photos and videos on its sleeve, and now the company has posted the first-ever film shot with its new Surround 360 camera. The result is incredible.

Produced by The Factory, Facebook’s in-house studio, the three-and-a-half minute Here and Now takes viewers inside one of the busiest transit hubs in the world, New York City’s Grand Central Terminal.

The setting is the stuff of blockbuster movies, but eight small stories unfold before our eyes (that is, if you rotate to them) that glorify the ordinary and give us a look into the lives of the people who make up the vibrant Terminal’s tapestry.

It’s moving, it’s captivating and, though dramatized, it feels real. When that girl walks away from her parents… I’m not crying, you’re crying.

You can watch Here and Now on a browser – I think I’m on my third viewing – but it’s also convincingly made for VR viewing with the Samsung Gear VR.

The Facebook Surround 360 camera is open source, so any filmmaker can build and use one. Those looking to break into the burgeoning 360-degree cinematic market should be inspired by Here and Now.

Head to Facebook to watch the sublime short film. 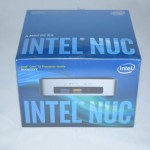 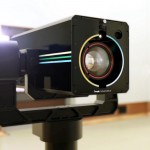 Don't miss a deal at Udemy
Best offers at Carphone Warehouse
Discounts, Sales and Deals at Ancestry
Save your money with Bodybuilding
Online-Shopping with EE Mobile
Best products at Sky