Facebook has responded to the Australian Competition and Consumer Commission’s (ACCC) plan to make it mandatory for the social network and for Google to pay local news outlets when they use their content. In its response (via The Guardian), the company has rejected the proposal, making it clear that it can survive just fine without news content in the country. It explained that the News Feed changes it made in 2018 prioritized posts from friends and family, reducing users’ exposure to content from Pages, including news.

As a result, users aren’t engaging as much with news content anymore. That suggests, Facebook says, that news content is “highly substitutable with other content” and that news “does not drive significant long-term value” for its business. It added:

“If there were no news content available on Facebook in Australia, we are confident the impact on Facebook’s community metrics and revenues in Australia would not be significant.”

Facebook also told the commission that by forcing itself and Google to pay local news organizations, it’s essentially subsidizing competitors. It told the organization that they’re competing for advertising revenue and that it’s neither healthy nor sustainable for two private companies to be “solely responsible for supporting a public good and solving the challenges faced by the Australian media industry.”

If you’ll recall, the Australian government ordered the ACCC to create a mandatory code of conduct for Facebook and Google to pay for news content back in April. It was supposed to be completely voluntary until the COVID-19 pandemic affected ad revenues and until the ACCC realized that the companies are unlikely to pay of their own accord.

Despite Facebook’s refusal to pay, it says it will “continue to ramp up [its] direct financial contributions to the news industry.” Australia won’t be the first country to require tech giants to pay for news content if the proposal goes through: France ordered Google to pay for news snippets a couple of months ago, prompting the tech giant to remove snippets altogether. 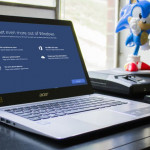 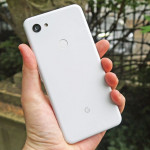 5 things we've got left to learn about Google Pixel 4a

Don't miss a deal at The Home Depot
Best offers at Vodafone UK
Discounts, Sales and Deals at TalkTalk Phone and Broadband
Save your money with Myprotein
Online-Shopping with Ticketmaster UK
Best products at Newegg