Home » Games » FIFA 20 Demo for PlayStation 4, Xbox One, and PC is Now Live Ahead of September 27 Release
0

FIFA 20 Demo for PlayStation 4, Xbox One, and PC is Now Live Ahead of September 27 Release

FIFA 20 will be out on September 27, but to drum up some hype, the demo experience of EA’s next instalment in its long-running football franchise has now gone live. If you’ve spent hours mashing buttons to score a winner or execute a nutmeg, you’ll be glad to know that the FIFA 20 demo is now available on PlayStation 4, Xbox One, and PC. Unfortunately, FIFA 20 demo experience for the Nintendo Switch is not available yet, and with the game’s release just over two weeks away, we doubt it will happen.

The FIFA 20 demo will let players get a taste of the new 3v3 Volta football and the regular kick-off match format to experience what the game brings to the table. In case you want to download the FIFA 20 demo, just head over to the game’s listing page on the Microsoft Store, PlayStation Store or Origin store and hit the ‘Try It Now’ or ‘Try Free Demo’ button. And just to be clear, the demo is free to download and play. But do keep in mind that the status of progression save is unclear, since EA has not revealed whether gameplay progress will be carried over to the game’s full version when it hits the shelves.

In the demo, players can participate in a UEFA Champions League group stage game with some renowned teams such as Chelsea, Borussia Dortmund, Liverpool, PSG, Real Madrid, and Tottenham. The matches will be set in some iconic stadiums like Santiago Bernabéu and Stamford Bridge to let players feel the rush. Moreover, the FIFA 20 demo will also let players get a taste of the new FIFA Volta experience and engage in 3v3 matches to check out FIFA 20’s new street-style football.

FIFA 20 is now up for pre-order for the PlayStation 4, Xbox One, and PC via official online stores and authorised retail partners. The game’s Standard Edition is priced at Rs. 3,999 for the PlayStation 4, Xbox One, and PC, while the FIFA 20 Champions Edition carries a price tag of Rs. 5,999 for PlayStation 4 and Xbox One. As for the Nintendo Switch-optimised FIFA 20 Legacy Edition, it will set players back by Rs. 3,999. Those with an EA Access subscription will get 10 percent off on FIFA points and digital game purchases among other benefits. 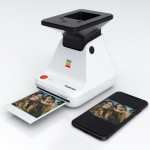 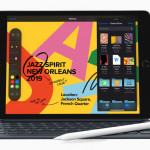 Don't miss a deal at TalkTalk Phone and Broadband
Best offers at Ticketmaster UK
Discounts, Sales and Deals at Newegg
Save your money with Surfdome
Online-Shopping with Sky
Best products at Turbo Tax