It might have taken more than 20 years, but a game intended for the original PlayStation has at last made its way into the world. A group of Japanese developers worked on Magic Castle for eight months in the late ’90s. They used Sony’s Net Yaroze, a system with which hobbyists could make games for the console. The team sent the RPG to several publishers, but most didn’t bite.

Sony showed interest, but it wanted the developers to ditch their game and move to a different project. The team rejected the offer and later disbanded. And so the unfinished Magic Castle stayed on the shelf for over 20 years. Until now.

One of the developers, who goes by PIROWO, rediscovered the Magic Castle source code a while back. They decided to finish and release it, four console generations later.

Magic Castle has some interesting tricks up its sleeve, as EuroGamer notes. It features dynamic music and you can customize the position of the user interface. There are four character classes to choose from and 20 floors with randomized elements to make your way through.

You can download the game from the Internet Archive and play it with an emulator. To give you a taste of what to expect, here’s the original VHS pitch that the Magic Castle sent to publishers.

The story might not be over quite yet. The Internet Archive page for the game notes that the game is in a fully playable state save for a couple of missing features: four player support and a Japanese translation. It promises an updated version will arrive soon. 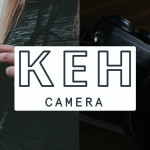 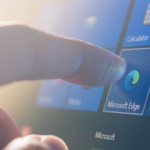 Don't miss a deal at House of Fraser
Best offers at Ancestry
Discounts, Sales and Deals at Argos
Save your money with Marks and Spencer
Online-Shopping with Argos
Best products at Udemy