Epic’s current Fortnite season is focused on secret agents, and that now includes direct references to movies — if not the ones you’re likely to think of first. An update to the battle royale shooter has introduced a Kingsman umbrella that, like the one in the Brits-save-the-world film series, deflects bullets when you open it toward your foe. You can’t use it indefinitely (that would be wildly unfair), but it might just save your life if you’re out of ammo or need some space between you and your opponent.

The rain-defeating device also works as a melee weapon and even a temporary glider. Just don’t expect to pull off your best Mary Poppins impression — you’ll meet the ground much sooner than you would if you used your normal glider.

The same update also introduces an inflatable crash pad that can save you from taking fall damage if you need to make a dramatic leap.

It’s unclear how long the umbrella and crash pad will last in Fortnite. While they last, though, they could have a significant impact on gameplay. If nothing else, it’s good to see secret agent references in games that don’t revolve around a spy who prefers his martinis shaken. 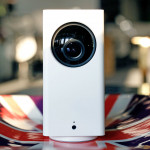 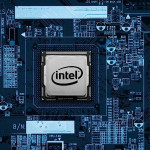 Don't miss a deal at Boohoo
Best offers at Argos
Discounts, Sales and Deals at Virgin Media
Save your money with Groupon
Online-Shopping with Argos
Best products at House of Fraser