The iPad Pro version of Fortnite just received a massive performance upgrade, thanks to a new update (Version 11.40.1) from Epic Games that enables support for gameplay at 120 frames per second (fps).

Currently, the 120fps feature is only supported by Apple’s iPad Pro 11 (2018) and iPad Pro 12.9 (2018) tablets, which boast Liquid Retina displays capable of 120Hz refresh rates. Additionally, the feature is only available to those who’ve updated their iPad Pro tablets to iOS 13.

Once updated, users can enable 120fps mode in Fortnite’s settings, although this will drop the game’s visual settings to ‘medium’, significantly reducing its resolution in the process – disappointing, but expected, given that Fortnite’s ‘high’ and ‘epic’ graphical settings are only offered at 60fps and 30fps, respectively.

That said, it’s still a huge performance advantage over Fortnite’s console versions, which are locked to 60fps on PS4 and Xbox One and a paltry 30fps on Nintendo Switch.

Along with the frame rate boost, Fortnite’s newest update also brings support for thumbstick buttons on game controllers, which is handy now that PS4 and Xbox One controllers are natively supported by iOS 13. 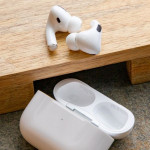 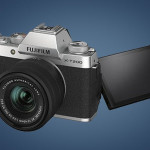 Don't miss a deal at John Lewis
Best offers at Vimeo
Discounts, Sales and Deals at TalkTalk Phone and Broadband
Save your money with Virgin Media
Online-Shopping with Currys
Best products at Farfetch