Home » Phones » Future iPhones could see Touch ID return, but don’t expect it on the iPhone 11
0

Future iPhones could see Touch ID return, but don’t expect it on the iPhone 11

Patents spotted back in May suggest that Apple is working on a new technology so it can include a unique in-display fingerprint sensor on a future iPhone, but a new report today suggests it won’t be ready for the iPhone 11.

According to trusted analyst Ming-Chi Kuo (from an investor’s note that was obtained by MacRumors) the current belief is that Apple will introduce the new feature on the iPhone released in 2021.

Kuo’s information is based on a series of patents seen for the technology, but it’s worth taking with a pinch of salt as the tech isn’t guaranteed to feature on a future iPhone.

“Therefore, we believe that Apple will launch the new iPhone equipped with both Face ID and FOD to enhance security and convenience thanks to the multi-biometrics.”

If that timescale of 12-18 months is accurate, that likely means it will miss this year’s iPhone 11 as well as the iPhone 12 that is expected to launch in 2020.

A couple of years away

One of the patents for the new in-display fingerprint technology uses a feature called ‘acoustic imaging’ to allow you to put your finger anywhere on your phone’s display to unlock it.

That’s different to how the feature works on current Android devices, where you have to place your finger in a specific area to be able to unlock it.

Apple moving to a tandem Face ID and Touch ID unlock system would likely make it easier to use your iPhone, but its facial unlocking technology works so well it’s unlikely to make a huge difference for the average person.

There is also always the chance that Apple will stick with just facial technology for its high-end iPhone, but then will introduce a more affordable iPhone with a fingerprint scanner.

That’s something that was previously reported by Chinese news site Caijing (according to The Global Times) with information from the supply chain.

So it’s always a possibility a future cheaper iPhone could sport the tech, but just don’t expect that game-changing acoustic technology to be on the next iPhone when it’s announced soon. 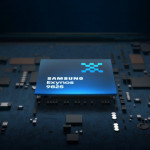 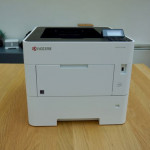 Don't miss a deal at Surfdome
Best offers at John Lewis
Discounts, Sales and Deals at Go Daddy
Save your money with Sky
Online-Shopping with TalkTalk Phone and Broadband
Best products at The Home Depot