Two unannounced Warhammer video games are currently in development, adding to an already busy release schedule for the beloved franchise.

While Warhammer 40,000 Darktide will be the next game set in the grimdark universe to release on PC and Xbox Series X|S, Warhammer fans will have plenty more video games to play in the next several months. In its annual earnings report, franchise owner Games Workshop hinted at what’s coming down the line.

“New games launching in 2022/23 include major franchises Warhammer 40,000: Darktide and Blood Bowl 3, plus four more still awaiting release dates,” the report reads. “In total there are 12 unreleased games in development and four new licenses were signed in the year.”

At this point, 10 Warhammer games are known to be in development, leaving two titles in Games Workshop’s 12-game roster yet to be announced.

On top of that, mobile strategy game Tacitus is set to release on August 15, fantasy sports game Blood Bowl 3 will drop later this year, and Darktide is on the horizon, too. The much-anticipated FPS Space Marine 2 was also announced last year, although no release date has been revealed.

Two fantasy Warhammer games are also known to be in development. Total War Battles: Warhammer will attempt to recreate the spirit of Creative Assembly’s acclaimed turn-based strategy series on mobile platforms. It’s being developed by Diablo Immortal co-developer NetEase, but doesn’t yet have a release date. An unnamed multiplayer RPG set in the Mortal Realms of Age of Sigmar is also on the way from Nexon. Few details of that game have been made public, other than that it will involve live service elements and a social PvE world.

Fans will be eager to know what the remaining two, unannounced Warhammer games look like. Many will be hoping for another pair of big-budget, triple-A games set in the grimdark universe. It’s not unlikely, however, that both will be mobile games, adding to the growing pile of miss-conceived Warhammer spin-offs.

The developers will have no shortage of source material to draw from. Although the Warhammer video games of recent years have been more experimental in their settings, many are still firmly entrenched in the familiar ranks of the Imperium. Age of Sigmar fans and Xenos lovers might get more of a look-in as the popularity of the franchise grows.

Games Workshop’s earnings report does reveal one final interesting titbit about its upcoming releases. It reckons Space Marine 2 “has been the most consistently requested [Warhammer] game since the first game came out in 2011”. Even the hugely anticipated, but slightly underwhelming, Warhammer 40,000: Dawn of War 3 apparently couldn’t knock it off its pedestal. That’s a lot to live up to. 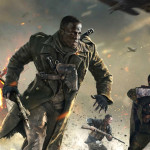 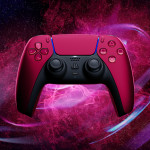 Don't miss a deal at Intuit Small Business
Best offers at Ticketmaster UK
Discounts, Sales and Deals at Argos
Save your money with Vimeo
Online-Shopping with Ancestry
Best products at Mobiles