Home » News » GoDaddy to make its services available in Hindi, Marathi and Tamil
0

The web hosting service provider is looking to expand its reach in India by adding local language support.

The next wave of growth in internet usage is expected to come from tier II and III towns and with that millions of small businesses will also come online and leverage technology to drive business growth, he added. “Our strategy is led by a vision to develop and rollout localized language offerings which mirror India’s internet growth. We will be able to reach out to about 61% of SMBs in India by offering support in these three languages,” he said.

India is the world’s second-largest internet market and is also home to the second-largest SMB base globally, with over 51 million businesses. According to data from Target Group Index (TGI), 73% of those SMBs are located in tier-II and -III cities. Sodhi said this focus on offering products and services in regional languages also gains significance as a bulk of the new users are coming from regional locations that are also hotbeds of SMB and entrepreneurial activity in the country.

“We are starting with Hindi, Marathi and Tamil. GoDaddy SMB products, its website, marketing and customer support will be available in these three languages to help empower the 88% of India’s population which is not conversant in English,” he said. Globally, GoDaddy offers services in over 25 languages apart from English. It has a presence in 53 countries with 14 million paying customers. 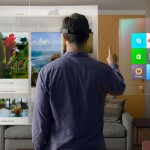 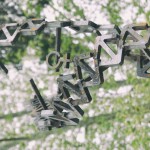 You'll never guess what Microsoft has stored on DNA

Don't miss a deal at Currys
Best offers at Groupon
Discounts, Sales and Deals at EBay DE
Save your money with Nike DE
Online-Shopping with TalkTalk Phone and Broadband
Best products at Turbo Tax