Google Camera is being updated to version 8.1 and this brings a number of features that were originally restricted to the Pixel 5, to older Pixel phones — up to the Pixel 2 and Pixel 2XL according to a report. The previous version of the Google Camera app, 8.0, was in contrast restricted to just the Pixel 5. This update brings features like Audio Zoom and Cinematic Pan to the older phones along with a new user interface (UI).

Google Camera Version 8.1, which is now being made available to the older Pixel users, is refurbished with a new UI. In the updated version, several features of Google Camera app from the bottom bar are re-organised and features like Audio Zoom, which reduces the background noise, is added along with other zoom shortcuts.

The Cinematic Pan video recording feature, an image stabilisation feature for smooth panning shots, has also been added, although this feature will be only available for Pixel 4 and 4XL, as per a report on 9to5Google.

The report also stated that some users tried sideloading the updated version of the app but it led to error messages related to verification, so Pixel users will have to be patient in order to get the latest camera features. 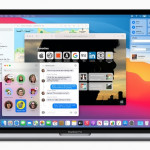 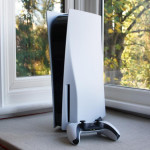 PlayStation 5 review UK: Does the PS5 live up to expectations?

Don't miss a deal at Boohoo
Best offers at Ancestry
Discounts, Sales and Deals at Farfetch
Save your money with Turbo Tax
Online-Shopping with Groupon
Best products at Sky