To help students keep up with their studies during the coronavirus pandemic, Google will donate 4,000 Chromebooks and 100,000 WiFi hotspots to households in California. Alphabet and Google CEO Sundar Pichai announced the initiative in a tweet on Wednesday. California Governor Gavin Newsom said the state’s Department of Education will distribute the Chromebooks and WiFi hotspots, prioritizing rural communities. Students will have the tools until the end of the school year, giving them at least three months of unlimited high-speed internet access.

According to SFGate (via The Verge), Governor Newsom estimates California needs an additional 162,013 hotspots on top of the 100,000 hotspots Google will provide to meet the needs of the state’s students. To that end, the governor called on other companies to match Google’s donation. “We need more Googles,” he told the publication.

The donation is Google’s latest attempt to help during the ongoing crisis. In March, the company’s sibling healthcare brand, Verily, started developing a website to allow people in the US to screen themselves for COVID-19, directing them to drive-thru testing sites if needed. Later in the month, Verily opened two physical testing sites in California. Google has also earmarked $800 million in COVID-19 relief in the form of business assistance and ad grants for the WHO. 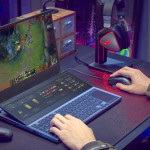 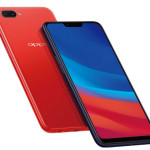 Don't miss a deal at Nike DE
Best offers at Turbo Tax
Discounts, Sales and Deals at Newegg
Save your money with Marks and Spencer
Online-Shopping with Udemy
Best products at H&R Block