Google has rolled out a fix that it hopes will patch some significant issues with the latest update to ChromeOS.

Users complained after the recent update caused some Google Play Store services to utilize 100% of their device’s CPU, hugely affecting performance and battery life of their Chromebook.

The issue also caused many users to report that their devices were becoming incredibly hot, with some even posing a fire risk.

The ChromeOS 85.0.4183.108 update had caused Google Play’s ‘com.android.vending:download_service’ service, which is used to download new updates from the Google Play Store when they become available, to utilize 100% of the CPU.

Google says it has now rolled out a temporary fix which it says should help solve the issue, noting in a bug report that has since been locked that the bug was caused by a missing file being unable to report UID proc times.

A seperate Google employee has also since posted a workaround in a Google forum support topic, with the fix involving replacing a user’s updated version of the Google Play Store with the factory default version.

Despite this, the issue still remains on user devices, with Google planning to completely fix the flaw in a future update. 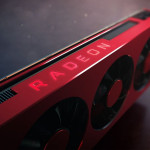 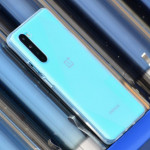 Don't miss a deal at Go Daddy
Best offers at Argos
Discounts, Sales and Deals at H&R Block
Save your money with Turbo Tax
Online-Shopping with Vimeo
Best products at Farfetch