Google might finally bring its dark mode for search to computer users. 9to5Google reports that users have discovered testing for a dark theme for Google’s desktop web searches. The tests only appear to last briefly (Reddit user Pixel3aXL saw it come and go within hours) and don’t affect the homepage, but they work in third-party browsers like Firefox.

The look is the same, at least. If you get the test, you’ll see a dark gray background with a white Google logo and blue buttons.

It’s not certain when (or if) Google will expand the test to more people. It won’t be surprising if there’s a wider rollout in the months ahead, though. Both macOS and Windows 10 have had dark themes for a while, and Chrome itself supports dark modes for individual websites. A dark desktop search page would save you from searing your eyes during those late night computing sessions. 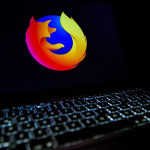 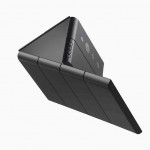 Don't miss a deal at Sephora
Best offers at John Lewis
Discounts, Sales and Deals at Currys
Save your money with GoCompare
Online-Shopping with Vodafone UK
Best products at Ancestry