Various Alphabet unions have joined forces and created a global alliance called Alpha Global. It was created with some help from UNI Global, a federation of unions that represents 20 million workers from a variety of fields including the technology industry. According to The Verge, 13 different unions are part of Alpha Global, spanning 10 different countries including the US, UK, Germany, Switzerland and Sweden.

In a statement published by UNI Global, the alliance said it would “demand fundamental human rights for all workers in Alphabet operations” and generally hold the company, which owns Google and various ‘other bets’ including DeepMind, Waymo, Verily, Sidewalk Labs and Wing, accountable.

“The problems at Alphabet—and created by Alphabet—are not limited to any one country, and must be addressed on a global level,” said Christy Hoffman, UNI’s General Secretary. “The movement launched by tech workers at Google and beyond is inspiring. They are using their collective muscle to not only transform their conditions of employment but also to address social issues caused by increasing concentration of corporate power.”

The announcement follows the creation of Alphabet Workers Union, a group affiliated with the Communications Workers of America.

The newly-formed Alpha Global alliance will work together to increase pressure on Alphabet management. The group has promised to “build a common strategy,” for instance, create collective goals and support individual unions’ demands. It will speak as one to pressure other entities — governments, investors, stakeholders and non-governmental organizations (NGOs) — who can ensure Alphabet is maintaining and consistently implementing workers’ rights. The alliance will also encourage other trade unions to come into the fold, thereby increasing its size and bargaining power.

“Alphabet has long lost its commitment of ‘Don’t be evil,’ but we haven’t,” the statement published by UNI Global reads. “Together, we will hold Alphabet accountable. Together, we will change Alphabet.”

According to The Verge, the alliance wants to tackle a bevy of issues including the treatment of content moderators and usage of nondisclosure agreements (NDAs).

Google has been accused of firing employees for their role in union organizing. The company said the workers were let go, however, over “clear and repeated violations” of data security policies. Before that, an employee claimed she was unfairly treated after organizing a mass walkout that protested how Google had handled sexual harassment cases. In recent months, the company has also been criticized for the departure of AI researcher Dr. Timnit Gebru. 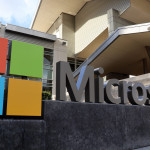 Microsoft's profits jump by 33 percent thanks to the cloud, PCs and Xbox 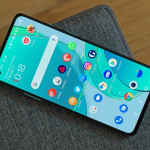 Don't miss a deal at Currys
Best offers at The Home Depot
Discounts, Sales and Deals at Newegg
Save your money with Myprotein
Online-Shopping with Farfetch
Best products at Turbo Tax