Over the past five years, a company called Neverware has allowed individuals, schools and businesses to essentially turn their old PCs and Macs into a Chromebook with its CloudReady software. The beauty of the operating system is that it allows you to extend the life of a computer that would otherwise be obsolete.

This week, Google acquired Neverware and now plans to make CloudReady into an official Chrome OS release. When that happens, Neverware says its existing users will be able to seamlessly upgrade to the updated software. Moreover, once that transition is complete, Google will support CloudReady in the same way that it currently does Chrome OS. In the immediate future, Neverware says it’s business as usual. The Home Edition of CloudReady isn’t changing, and the company says it’s committed to supporting its existing education and enterprise customers. Moreover, there’s no plan to change pricing at the moment, and Google will honor any current multi-year licenses.

Not only does this acquisition make a lot of sense from Google’s perspective, but it’s hard to see a downside for CloudReady users. The fact the operating system wasn’t officially supported by Google was one of the few downsides to the software. It meant you couldn’t install Android apps on CloudReady devices, even though it’s based on Chromium OS. With this acquisition, support for Android apps becomes much more likely. Direct support from Google will also make the software more appealing to schools and businesses since they can get help directly from the company if they have any technical issues. 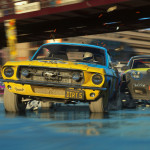 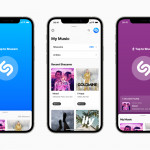 Don't miss a deal at John Lewis
Best offers at GoCompare
Discounts, Sales and Deals at Sky
Save your money with Vimeo
Online-Shopping with Boohoo
Best products at Surfdome