Google will push Hangouts users to Chat in 2021

Google is, once again, changing up its messaging app strategy. The company plans to make Chat, its Slack-like app, free for everyone in 2021, when it will push people currently using Hangouts to use Chat instead.

If you’re having trouble keeping track (understandable considering Google notoriously confusing messaging strategy) Chat is the company’s enterprise chat app originally introduced as part of Google’s business offerings. It has features similar to the original Hangouts experience, but has extra upgrades like reactions and reply suggestions. But starting next year, instead of only being available businesses that use Google Workspace (formerly known as G Suite, formerly known as Google Apps) the upgraded “Chat” app will be available to everyone who uses Gmail.

“Next year, Chat will become available as a free service—both in the integrated experience in Gmail and the Chat standalone app,” Google says in an update. The company says it will allow users to “begin upgrading” in “the first half of 2021,” and that conversation history from Hangouts will automatically carry over to Chat to ease the transition.

The update is coming with a few other changes that will affect people who currently use Hangouts outside of Gmail. While Google has previously allowed Google Fi subscribers to use Hangouts to manage phone calls and texting, the company will push those users to its Messages app instead. Likewise, Google Voice subscribers who previously used Hangouts to manage calls will be directed to use the Voice app instead. (Google says it plans to remove Voice support from Hangouts entirely sometime in 2021.)

Google doesn’t indicate what all these changes mean for the future of the consumer version of its Hangouts app (the company already has a plan to pull Hangouts from Workspace by the end of next year). But Google has been gradually phasing out the Hangouts brand in favor of its newer messaging services for some time now, so it’s not surprising it would want to start pushing more users to its newer apps instead. 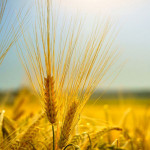 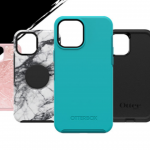 Don't miss a deal at Marks and Spencer
Best offers at Boohoo
Discounts, Sales and Deals at House of Fraser
Save your money with H&R Block
Online-Shopping with GoCompare
Best products at EE Mobile