Keanu Reeves might not be the only recognizable face to have a substantial presence in Cyberpunk 2077. Grimes, who’s also on the soundtrack, recently held a livestream (since pulled) where she shared details of an in-game character she’d previously only teased. Appropriately, it’s an iconoclastic musician with a ‘colorful’ history. You might want to skip the next paragraph if you’re eager to avoid spoilers or sensitive to talk of self-harm.

Grimes (aka Claire Boucher) said she plays Lizzy Wizzy, a pop star who killed herself on stage — doctors performed “emergency surgery” to replace her whole body with cybernetics, and she went on to continue the gig and her career as a cyborg. It’s one of the “greatest pieces of performance art ever made,” Grimes said.

It’s unclear if other celebrities will have a substantial presence in the game. However, Grimes’ appearance suggests that CD Projekt Red’s move to recruit Keanu was really just part of a larger strategy to put well-known faces into the game. We wouldn’t expect to see a deluge of actors and artists, but we wouldn’t be surprised, either. 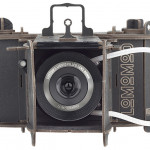 Video: Mathieu Stern says LomoMod No.1 is the 'worst camera' he's ever tested 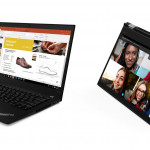 Don't miss a deal at Argos
Best offers at Currys
Discounts, Sales and Deals at Udemy
Save your money with Ancestry
Online-Shopping with Bodybuilding
Best products at O2 Mobile