GTA publisher Take-Two Interactive has withdrawn from a publishing agreement with People Can Fly, two years into the development of the studio’s next project.

The Outriders developer announced the end of the partnership in a statement that said the studio had “received from Take-Two Interactive a letter of intent to terminate the development and publishing agreement by means of mutual understanding”.

Take-Two was set to publish an as-yet-unannounced “action-adventure” game based on an original IP. Codenamed Project Dagger, the game is still in pre-production. People Can Fly says it will now focus on tightening its combat and game loops, as well as migrating it from Unreal Engine 4 to Unreal Engine 5.

The statement doesn’t reveal why Take-Two pulled out of the publishing agreement, although it frames the decision as being made on good terms. People Can Fly CEO Sebastian Wojciechowski said he sees no reason the studio won’t work with Take-Two again in the future.

People Can Fly has retained the rights to the project and will continue development before self-publishing the final release. According to the statement, Take-Two had the option of buying the property rights but decided not to do so. Wojciechowski frames the publisher’s walkout as only a hiccup on the road to the project’s full completion.

Project Dagger is one of seven games currently in development at People Can Fly currently. The studio is also working on a game in partnership with Square Enix, two others that are set to be self-published, and a couple of VR titles.

It most recently worked with Square Enix to release live service FPS Outriders in 2020. We thought it was a “peculiar game” with cookie-cutter cover shooting that makes a horrible first impression. But sink enough hours into it, and you’ll find “an undeniable charm to Outriders’ take on the looter shooter genre”.

While Outriders wasn’t received wonderfully among critics, it didn’t fare quite as badly as Square Enix’s latest foray into live service games, which turned out to be a disaster. 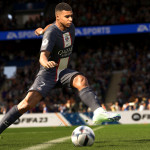 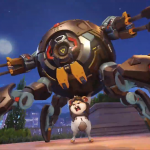 Don't miss a deal at Udemy
Best offers at Newegg
Discounts, Sales and Deals at Intuit Small Business
Save your money with Marks and Spencer
Online-Shopping with Groupon
Best products at Microsoft Store