343 Industries has suggested that its plans for Halo Infinite public testing may have to be scaled back or reworked as a result of “the unprecedented challenges of this year”.

Plans for Halo Infinite test flights were first announced back in 2018 and, according to studio head Chris Lee, the community feedback that comes from such testing has proven to be “instrumental” in bringing Halo: The Master Chief Collection to PC.

However, in a post published on the Halo Waypoint blog, Lee admits that “given the unprecedented challenges of this year, we’re not quite where we expected to be in terms of broader public flighting” when it comes to Halo Infinite.

In the post, Lee assures fans that the team has still been working “very closely with the community on nearly every facet of the project”, with feedback on art styles and confidential hands-on play testing with community representatives being a part of the development journey.

Although wider public testing has not been as extensive as the studio initially hoped, and the looming Xbox Series X release means the window of opportunity is growing smaller, it could still happen in some form. According to Lee “the team is still working and assessing options for broader hands-on opportunities before launch and we’ll share an update when we can.”

Of course, pre-launch testing may not be quite as integral to Halo Infinite as other Halo games. In a recent interview with IGN, 343 Industries called Halo Infinite “the start of our platform for the future”, outlining a ten-year vision that will see Infinite “grow over time, versus going to those numbered titles and having all that segmentation that we had before.”

It’s likely in relation to this plan to create an evolving platform that Lee concludes his post with the promise that “this process doesn’t stop with launch. In fact, in many ways, feedback and community flighting will be even more important after launch as we partner together to continually evolve and update the game into the future.”

Halo Infinite is still expected to launch towards the end of 2020 alongside the Xbox Series X, though it will also be playable on Xbox One and PC and available on Xbox Game Pass. 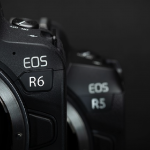 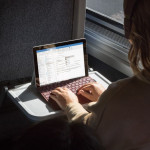 Microsoft lets Windows 10 customers get greater control over their data

Don't miss a deal at Sky
Best offers at Myprotein
Discounts, Sales and Deals at Sephora
Save your money with Carphone Warehouse
Online-Shopping with Argos
Best products at The Home Depot