For a pair of sunglasses that double up as headphones and offer audio augmented-reality features, it’s hard to fault the Bose Frames. Plus, for the amount of tech packed into each, they’re priced reasonably well too. The arms might look bulky on first glance, but the Frames’ classic design makes them look pretty good on almost anyone… and the sound ain’t too bad either.

When we first heard about the Bose Frames, we were quite skeptical – after all, Google Glass and Snap’s Spectacles augmented-reality glasses didn’t really catch on. Moreover, why would a company known for pricey audio gear make something so… frivolous as a pair of tech-filled sunglasses?

Bose has, though, and we have to admit that despite those doubts, we’ve been pleasantly surprised by the Frames. They’re a cool pair of shades that double up as a fashion statement and a piece of personal audio gear – although it is hard to really call them ‘headphones’. And when we say ‘personal’, we mean just that. Unless you’re in an environment where there’s pin-drop silence, the person next to you will barely hear a thing.

While the initial hype around the Frames focused on their augmented reality (AR) capabilities, it’s important to note that that’s not visual in any sense – the “augmentation” here is purely audio-only, not the video-based overlays you get from AR headsets like Magic Leap or HoloLens.

What that means in practical terms is that, alongside more mundane audio tasks like listening to music or taking phone calls, you can use the Frames to bring up your preferred digital assistant, line up your golf shot, or take an audio tour of the world around you. 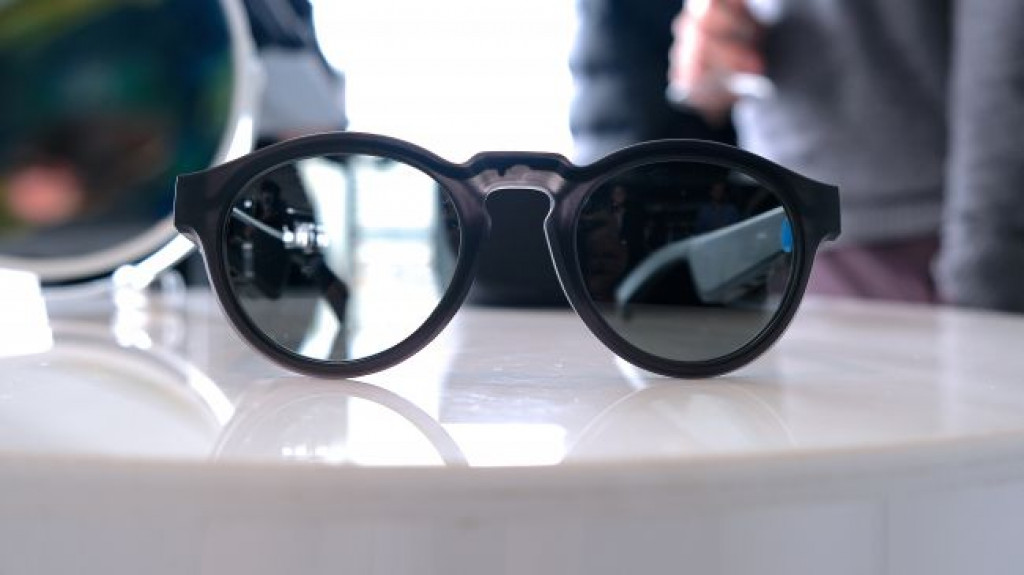 The Frames basically look like any other pair of plastic-framed sunglasses fitted with polarized lenses. There are currently two styles available – the square-framed Alto is similar to Ray-Ban’s Wayfarer sunglasses, while the Rondo is rounder, smaller and looks a bit more retro.

Yours truly tested the Rondo, but we have to admit that both look quite good on almost everyone. However, the arm design may not be to everyone’s liking as these are quite bulky – a necessary compromise, as that’s where all the tech is housed, including the batteries, motion sensors, microphone, speakers and Bluetooth circuitry.

Regardless of how stylish the Frames look, the matte black material Bose has used for both designs feels like a cheaper grade of plastic, not something you want from a $199 / £199 / AU$299 pair of sunglasses. This could also be why the Frames are so incredibly light though, with both styles weighing around 45g.

Even the lenses feel cheap and plasticky, although in use they’re clear, uniformly tinted and, Bose claims, block 99% of UV rays. The lenses are also interchangeable and can easily be popped out for a different color, although choices are currently limited to a mirrored silver for the Alto and a rose gold set for the Rondo. 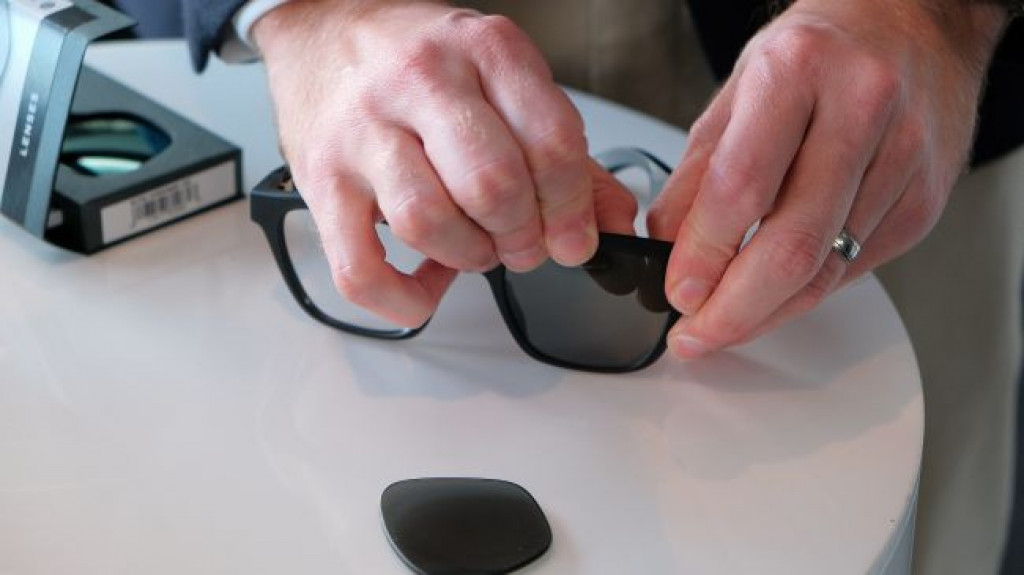 The Frames are IPX2 water-resistance rated which, for a product meant for outdoor use, is lower than we’d like. They’ll be able to take a few drops of rain, but you’ll likely need to keep them out of a downpour.

A tiny gold button – to match the gold-plated steel hinges – is tucked under the right arm, and is the only on-board controls on the Frames. Physically, this sits beside your right temple and that, unfortunately, makes it very easy to click accidentally when adjusting the Frames on your face or when removing or putting on.

Another thing you’ll need to get used to is not flipping the Frames upside down while they’re still connected to your phone. Doing so will disconnect Bluetooth and you’ll need to re-pair by pressing that multifunction button. 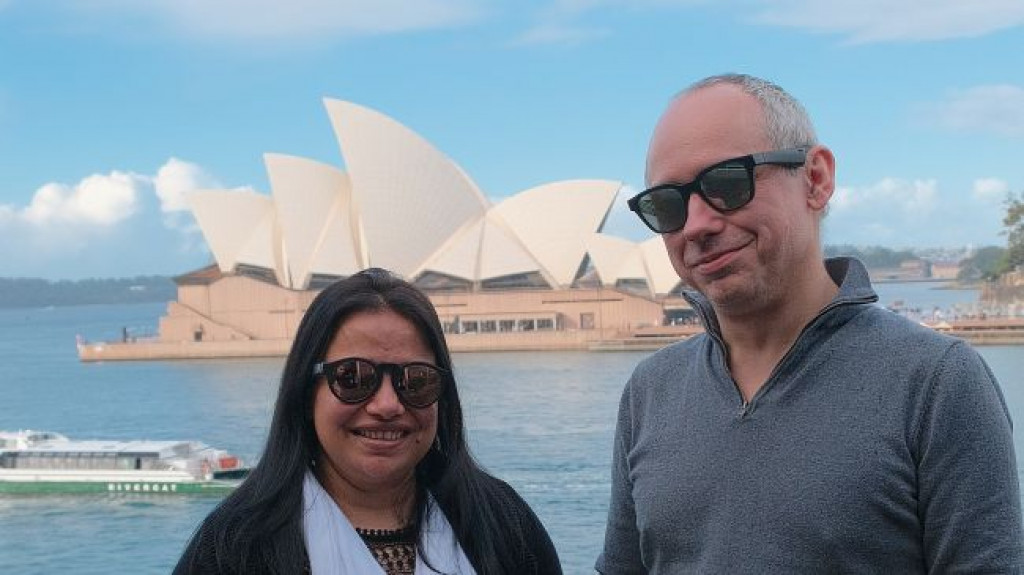 The Bose Frames’ headline act is that it’s also a pair of wireless headphones and, for speakers that don’t actually sit in or on your ears, these sunglasses are rather impressive. Sound quality is surprisingly good, albeit not as full or bassy as you’ll get from a dedicated pair of cans.

Bose had to design tiny speakers to fit into the arms of the Frames from scratch, along with some proprietary tech that, Bose promises, directs 99% of the sound to the wearer’s ears, with only 1% leaked.

At the event, with some ambient sound in the room, the person next to us was unable to hear anything we were listening to on our test pair. But thanks to the open-ear design, we were still aware of what was happening around us. Only when the volume was cranked up to about 85% – which is ridiculously loud coming from such tiny speakers – is audio leakage really apparent.

It’s worth noting, however, that within our quiet office we could hear Beth Hart crooning when one of our colleagues tried the Frames out. On our commute home, we asked the person next to us on the train if they could hear the music we were playing and the reaction we got was, “What music?”

We were pleasantly surprised by the call quality as well. During the one call we made, audio at our end was perfect, while the person on the other end had no complaints either – voice was clear, with no echos.

Battery life is perhaps a little disappointing, with a maximum of 3.5 hours of continuous playback (the exact runtime will depend on the volume you’re using) and up to 12 hours of stand-by time. Bose Frames: augmenting the reality of your audio

Once you ditch the idea that ‘augmented reality’ must equate to ‘augmented vision’ you start to understand the Frames’ potential – and it really is the AR features that make the Frames an amazingly impressive piece of hardware.

At our hands-on session, there were two apps to play with. The golfing app – which points you to the green and tells you the distance to the tee or which club to use – was so impressive it almost felt like we were cheating. While neat however, even this doesn’t really show the true joy of using the device. A random and very robotic voice telling you it’s “220m to the green” is handy, but not especially fun. Fun is when, thanks to the Frames’ locational awareness, you can be standing in the same room as Elvis Presley and his band and be able to walk around listening to each performer as they belt out Suspicious Minds… and, oh my word, we were not ready for this.

This particular app does take a little work to set up, mind. On your phone or tablet, each performer in the band is represented by a color, and to calibrate your position, you need to walk towards one of them. Once that’s done, you’re then ready to stroll around the soundscape.

Between the sensors in the Frames themselves and the hardware in your phone, it’s a compelling experience. You can pinpoint every note, and being able to walk right up to Elvis himself, hearing that iconic voice in front of you, and his band all round, was actively a little bit emotional for some of the attendees. 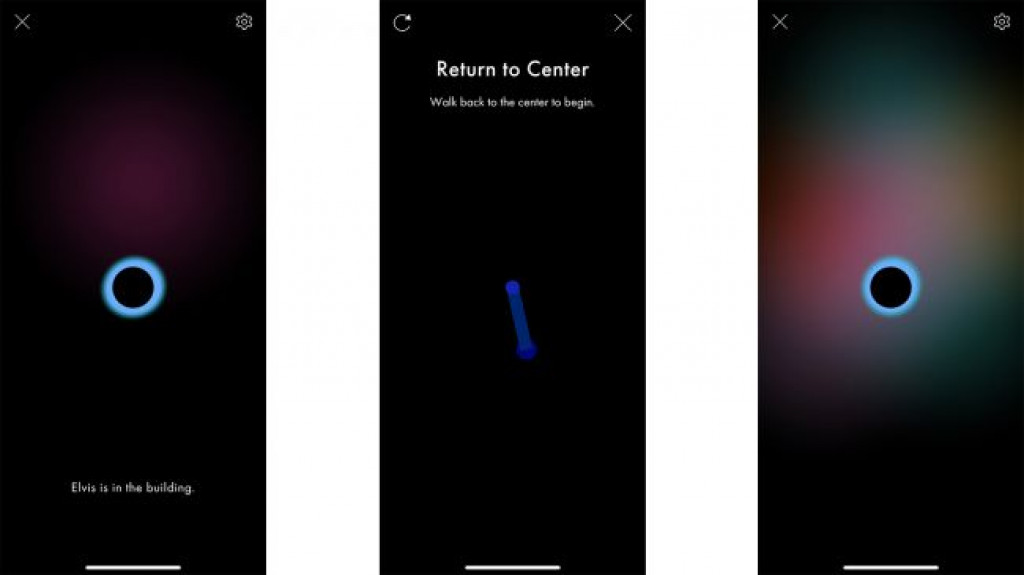 We were recommended another app called Komrad AR, that lets you chat with a Soviet Artificial Intelligence from 1985, and we’re hoping to test that for our full review. Android phone owners will want to note that, for now, the AR apps are currently only available on iOS devices – we’re told Android versions are coming in July. 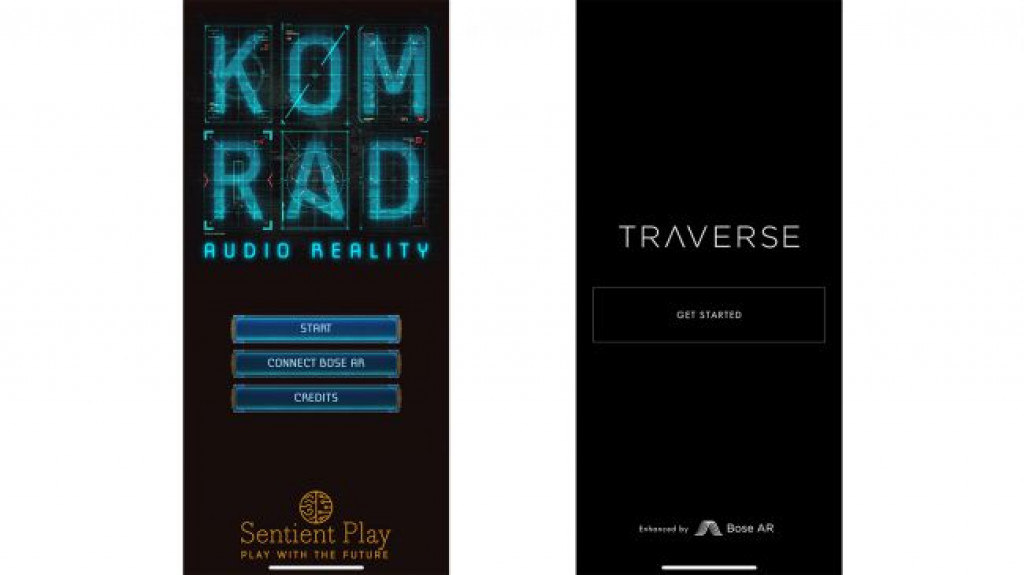 The little gold button under the right arm does pretty much everything you’d need it to, except adjust volume. One click will pair the Frames to your phone via Bluetooth, or pause and play audio once connected. Double-tapping will take you to the next track, and a triple-press will go back to the previous track. 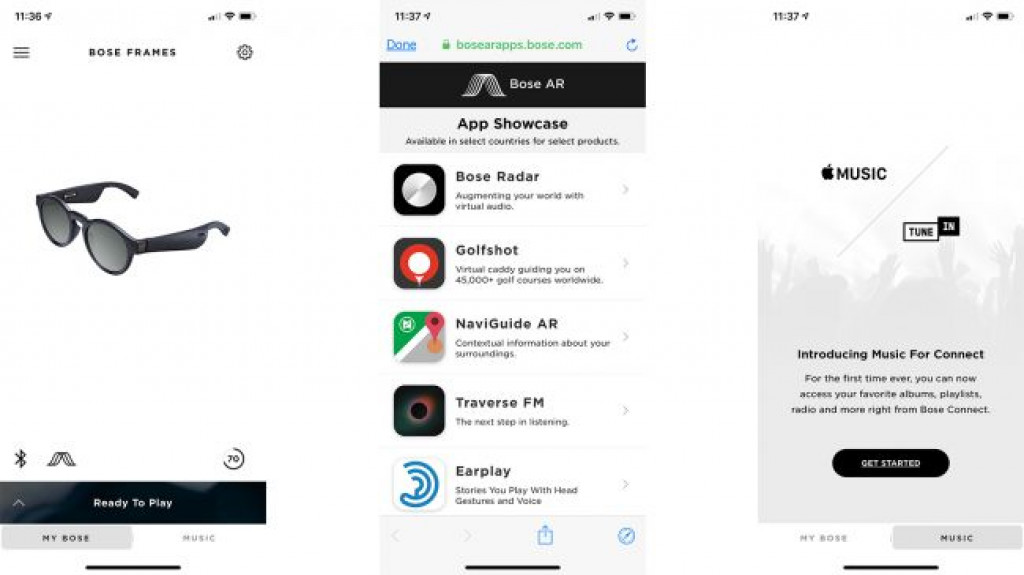 Setting up the Frames is done via the dedicated Bose Connect app for iOS or Android, which is also where you’ll find a list of all the AR apps available in your particular region (as mentioned, these are currently only on iOS, with Android AR apps coming soon).

Through the Bose Connect app, you can also link up music streaming services, but if you have your own music files stored on your device, the Frames will function like any regular Bluetooth headphones.

Although the build quality isn’t quite as premium as we’d like, for a pair of sunglasses that double up as headphones the Frames do well. Despite the lack of bass, the sound is surprisingly good and it’s pretty much just you who can listen to whatever is playing on your device. We can see them being especially appealing for podcast and audiobook listeners where there’s less audible leakage than with music.

In terms of the AR experience, there’s definitely a lot of potential here, but how engaging the apps are is something that’ll only be revealed with further testing. We’re left wondering if their novelty will wear off quickly.

So far however, we’ve been impressed with what we’ve seen and experienced, and look forward to taking the Bose Frames out for another, longer spin. 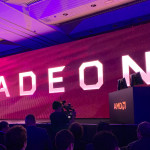 AMD Next Horizon Gaming E3 2019 livestream: How to watch the GPU keynote

Don't miss a deal at Ancestry
Best offers at Intuit Small Business
Discounts, Sales and Deals at Microsoft Store
Save your money with Vodafone UK
Online-Shopping with Virgin Media
Best products at Marks and Spencer