If Google can figure out a system that works for everyone, with a pricing model that makes sense, that could be a serious game-changer for game-streaming services. Microsoft and Sony should be very, very worried about what comes next.

In March, 2019, Google unveiled its big gaming plans: a streaming service, called Stadia. Over the past few months, the worlds of gaming and tech have been torn about the game-streaming service and whether it’ll have true staying power.

Some believe that game-streaming could be the great equalizer that finally breaks down the barriers held and enforced by the three main console makers. While others say game-streaming is far too new and niche to be embraced by mainstream gamers who are unlikely to be content without the best PS4 games and Xbox One games.

That’s because it holds the potential to both revolutionize the way we game, thanks to its tight integration with YouTube Gaming and lack of necessary hardware, or fail spectacularly in a similar way to OnLive.

But importantly, at this point, it’s anyone’s guess which way Stadia could go.

If there are any data points to draw from here, however, it’s Google’s Project Stream beta, which it made available to the public back in November, and the new-and-improved Stadia demo it held at GDC 2019 that finally allowed us to go hands on with the service.

What follows is our take on Google Stadia, its pros and cons, and potentially our hopes and dreams for the future of gaming. So, no pressure, right?

For those who haven’t been paying close attention to Google’s announcements recently, let’s have a quick refresher.

Google lifted the lid on the new game-streaming service, called Stadia, at the Game Developers Conference that was held in San Francisco in March 2019.

The service uses Google’s own servers to store and run games, which you can then connect to and play whenever you’d like on literally any screen in your house including your desktop, laptop, TV, phone and tablet. Basically, if it’s internet-connected and has access to Chrome, it can run Stadia.

One of the many plus points of the service is that games on it are already in their most up-to-date version – that means no waiting for a game to update and no need to wait for a game to install before you can start. Like watching a movie on Netflix or streaming a song on Spotify, it’s instantaneous streaming. Well, kind of. 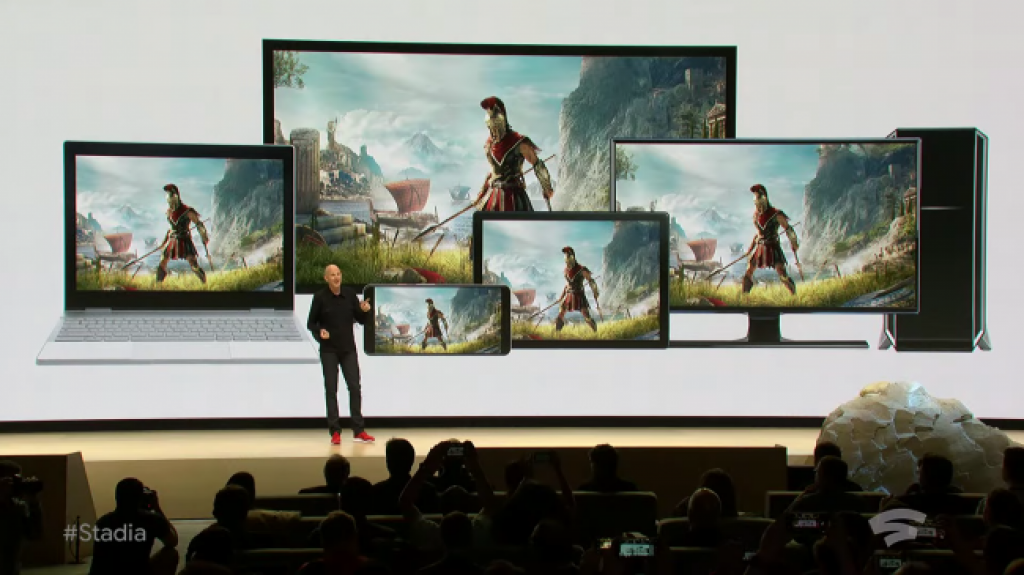 However, where Google is going to have a problem is that no matter how fast its servers are, the overall performance of the system depends on your connection speed and quality. If you’re running 3Mbps down and less than 1Mbps up or have a 1GB data cap, you could be in a heap of trouble. (Trouble, in this case, means ultra-compressed video with artefacts, unplayable amounts of latency or in some horrible, worst-case scenario, complete disconnection from the service itself.)

That said, we’re talking about a streaming service from one of the largest tech companies in the world. Google has server farms on almost every continent (sorry Australia and Africa, just not you) and these servers will play a key role in cutting down on latency to a level that gamers won’t notice. That’s also saying nothing of Google’s compression, transmission and processing algorithms that, theoretically, could enable 4K/60 streaming on bandwidths as low as 30Mbps.

We’ll cover how the service acts in real-world tests in the next section, but before we do we should talk about how you’re going to discover new games to play on Google Stadia–because it’s radically different than any other service or console or platform in existence today.

Primarily, how you’ll discover new games is via YouTube – either through your favorite streamers whom you can now join while they’re playing through a feature called Crowd Play, through a Google link to a friend’s game called State Share or via advertisements that let you play the game by clicking a link on a YouTube video. The goal here is to reach a point when you see a game on YouTube, you can instantly jump into that game on Stadia.

It’s vastly different than anything we’ve seen before and could absolutely appeal to the next-generation of gamers who’ve grown up watching streamers on YouTube but could never play along with them. 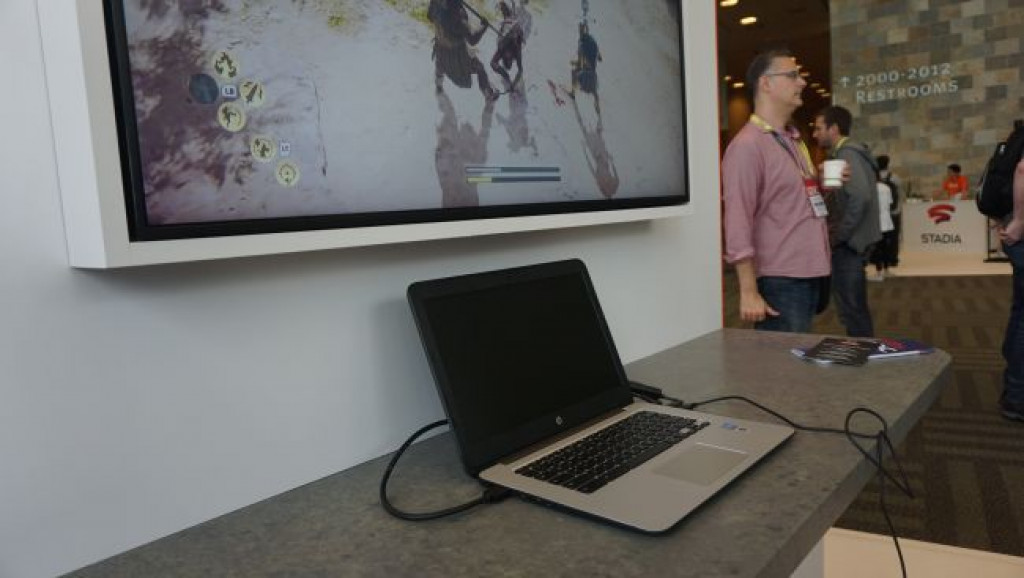 At this point you might be wondering what games you can play on Stadia – and, well, you’re not alone. Thankfully, during Google’s pre-E3 video stream, we got a chance to see what’s coming to the service:

That’s a good number of games, and a surprising amount of variety right out of the gate. According to Google, we’ll hear about more games and partners before launch, but this list should whet your appetite for now.

While Stadia is compatible with most of the popular controllers out there, you’ll really need the Stadia Controller to get the most out of the service. 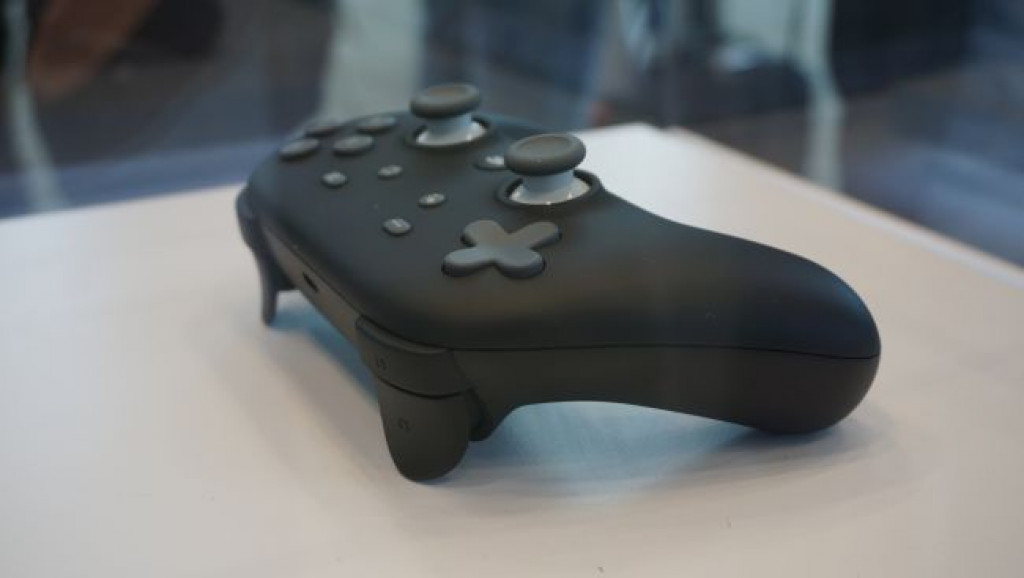 The key features for folks who don’t have time to read through our full Stadia Controller first look piece, are the ability to use the dedicated Google Assistant button as a sort of sherpa while you’re in-game to provide you guides and walkthroughs, and the Share button that gets Google to send an identical second stream of your game to YouTube in 4K resolution which you can watch later, share with your friends or share with the YouTube Gaming community.

Because the controller is more of a value-added component rather than an essential accessory, Stadia doesn’t require any additional hardware to play – it will work with whatever controller you have laying around on your PC or you can always default to using your keyboard and mouse if that’s the play style that you prefer… not that we were given much of a choice at our demo.

To set the scene, Google was offering attendees a brief demo of the software on a first-come, first-serve basis to attendees of GDC. We stood in line to see what all the buzz was about and were eventually handed a Logitech controller connected to a laptop that was connected via HDMI to a TV. The laptop, we were told, was connected to the convention center’s public IP connection at an undisclosed speed. (But trust us, whatever it was, it’s not the kind of speed you get at home.) 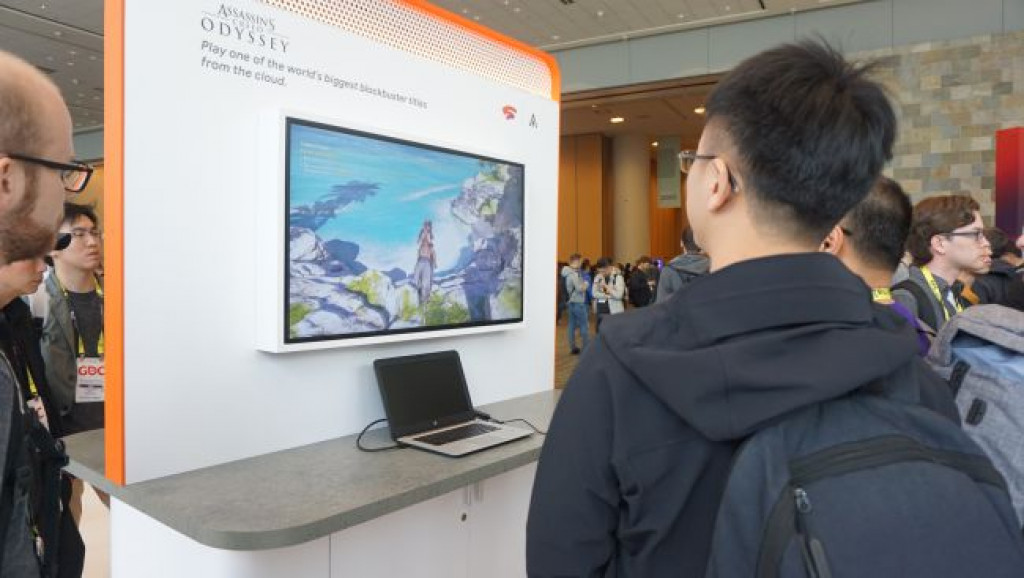 The only game available at the first demo was Assassin’s Creed Odyssey, the same one Google used to test the service when it was revealed back in beta in November. The experience was markedly better than we remember it with less compression and fewer dropped frames. There was, however, the slightest bit of latency in the connection, though that could’ve simply been due to the busy network that everyone was connected to.

What’s crazy to us, is that if you had blindfolded the average gamer and brought them to the booth without telling them the game was being run on a server miles and miles away from the convention center, they likely wouldn’t have believed you. All they would’ve seen is a nearly new game from 2018 running on Ultra High settings at 1080p/60 frames per second. They might have raised an eyebrow at the one or two times Stadia dropped a few frames, but even that could happen to consoles and PCs when performing under load. It’s just really that good.

According to Google, DOOM Eternal can hit 4K/60 with HDR, and the service has the bandwidth to go all the way up to 4K/120 and even 8K/60. Because everything is being run on high-end cloud servers that can be upgraded at Google’s whim, the only limitation to Google’s game-streaming service is the display you’re playing on. 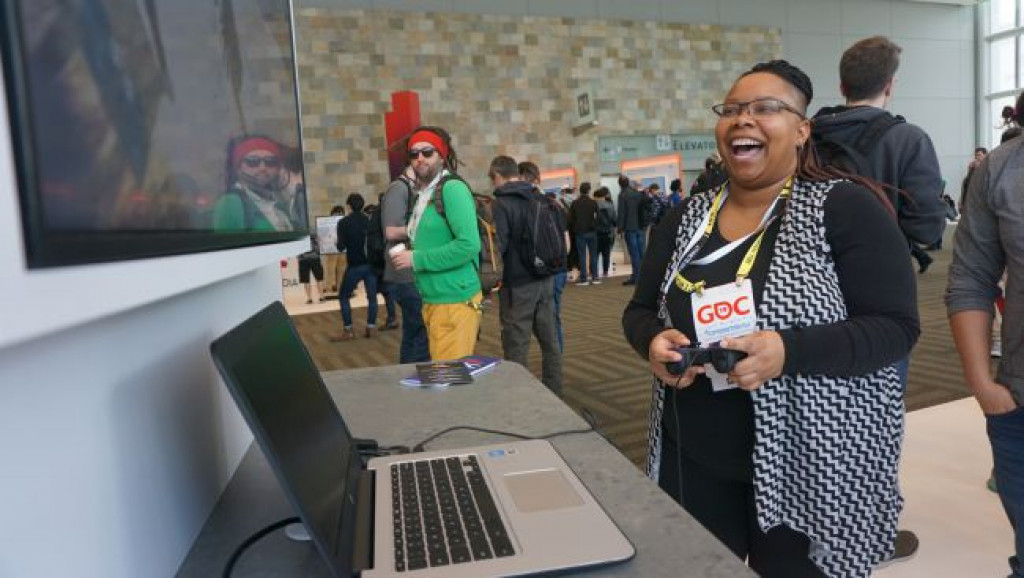 Of course it’s very easy to sit here and criticize what the streaming service might have to offer, as well as the cases where it won’t perform as well as Google expects.

But, on the flipside, it’s also easy to be upbeat without knowing enough about Google’s business model, how much the service is going to cost, the games it’ll have on offer and how well it’ll work outside of a convention center that no doubt has a blistering network speed.

With that in mind, we’ll leave you on a note that’s both optimistic and skeptical in equal measure: If Google can figure out a system that works for everyone, with a pricing model that makes sense, then Stadia could be a serious game-changer for game-streaming services. In short, Microsoft and Sony should be very, very worried about what comes next.

Stadia is expected to launch in the US, Canada, UK and most of Europe later in 2019. 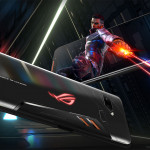 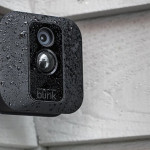 Blink vs Arlo: which home security system is best for you?

Don't miss a deal at Currys
Best offers at Go Daddy
Discounts, Sales and Deals at Sky
Save your money with Ancestry
Online-Shopping with The Home Depot
Best products at Udemy