The LG K10 is shaping up to be a competitive budget phone that runs Android. While Motorola has impressed us the most before, this K-series entry for 2016 has a smoother design and rocks a large, 5.3-inch display.

The LG K10 is a budget phone trapped inside the body of the company’s familiar design, seen in high-end devices like the flagship LG G4.

At CES 2016, we’re still a few months away from the almost-certain LG G5 and the rumored LG G Flex 3, so we’re focused on the South Korean brand’s inexpensive smartphones. 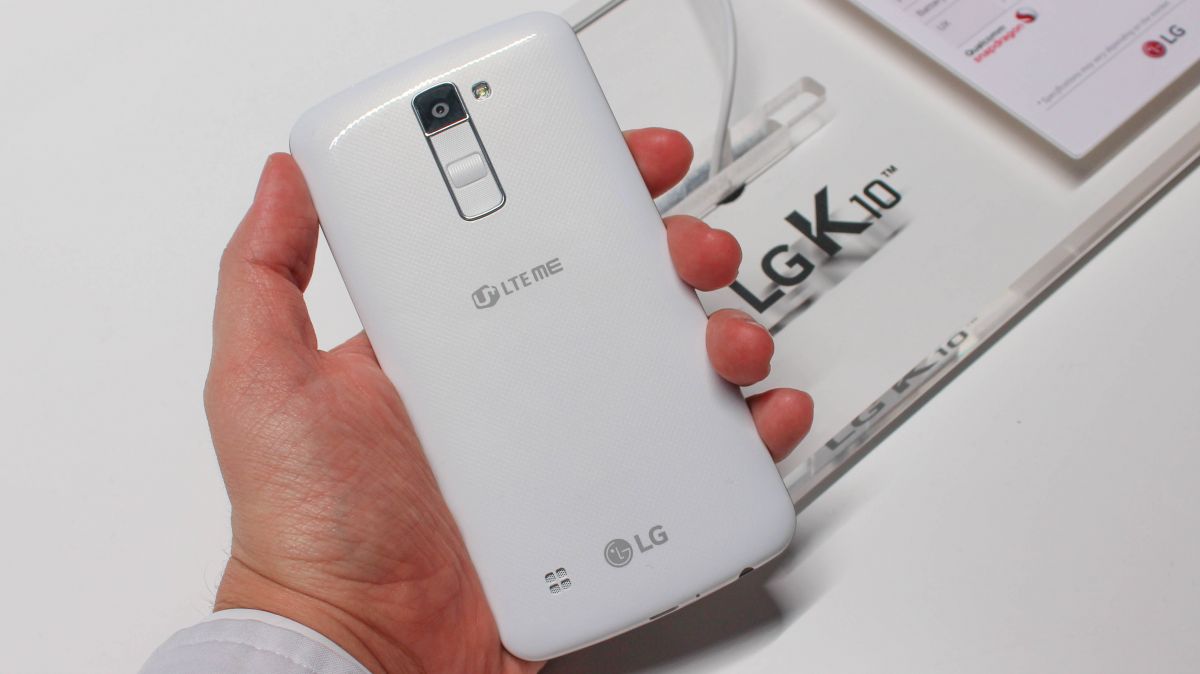 Trying out this Android 5.1 Lollipop phone, I immediately liked the large 5.3-inch display and the 2.5D arc glass, which gives it a clean, smooth feeling in the hand.

There are no distinctive seams on this smartphone, and as long as you’re only looking for mid-range specs, this may be the edge-less budget handset with an edge over its competition.

I got to try out the LG K10 in white at CES, and immediately noted LG’s new pebble design language. While the phone is aimed at a younger audience, it looks modern enough for anyone. 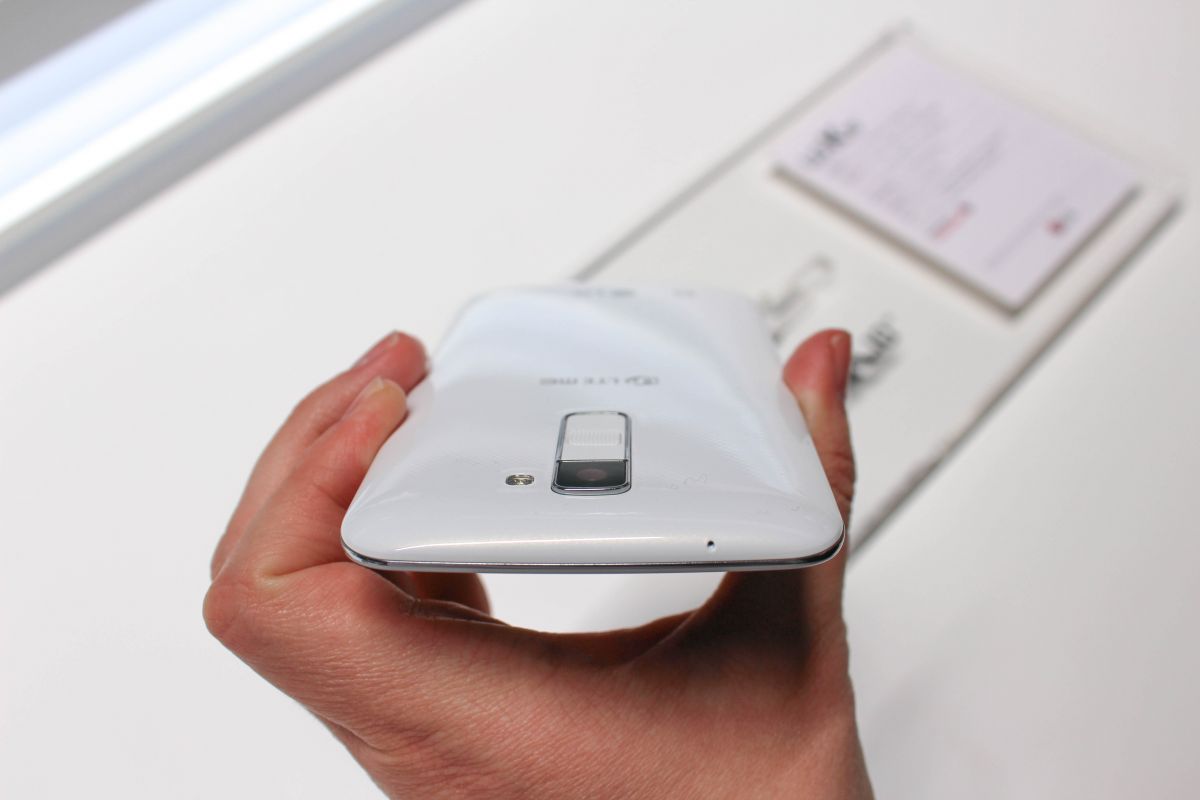 The all-around smooth finish is thanks to LG’s buttonless frame, which sticks the volume rocker and power button on the back of the phone. The seamless edges really emphasise this now.

I’ve always enjoyed LG’s design ethos, which helps me avoid accidental presses of the aforementioned key buttons, until of course I blindly press the wrong one or smudge the camera on back.

Whether,you go with the white or the indigo LG K10, the design won’t fool anyone into thinking you’ve gone out and purchased a flagship Android, but it’s a nice plastic alternative.

The LG K10 gives budget Android phone-seekers a spacious 5.3-inch display for less money, and the company has settled on an adequate 720p resolution. 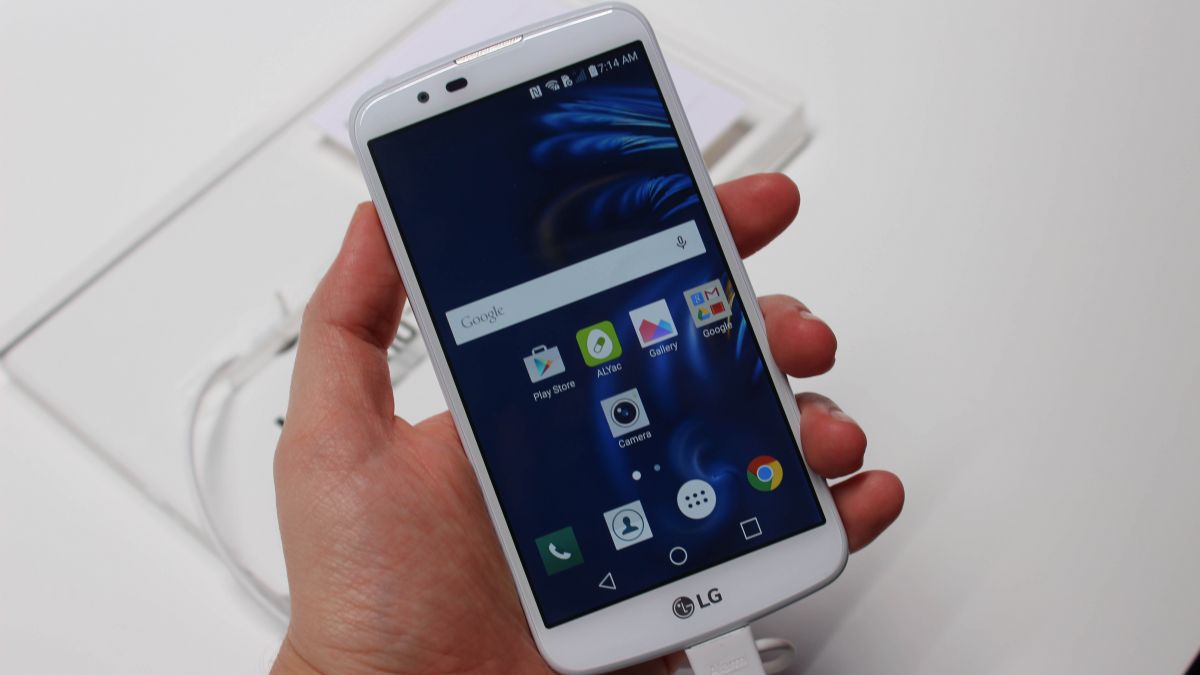 It’s hard to find a solid 1080p budget phone, and this one looks solid enough – at least from the show floor – with its IPS in-cell LCD and capacitive touchscreen.

We’ll have to put it next to the LG G4, with its quad HD resolution, to see how the pixels match up in our full LG K10 review.

The LG K10 internals aren’t clear cut right now because the processor, memory and storage that you get will depend on which part of the world you’re in. There are a bunch of configurations. 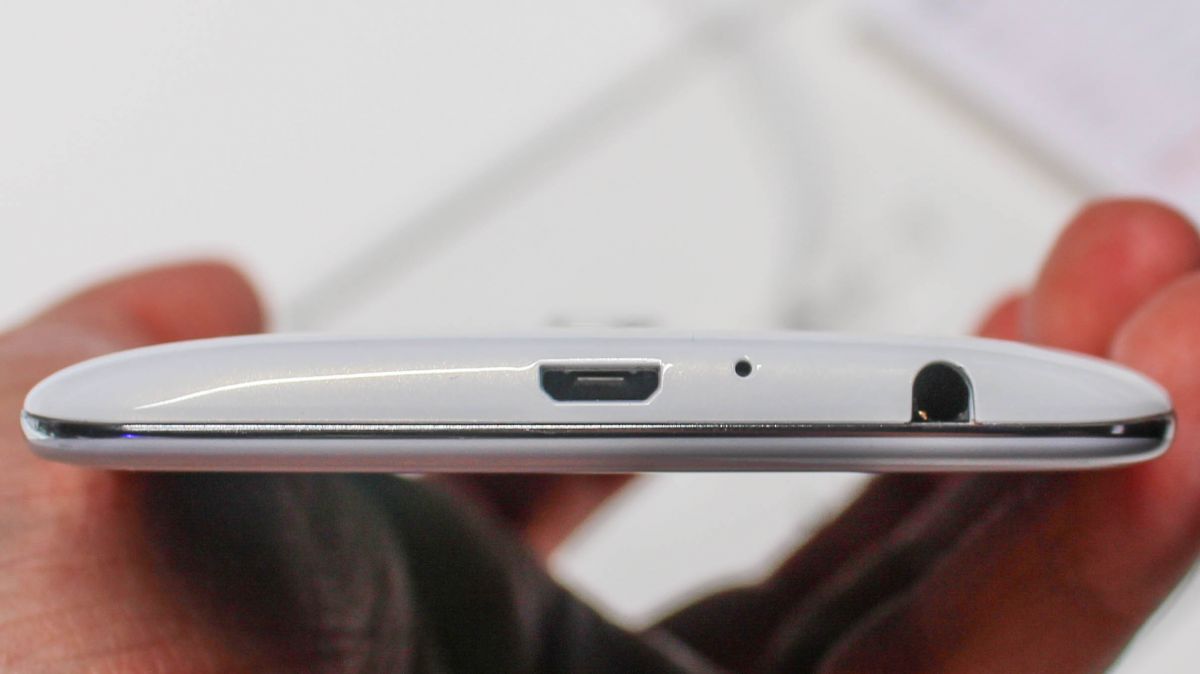 There are two 4G LTE versions of this Android phone, with 1.2GHz or 1.3GHz quad-core chips combined with two battery-saving slower 1.14GHz cores. The third, 3G, edition comes with a 1.3GHz quad-core System-on-a-Chip.

The camera specs are all over the place too. The fastest LG K10 comes with higher-end sensors – 13MP round back and 8MP on the front. 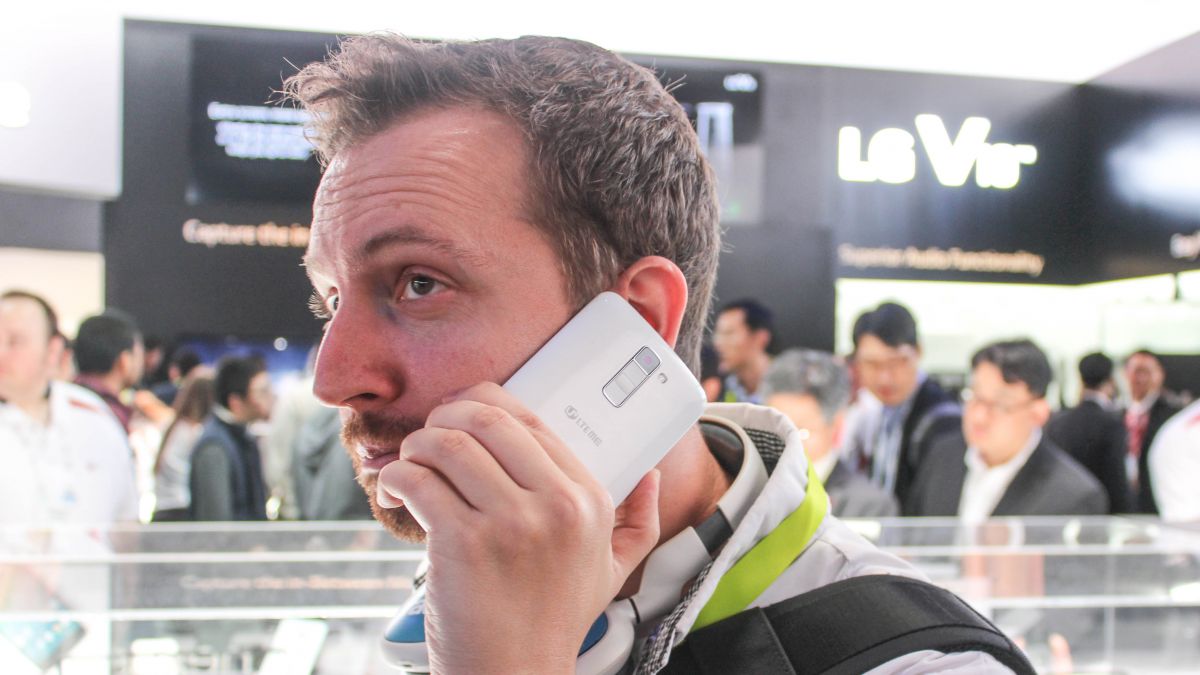 The middle of the road 1.5GB RAM option subs in a 5MP selfie camera on front, while the 3G edition sticks with 8MP on both front and rear. LG features such as gesture shot for photos make the cut too.

The LG K10 is a 5.2-inch Android phone with a likeable, polished design – so polished that its 2.5 arc glass and pebble design language leave it without noticeable seams.

Of the three configurations, the top-of-the-line K10 could be fast enough for most phone owners, especially among that younger audience it’s being marketed to.

Of course, it’s going to come down to price and carrier options. LG has been making some solid flagship options, so we’ll see what it can do at the budget end in 2016 in our full LG K10 review. 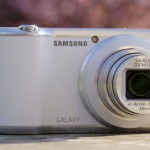 Taking the lead: how to transfer your camera snaps without a cable 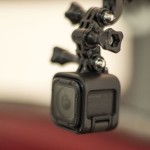 Don't miss a deal at Sephora
Best offers at Virgin Media
Discounts, Sales and Deals at Sky
Save your money with O2 Mobile
Online-Shopping with Nike DE
Best products at Carphone Warehouse