The TicWatch 3 Pro is the first premium smartwatch from the brand in years. With a bigger display and sleeker look than its predecessor, the new wearable is a svelte device that looks closer to a traditional timepiece. And as the first watch with a Qualcomm Snapdragon 4100 chipset, it’s potentially the fastest Wear OS smartwatch on the market.

The TicWatch 3 Pro is a follow-up to the TicWatch Pro, which was originally released in 2018 and had a minor update earlier in 2020, but the new smartwatch packs all the perks you’d expect for a wearable coming out this year, including an SpO2 sensor to track blood oxygen levels, environmental noise detection, and an always-on screen.

In other words, on paper, the Wear OS-powered TicWatch 3 Pro seems like a worthy successor to the TicWatch Pro, which ranked highly on our best smartwatch list for years. In practice, we’ve definitely become more accommodated to advances in watchOS and even Samsung’s Tizen OS, so Wear OS looks a bit sparse in comparison these days.

But with plenty of its own Tic-named apps and the cleanest Wear OS implementation that we’ve seen in years, the TicWatch 3 Pro’s software experience is suitable for anyone who wants a simple and effective smartwatch experience. Whether it’s the new chipset or not, browsing through the interface is seamless, even if there isn’t quite enough hand-holding to understand how the side buttons play into each feature.

While the TicWatch 3 Pro is notably pricier than other wearables in TicWatch’s budget-friendly lineup, it’s cheaper than other 2020 smartwatches like the Samsung Galaxy Watch 3. That puts it in a prime position to appeal to users who want a premium device but don’t want to pay smartphone-level prices for it. 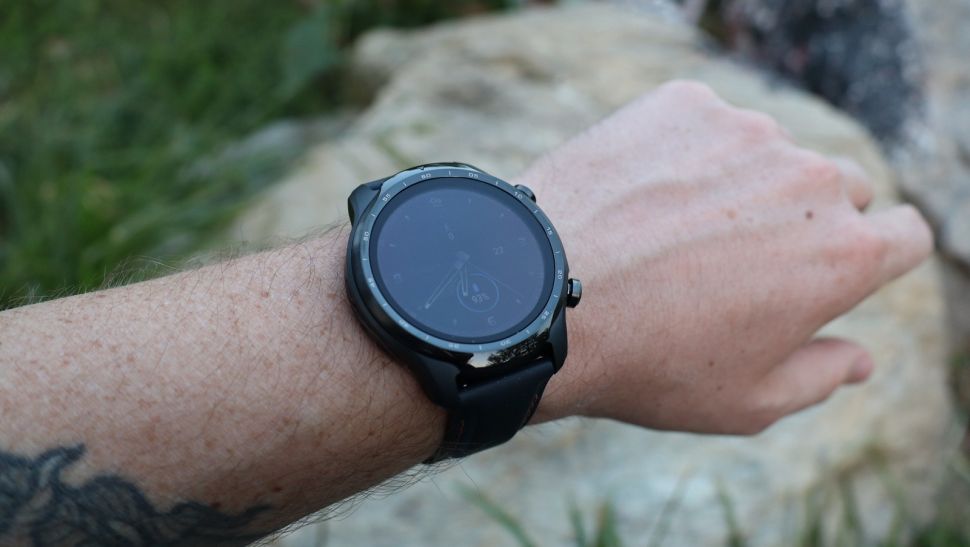 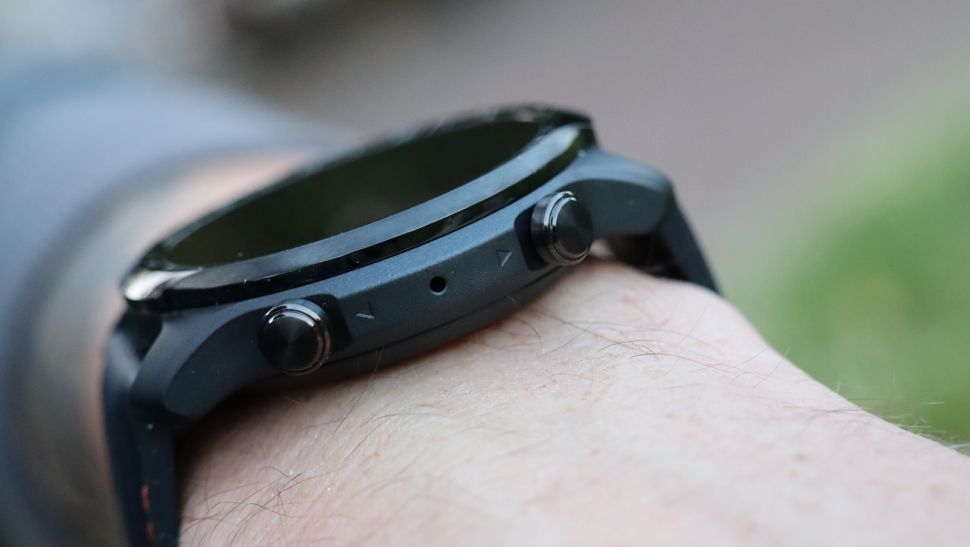 The TicWatch 3 Pro just looks premium, with a matte black metal case, black glossy dial with thin bezels, and relatively thin case. It’s a big watch at 48mm wide, to be sure, but looks far slimmer than its predecessor and other smartwatches of yesteryear. Its 42g makes it similar to or lighter than today’s pricey watches.

The TicWatch 3 Pro’s 1.4-inch display is very crisp, bright, and responsive to the touch. It has an always-on mode, too – but unlike other smartwatches, it’s not a minimal low-power-drain version of its typical watch face, it switches to a monochromatic set of numbers that looks like digital watches of old. 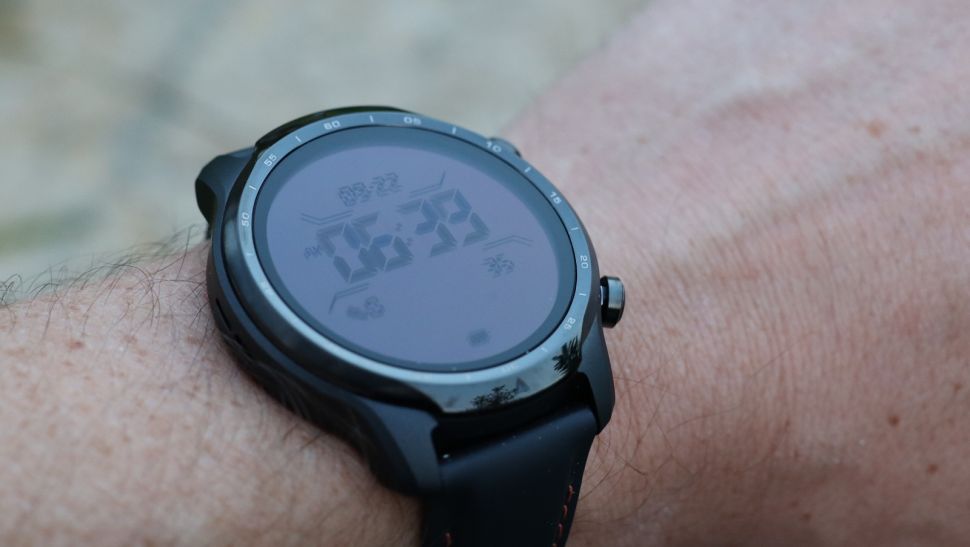 Most of the design changes from its predecessor trim down its appearance, making it look far leaner despite being only 0.4mm thinner (12.2mm thick for the TicWatch 3 Pro vs. 12.6mm for the TicWatch Pro). Otherwise, it’s pretty identical, with two buttons on the right side for functionality: the top button brings up the app screen and a long-press activates Google Assistant, while the bottom is a customizable app shortcut. The bottom of the watch packs the ECG and SpO2 sensors.

The TicWatch 3 Pro comes with a synthetic watch strap with stitching that makes it look a bit like the leather bands on more premium watches, which at least makes it more suitable for workouts – or shallow swimming thanks to the watch’s IP 68 dust- and water-resistance rating. 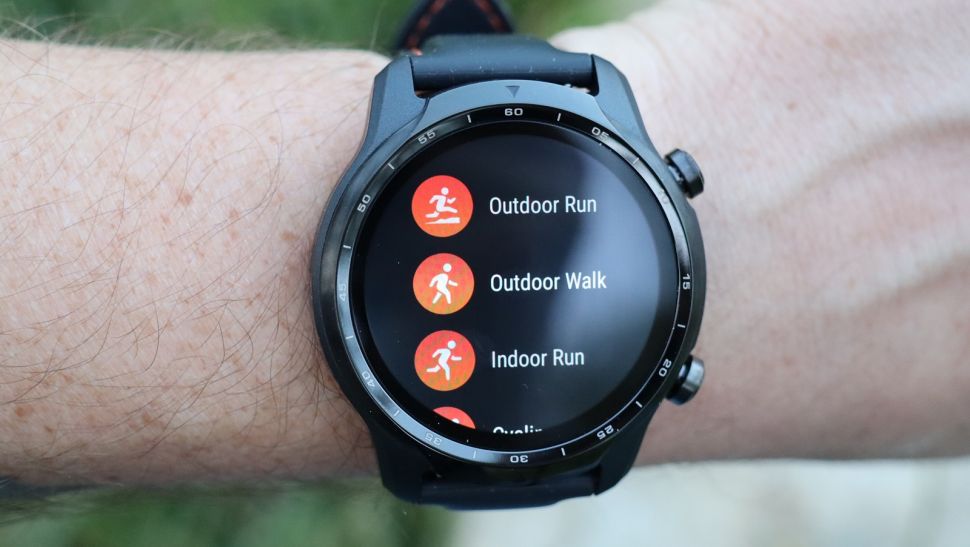 The TicWatch 3 Pro packs a suite of TicWatch-made workout and health apps, which are all branded with the Tic- prefix (TicExercise, TicHealth, TicSleep, and so on). This divvies the expected features pretty cleanly, though you’ll keep getting prompted to feed all your biometric data back to your MobVoi account.

The TicExercise app works well enough with 13 workouts to choose from, though it makes the odd choice of relegating the ‘stop exercise’ command to the lower-right button (and doesn’t tell you) instead of just having it on the screen. If you want other workout and health options, you can go for Google’s Fit suite of apps, which come pre-installed.

Through the other Tic-suite apps, you can measure heart rate and blood oxygen level as well as track your sleep. We haven’t spent much time with the latter, but the lengthy three-day battery life means we won’t worry about remembering to recharge the TicWatch 3 Pro before tracking sleep every night. 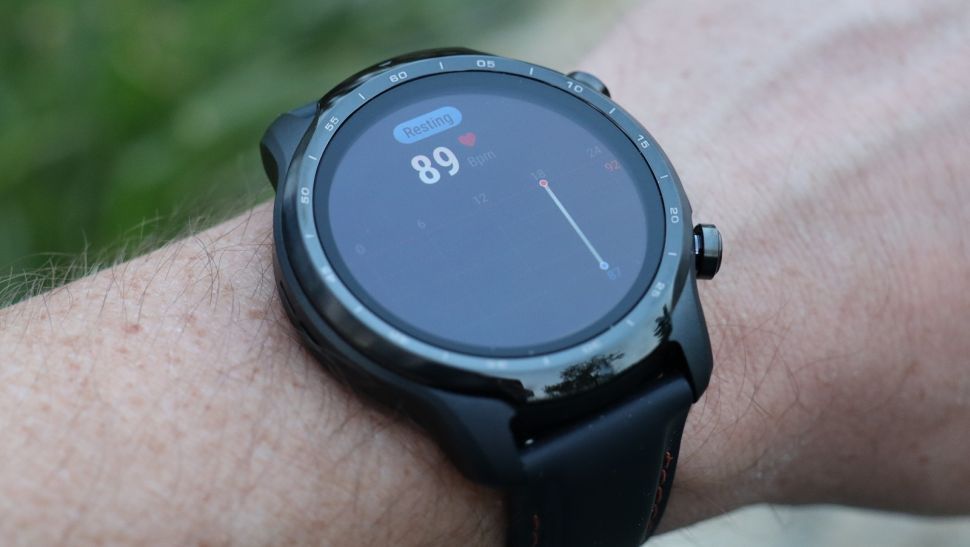 The TicWatch 3 Pro is the first smartwatch to pack the Snapdragon 4100 chipset, and with 1GBRAM, it’s a fast watch that hasn’t lagged on us yet.

The TicWatch 3 Pro follows a pretty standard installation of Wear OS, with the usual ‘slide left/right/up/down’ gesture shortcuts for events/tiles/notifications/control center, respectively. If you’ve ever used a Wear OS watch before, you won’t be surprised.

Hit the top-right button and you’ll find all your installed apps in a double column, which is a simple way to sift through your software, though it’s not nearly as fancy as the radial selection of apps on the Samsung Galaxy Watch 3, for example, or the swath of icons on the Apple Watch. 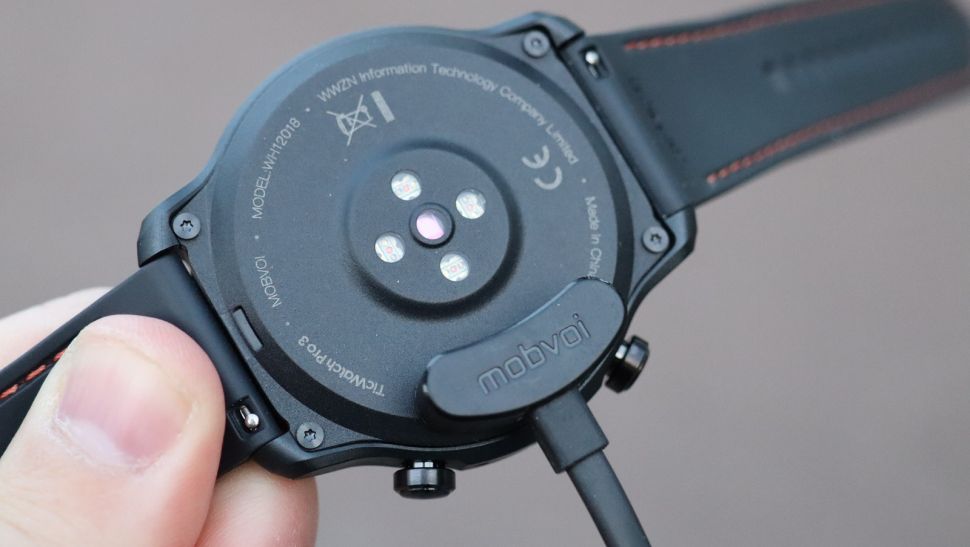 The 577mAh battery is another of the TicWatch 3 Pro’s standout features. While it will likely last you past two days and into a third, you can cheat out more battery life by switching to Essential Mode, which has the same appearance as the bare-bones monochromatic digital watch-style always-on display. While decidedly old-school in looks, it shows more info than most battery-saving modes, like heart rate, oxygen saturation, step count, and sleep monitoring data.

The TicWatch 3 Pro seems like a great and somewhat cheaper alternative to one of the best smartwatches on the market, the Samsung Galaxy Watch 3. While it misses out on the radial dial, nearly every other part of TicWatch’s premium wearable measures up, from its sleek looks to the expected suite of fitness and health features. With a truly huge capacity battery, we’re not too worried about taxing the watch with GPS and sleep tracking. The long-awaited update to the TicWatch Pro has been worth waiting for. 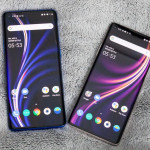 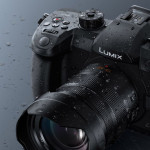 Don't miss a deal at Currys
Best offers at Udemy
Discounts, Sales and Deals at Myprotein
Save your money with Ticketmaster UK
Online-Shopping with Intuit Small Business
Best products at EE Mobile