As we reach the eve of Black Friday, one retailer is about to launch one of the cheapest Nintendo Switch Black Friday deals we’ve seen so far. But it won’t be around for long.

Later today, you can get a Nintendo Switch for £239 at The Game Collection. The offer will be live on its eBay Store from 8am in very limited quantities. Once it’s gone – it’s gone. This is £20 less than the normal price of the Switch console, which just recently got a permanent price cut down from £279 to £259 ahead of this year’s Black Friday deals.

The only other retailers that have come close to this price are the supermarkets Morrisons and Tesco. The former had a Switch for £230, while Tesco had a Nintendo Switch bundle with Mario Kart 8 and a 3-Month Switch Online membership for £239 – but that was only available to its Clubcard members.

These sorts of in-store only Black Friday deals from supermarkets are usually much lower than the ones we see online as they are loss leaders get to people through the doors that are then recuperated with other purchases.

If you – understandably – don’t want to venture out on a chilly November day, then this Nintendo Switch Black Friday deal from The Game Collection is only £9 more. Plus, you just have to set an alarm for 7:55 and you can order while still snuggled up in bed – and then go back to sleep. The dream.

(Not in the UK? Scroll down for the best Nintendo Switch Black Friday deals in your region.)

Nintendo Switch: £239 at The Game Collection (via eBay)
Save £20 – If you’re only after a Nintendo Switch this Black Friday then The Game Collection will have the best price this morning from 8am on its eBay store. We’ve seen a couple of supermarket deals that have been slightly cheaper than this (by just £9) so this is still a good price for a brand new Switch console if you’d prefer to buy online.

Nintendo Switch (Neon) + Mario Kart 8 Deluxe + Just Dance 2022 + 3 Months Switch Online: £284.99 at Amazon
Save £94 – Do you want a bundle instead? This is easily the best Nintendo Switch bundle available to buy right now. When a console by itself would usually set you back £259.99, the addition of Mario Kart 8, Just Dance 2022 and a 3-month Switch Online membership for a saving of almost £100 shows just good value this bundle is from Amazon. 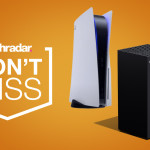 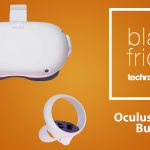 Don't miss a deal at Marks and Spencer
Best offers at Udemy
Discounts, Sales and Deals at H&R Block
Save your money with House of Fraser
Online-Shopping with Groupon
Best products at Sephora