Here’s your best look yet at the OnePlus 8T

We already had a fairly good idea of what the OnePlus 8T was going to look like. But now, thanks to a fresh leak and OnePlus-made teaser video, we know with absolute certainty how the design will differ from the 8 and 8 Pro. Let’s start with the official materials: OnePlus posted a 17-second teaser yesterday that shows the back of the Aquamarine Green variant. We’ve seen this shade before in plenty of leaks, but it’s nice to see a full reveal in video form. The biggest design change is the rear camera module, which is larger than before and positioned in the top left-hand corner.

As The Verge reports, OnePlus CEO Pete Lau shared the video in a forum post and explained how the glass back differs from previous phones:

“After exploring countless iterations with different CMFs (color, material and finish) for more than 4 months, we achieved a breakthrough and produced a remarkable glossy back cover for the new Aquamarine Green variant of the OnePlus 8T. This version takes advantage of diffuse reflection, a form of light refraction that scatters light in an expansive array of angles and directions, to produce a clean, gleaming surface that effectively mitigates the buildup of fingerprints.”

If green isn’t your bag, leaker Ishan Agarwal has shared some fresh renders of the Lunar Silver variant. The images also corroborate earlier leaks that showed an edge-to-edge display and holepunch notch, just like the OnePlus 8 and 8 Pro. It’s an unsurprising successor that will ship with a 120Hz display and, most likely, Qualcomm’s Snapdragon 865+ processor. Unlike last year’s 7T, however, OnePlus isn’t preparing a ‘Pro’ variant of the 8T. We don’t mind the simpler strategy, given the company has already released the mid-range Nord in the second half of 2020, and is reportedly working on another, yet-to-be announced device for the US market. 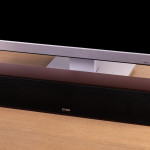 Zvox AccuVoice AV157 TV Speaker review: It's like a hearing aid you plug your TV into 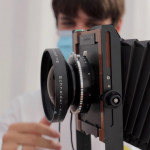 Behind the Scenes: Shooting 8×10 Polaroids of Strangers

Don't miss a deal at Marks and Spencer
Best offers at Argos
Discounts, Sales and Deals at Farfetch
Save your money with Argos
Online-Shopping with Surfdome
Best products at Sephora