The poster was shared on Weibo by one of the brand’s official accounts, and spotted by GizmoChina.

The Honor Hunter gaming laptop series will first make its way to the Chinese market and as of now, it is unclear whether it will come to India or not. It is the first gaming laptop by the brand and may be sold at a relatively affordable price point.

Xiaomi sub-brand Redmi is also launching its first gaming laptop, the Redmi G, tomorrow, August 14 through an event that will start at 2pm in China (11:30am IST). While the specifications for this gaming laptop are currently unknown, Redmi has shared what the laptop will look like. It comes with slim bezels on the sides and top, with a thick chin that seems to house the webcam. There are ventilation holes on the right side, along with a headphone jack and a USB port. 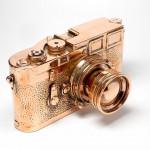 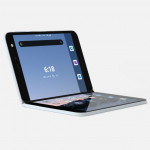 Don't miss a deal at Brian Tracy
Best offers at House of Fraser
Discounts, Sales and Deals at Myprotein
Save your money with Sephora
Online-Shopping with Turbo Tax
Best products at The Home Depot